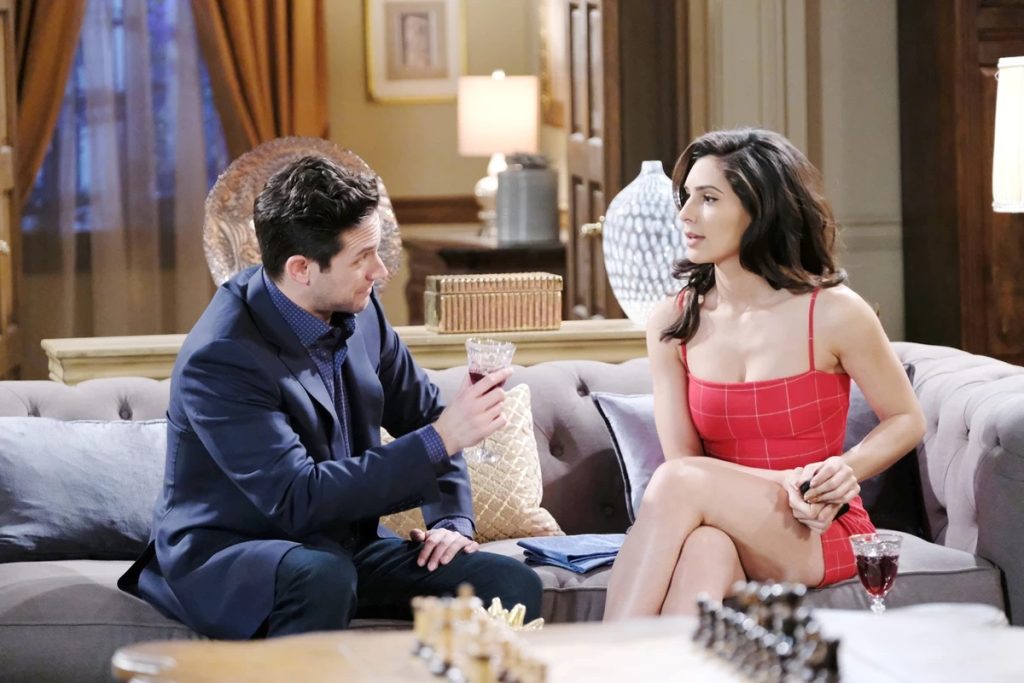 Days Of Our Lives Recap For Thursday, September 29, 2022: Stefan Meets With Gabi, Chloe Makes A Decision

Days of Our Lives recap for Thursday, September 29, 2022, revealed the story of Stefan and Gabi. First, we saw Stefan confess his love for Chloe and mention Gabi as a mere hindrance. EJ asked him if he remembered the people involved in his recovery, and Stefan said his memory was hazy. Ava arrived in Gabi’s office and wanted to prove she was not crazy as Stefan was, indeed, alive.

Later, Li spoke to Chloe and learned that she was happy with Brady and would not indulge in Stefan’s wishes. Later, Li went to Gabi and asked her to marry him. Stefan arrived and demanded his shares from Gabi, who returned them without a fight. He also wanted to file for his divorce as both of them were moving on.

In this episode of Days of Our Lives, we saw Stefan appreciate EJ DiMera for bringing justice to Abigail’s death. He also reflected on his love for Chloe. Previously, we saw that Dr. Rolf had brainwashed Stefan to believe he was in love with Chloe instead of Gabi. Stefan added that Gabi was only a hindrance in his path towards Chloe.

EJ asked if anyone other than Kristen was involved in the secret plan with Dr. Rolf. Stefan insisted his memory was hazy, and he did not remember everything. EJ received a new notification and decided it was time to bring his plan into action. Previously, we saw that EJ planned to use Stefan to get Gabi’s shares in DiMera Enterprises.

Speaking of Gabi, Ava burst into her office and wanted to discuss Stefan’s return from the dead. This proved that she was not hallucinating and hence she was not crazy! Moreover, Gabi also learned that Johnny would not support them anymore and hence asked Ava to tell him the truth so that he could change his mind.

Li met Chloe and learned that she was happy with Brady Black. Moreover, Chloe warned Li

that she would not be able to keep Stefan away from Gabi. Later, he met Gabi at her office and told her he loved her and wanted to marry her. Stefan walked in, and Gabi thought he was here to discuss the shares.

However, Stefan admitted he was here for another reason, he wanted to talk about his love for Chloe. Clearly, both Stefan and Gabi had moved on, and hence he had decided to file for divorce. When EJ went to the legal department, he learned Stefan had his shares again. Stefan demanded his stock certificates, which Gabi shared with him.

Moving forward in this episode of Days of Our Lives, Johnny was at Allie’s apartment, sleeping on the sofa. Chanel looked at him in his underwear, and he asked her what she was doing. Allie came and informed Johnny that he had stayed longer than he needed to. Chanel suggested he should stay with them for a few more days. Johnny teased if Allie was jealous

of their incredible chemistry.

Days of Our Lives episode saw Allie snapping at Chanel. She wondered why Chanel would think Allie was jealous and denied this accusation. Allie then asked Chanel if she was happy being around Johnny in that state. This left this couple in a rather disturbed state. Chanel reassured Allie and was upset to see that Allie did not trust her. However, when Johnny left, the couple kissed and made up. Days of Our Lives airs weekdays on NBC and Peacock. Stay tuned with TV Season & Spoilers for the latest news and updates.