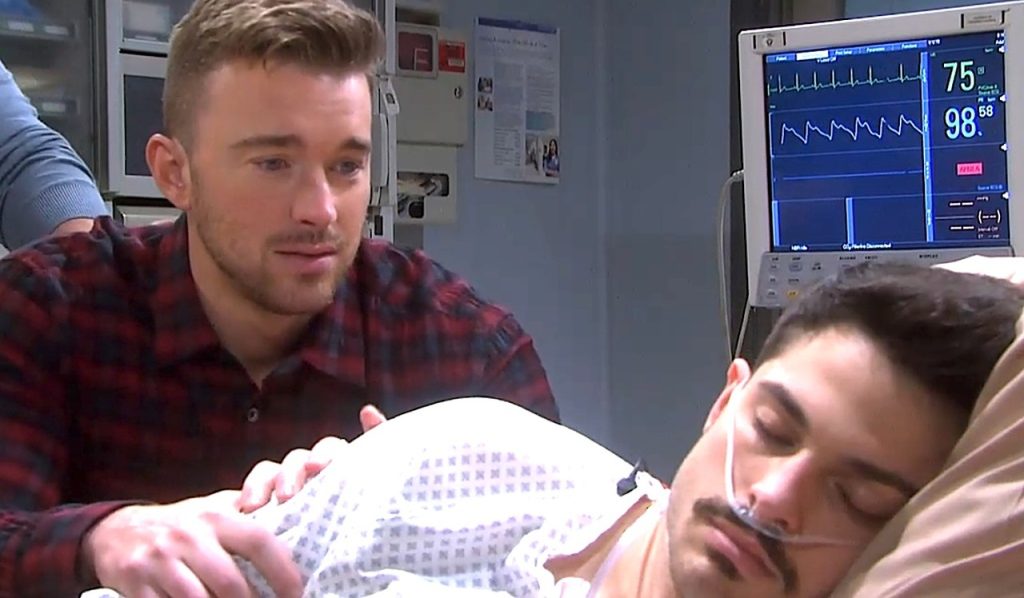 Days of Our Lives spoilers suggest a new twist in Leo’s investigation. Previously, we saw Chad rescue an injured Sonny after finding Leo near him. Chad believes Leo is Sonny’s attacker and Abigail’s murderer. However, it doesn’t look like that’s the case. Jada and Rafe will launch a full-blown investigation against him.

Rafe decided to seek Leo’s lawyer, Sloan, to help find him. Their plan fails as Leo runs from the cops once again. However, Days of Our Lives spoilers suggest that Sonny will miraculously recall the attack’s new memories after seeing Leo in his ICU room. Could these new memories help find the attacker? Keep reading to find out.

Sonny Is Rushed To The Hospital

Previously, we saw Chad discover Leo standing beside Sonny’s injured body. Leo arrived at Titan and ran into an injured Sonny lying in a pool of his blood. Chad arrived at the same time and accused Leo of attacking Sonny. However, Chad rushed Sonny to the hospital before calling the cops on Leo.

He yelled at Leo and asked him to call 911 to help Sonny. Leo sneaked off before the cops arrived. Chad tried to stop the bleeding with his coat and prayed for Sonny’s wellbeing. Rafe and Jada decided to start the investigation and arrived at Titan.

After the investigation began, Rafe and Jada decided not to lose sight of Leo. They decided to investigate him as a suspect in Abigail’s murder as well as Sonny’s attack. After Jada and Rafe found the evidence at Titan – a revenge list and the weapon of crime – Rafe decided to seek Sloan’s help. Sloan is Leo’s lawyer, and hence, she knows his whereabouts.

Rafe threatens to book Sloan as an accessory in Leo’s crimes and asks her to cooperate. She calls Leo at his motel and asks for his address. Rafe and Sloan arrive at the destination but realize that Leo has given them the slip again. Sloan was convinced Leo was being framed for the crimes.

Days of Our Lives spoilers reveal that Sonny trusts Leo and accepts he could not be the attacker. Leo arrived at Sonny’s hospital room to convince him, and Sonny agreed. Moreover, spoilers suggest Sonny will recall new memories from his attack. He will pay attention to his memories and tell the cops immediately.

Will Sonny’s memories make things easier for Leo or implicate him? However, it is a good thing if the investigation can move forward. Leo is desperate to escape and leave behind the false charges laid against him. Days of Our Lives spoilers suggest Sonny will get several new memories throughout the upcoming episodes.

Will the culprit be Abigail’s murderer, or is another criminal out on the loose? We will have to wait and watch to find out! Days of Our Lives airs weekdays on NBC. Stay tuned with TV Season & Spoilers for the latest news and spoilers.