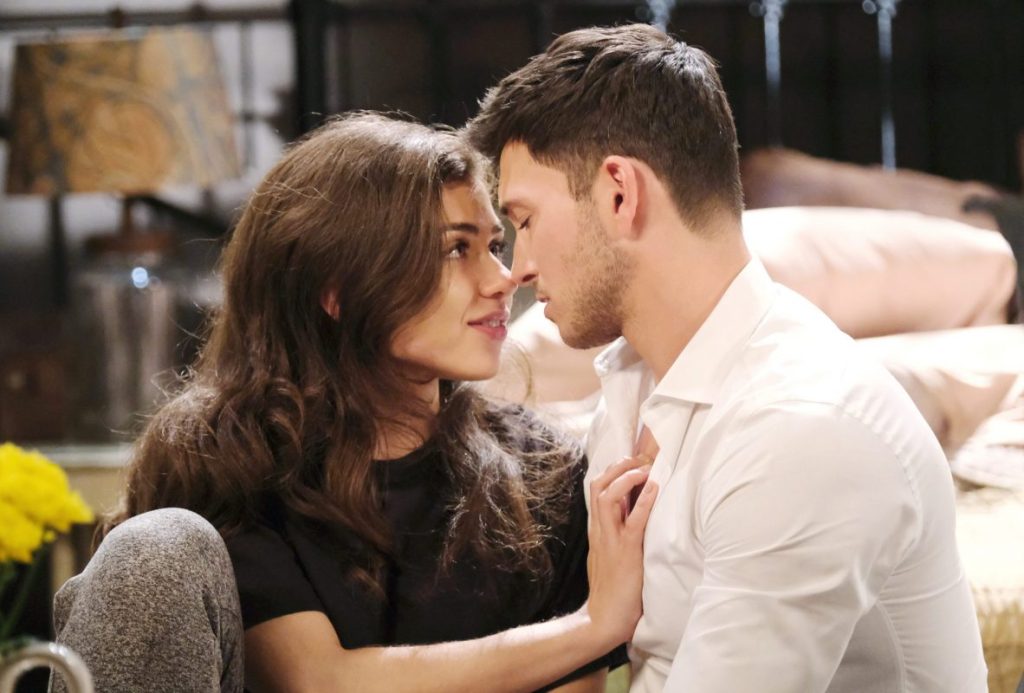 Days Of Our Lives Spoilers: Ben-Ciara’s GOODBYE To The Soap, Robert Wilson Joins As NEW Character

The latest Days of Our Lives spoilers suggest that a major cast exit is about to happen. No, this isn’t about Abigail being murdered. But, if the latest spoilers are to be believed, Ben and Ciara will leave town. While Ciara portrayer will leave, Ben portrayer Robert Scott Wilson will return as some other character. How would things move on from here? Here is everything to know.

As per some Days of Our Lives insiders, Ben and Ciara are leaving Salem. They will make a joint exit soon. TV Season & Spoilers recently reported how Hope would send them some presents, and that could lead to the two of them leaving the town. It looks like all those speculations might be true after all. The two of them would exit soon.

Long time Days of Our Lives viewers know that Victoria Konefal (Ciara Weston) keeps coming and going from the soap. Up until now, it was okay because she did not have a family. But now, Ben and Ciara have a baby. Suppose the two of them exit and Ben returns, abandoning his family; it won’t just look good. So, it is likely that all three of them would leave.

There are fewer chances that Victoria Konefal

would return to the soap again, but we are sure Robert Scott Wilson will return. However, the little twist here is that he won’t come back as Ben. In fact, Celebdirtylaundry.com reveals that Robert would come back as some new character.

This is very common in the soaps. For instance, Kyle Lowder, who initially played the role of Brady Black, was recast with Eric Martsolf. However, Lowder came back to the soap as Rex Brady recast. While it takes some time to get used to this, everything eventually falls into place, and it looks like this will happen once again.

Coming back to Robert, we do not know what character he would play upon his return to the soap. But there is a possibility that it would be a new character. Instead of breaking up Ben-Ciara’s blissful family

, Days of Our Lives will bring Robert back as a fresh character. We do not know what will happen to Victoria there, but we hope to get updates on that soon. Days of Our Lives airs on NBC all weekdays. Don’t miss the action.
News