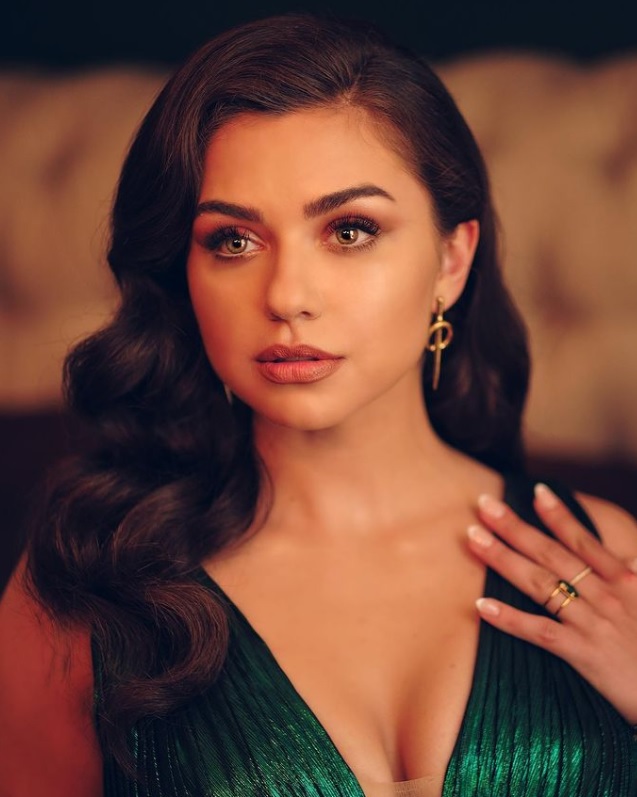 It doesn’t take a lot of time to make a big decision. That is what at least Days of Our Lives star Victoria Konefal thinks and believes. Over the past week, the actress attended the Grammy Awards, and it has influenced her very much. Taking onto her Instagram, the actress shared some pictures of the event and opened up about how she was feeling.

Posting pictures in a black dress looking like a million bucks, the actress captioned it by telling everyone that the magic she experienced over the weekend was unparalleled. She told all the artists who were on the stage that they had done something incredibly special.

She still cannot believe that she was in that room that night, experiencing all the talent and inspiration. Further, the actress said that she had goosebumps through the night. Concluding the caption, she says that she might become a rockstar next. Who knows?

As the actress updated her fans about all of this, one of her followers asked her what did she mean by “might.” After correcting that, the actress said that she “will” become the rockstar she wants to be. Fans would know that Victoria is anyway a gifted singer and wants to pursue a career in music. So, this could be the perfect alignment.

Since Victoria has decided that she wants to become a rockstar next, would it change her acting career? Probably not. If Victoria decides to become a singer, she can still continue acting. Many other stars have become rockstars while they were still working on the soap.

For instance, Michael Damian had a No. 1 smash when he remade the song “Rock On.” He was working as Danny on The Young And The Restless back then. DOOL alum Olivia Rose Keegan who once played the role of Claire is a huge name in High School Musical.

So, if Victoria wants to work as a singer/rockstar, she can pursue that with acting. But it would be fun. Days of Our Lives is bringing new twists and turns in the upcoming das. So, make sure you tune in and enjoy.