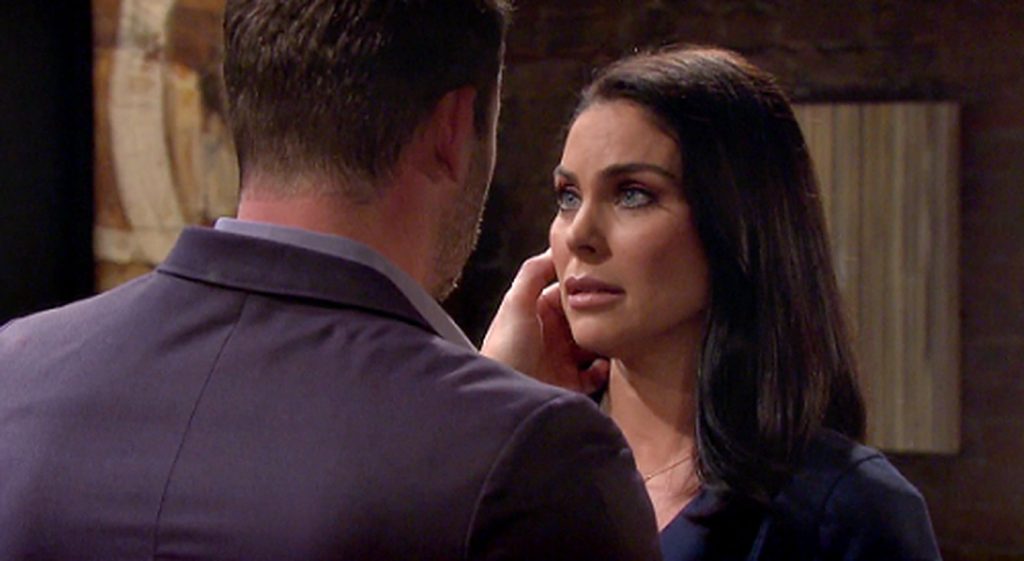 Days of Our Lives spoilers tease that Kristen’s plan is soon to crumble down once the rare orchid goes missing. Brady will finally find a way to walk out of her life and find peace with Chloe. However, Chloe is with Stefan. How will Brady get the chance to get back with Chloe? And will she be willing to put her guard down for Brady? Let’s see how the storyline might pan out in the upcoming weeks.

The Rare Orchid Goes Missing, What Will Brady Do Now?

Fans know that Kristen was using the rare orchid as leverage to keep Brady to herself. Days of Our Lives then showed how Kristen forced Brady to dump Chloe and get back with him. As for Brady, he never wanted to leave Chloe but eventually had to because of Kristen. Chloe was in complete shock when Brady confessed that his daughter is more important to him than Chloe and broke up with her. She didn’t even know what actually happened or what made Brady take such a major decision.

Well, that wasn’t the end! Brady then helped Kristen move in with him at his house. This was the time when Chloe completely lost it and was shaken to the core. Later, when Marlena, Kate, and Kayla’s health deteriorated, it was Kristen again who sent in some serum that saved their life. Yet again, Kristen proved to Brady that saving all the former hostages in only in her hands. Making it more difficult for Brady to leave Kristen.

In the meantime, Brady did search for the orchid everywhere in her house but failed to get it. The recent preview video of Days Of Our Lives showed that the orchid will go missing. Once the leverage is missing, then what will happen to Brady? It is unknown who might have taken the orchid. But it certainly will free Brady from Kristen’s trap. Now that he is free, what will he do first? Let’s see what he might do now.

Days Of Our Lives Spoilers: Brady Tries To Win Chloe Back

As for now, fans know that Chloe just has agreed to get back with Stefan. Days of Our Lives spoilers say the orchid will get stolen. If that’s the case, then Brady will go back to being with Chloe. Now, there are a few ways through which this might happen. Since Chloe is with Stefan right now, the recent spoilers showed how Stefan was taken aback by Gabi’s wedding invitation. Even though he doesn’t remember anything, he certainly was taken aback with her wedding invitation.

Chances are that Stefan might again get his past memories back. Once that happens, then Chloe might again get heartbroken. This is when Brady will come into play and will try to get back with Chloe. After facing so many heartbreaks, it is possible that Chloe might not want to put her guard down. So, it will be Brady’s chance to make her trust his love for her. Whatever the case, Brady will surely have some problems getting back with Chloe. Stay tuned as DOOL will air more action-packed episodes in the upcoming weeks. Days Of Our Lives airs exclusively on the Peacock+ streaming app! For more updates and spoilers, visit our website, TV Season & Spoilers.