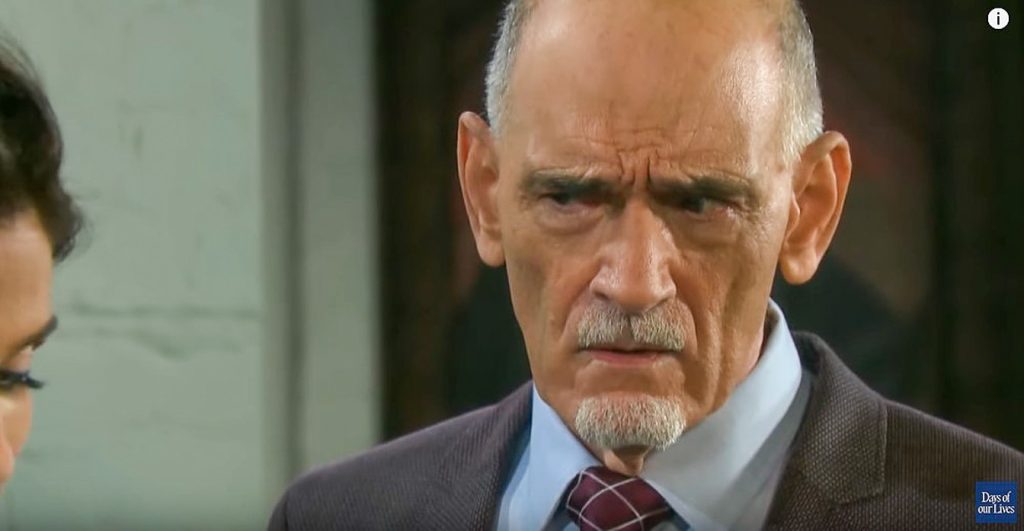 Days of Our Lives spoilers for November 17, 2022, tease that Rolf will attack Wendy in his secret lab. But she’ll be lucky enough since Johnny will come right at the time to rescue her. However, Rolf will go after Johnny now. In Salem, Gabi will receive another shocker once Stefan and Chloe announce something big. Eric and Rafe will also have a run-in, and looks like Rafe will insult Eric. How will Eric react to it? Keep reading to know what is brewing in Salem in today’s episode.

On Thursday, Wendy and Johnny will plot a plan to make Rolf confess his crimes. Over with Li, he will fear that Wendy might discover his role in Stefan’s brainwashing. Days of Our Lives spoilers tease that Rolf will get some intel and reach his lab. Looks like Wendy will have a mic and will try to make Rolf confess his crime and also tell her who is the mastermind behind all this. The plan will be to record the whole confession through that mic.

However, Rolf will be clever enough to understand the whole thing and will attack Wendy. Johnny will reach at the right time to rescue Wendy. Chances are there that Li might have told Rolf to watch his steps since he knows what his sister is capable of. Whatever the case, Rolf will then go after Johnny to attack him, but Wendy will smack a tray on his head, and both will escape the place.

In Salem, Gabi will also face some tough blows, which will leave her devastated. Days of Our Lives spoilers say Stefan and Chloe will make their relationship public. All this while, Chloe took her time to move on from Brady. However, it looks like she finally has decided to take the risk of loving Stefan again. As for Gabi, even though she is heartbroken, she will wish good for them. Since things have gone far now, Gabi will know that she shouldn’t waste her time and will only focus on her marriage with Li.

Elsewhere, Eric and Rafe will cross paths with each other. The spoilers say Rafe will insult Eric out of anger. Since Nicole choose Eric over him, he will certainly be very angry with Eric. However, little does he know that Eric and Nicole’s ship might sink soon, thanks to the pregnancy bomb! It will be really interesting to see who Eric will choose eventually. Fans know Eric has always wanted children, so will he change the decision and decide to be with Jada? We will know that soon. Days of Our Lives airs every weekday on Peacock + in the US and on the W Network in Canada. For more updates and spoilers, visit our website, TV Season & Spoilers.