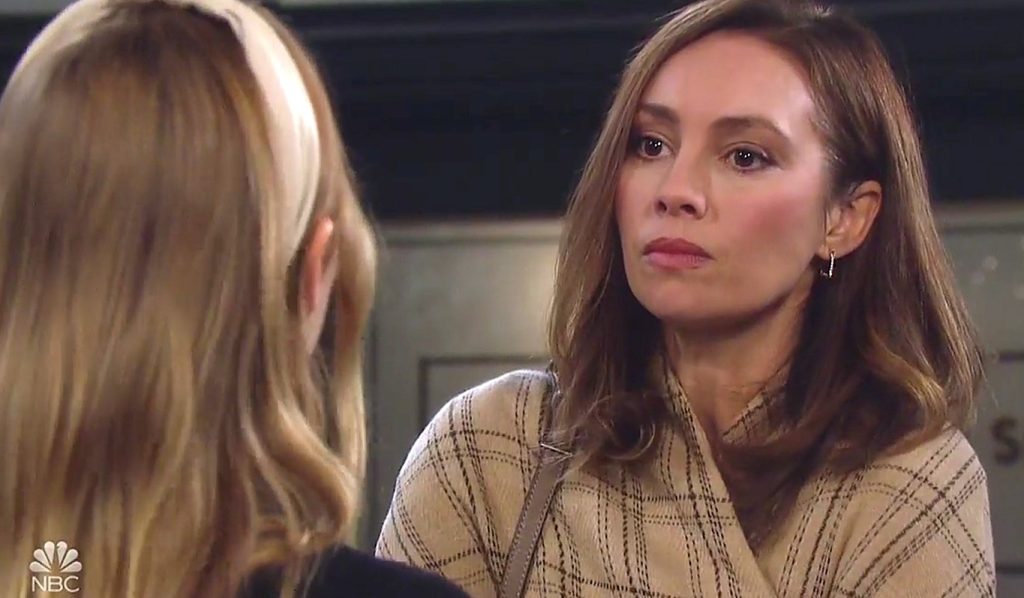 Days Of Our Lives spoilers for August 18, 2022, reveal that Chad will hurt his hand in the upcoming episode. At the hospital, Kayla will help dress his wound while advising him to focus on his children. Meanwhile, Leo’s lawyer will have a legal argument with Rafe. Sloan will suggest that they don’t have enough evidence to accuse Leo of murder. On the other end, EJ will not like the brewing closeness between Ava and Johnny. Later, he might also overhear Ava and Gabi’s conversation. Will he now know that Ava and Jake’s marriage was fake? Keep reading to know what happens today.

Sloan Is Not Satisfied With The Evidence

Leo has already landed in hot waters. Now, he needs a lawyer who can pull him off from the trouble. The spoilers for the Days Of Our Lives episode of August 18, 2022, claim that Leo will get a new lawyer, Sloan Petersen. Both Rafe and Sloan will have a legal argument. According to her, the evidence that police has is not enough to tag an individual with murder charges. However, Leo is likely to point at Gwen, and things might take a further u-turn. The game of passing the parcel seems to continue.

Elsewhere, EJ will not like the recent closeness between Ava and Johnny. He will be hell-bent on finding dirt on Ava. It is teased that Gwen will pay a visit to Ava later on, and EJ will overhear their conversation. No doubt, whatever he heard, he is surely going to have the upper hand from now on. It is teased that EJ might have heard that Ava was the one who helped Gwen escape Statesville. EJ will hit the jackpot and might now threaten Ava with it. He will pressure Ava either to transfer Jake’s shares or he will expose her in front of all. No matter how much trouble Ava might get in, she will know how to tackle it.

At the hospital, Chad will have a huge cut on his hand. The Days of Our Lives spoilers tease that Kayla will question Chad about his wound. She will know that Chad is currently going through a rough patch in his life. Not just his wife, he also lost his brother, Jake, and it is taking a toll on him. However, when questioned, Chad will tell her that he broke a glass out of anger.

Later, Kayla will help Chad by dressing his wound. She will try comforting Chad by giving him advice. According to her, he should focus on the people with him instead of those who left him. Right now, Chad has to take care of his children, Thomas and Charlotte. She will ask him to worry about them and let the police take care of Abigail’s case.

Elsewhere, Steve will grill her daughter, who just surprised him with her sudden return. Initially, Steve thought that someone might have broken into the house, but it was Stephanie. It is teased that Stephanie’s reason to return Salem will surprise Steve. With all the Orpheus-related problems going on, he will be worried for his family. Stay tuned and watch Days Of Our Lives, which airs every Weekdays on NBC. For more information on updates and spoilers, visit our website, TV Season & Spoilers.