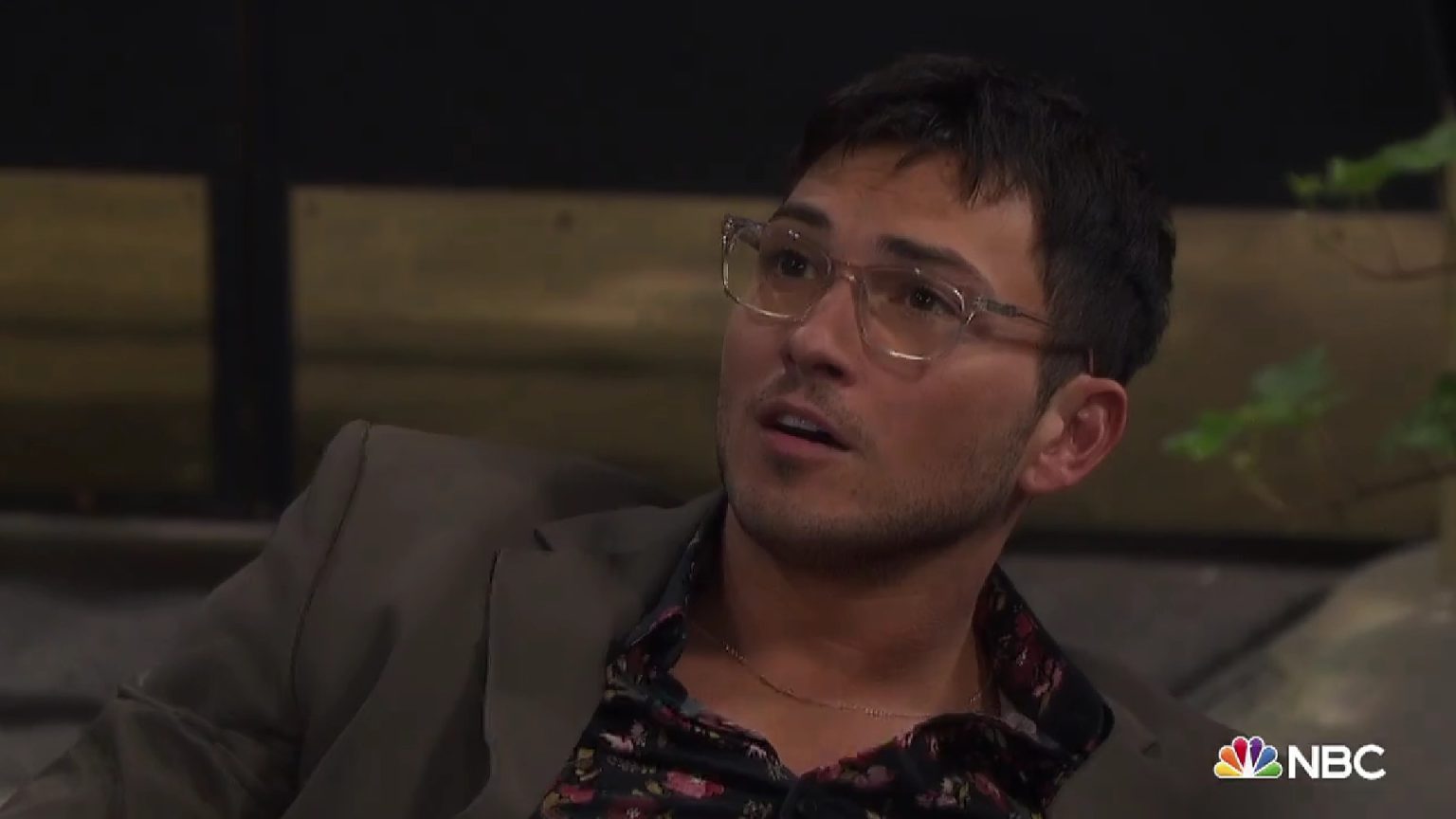 Days Of Our Lives Spoilers For The Week August 29-September 2, 2022: Alex Is IN LOVE, Orpheus Becomes A THREAT

Days Of Our Lives spoilers for the week of August 29- September 2, 2022, reveal that Orpheus will send some mysterious box to Steve and John. This will take them aback, but this isn’t the only suspicious thing happening on DOOL. The spoilers say that Sonny will get attacked by someone. While Alex might fall head over heels for Stephanie, there will be a lot of drama there.

Further, Days of Our Lives spoilers say that Gabi might overhear Li’s chat with Rolf. She will grow suspicious about everything. More Rolf-related spoilers say that he will start his brainwashing experiment on Stefan. Next week’s episodes have a lot of angst and drama; let’s see what happens next.

In the upcoming week of DOOL, Leo will get bail from the court and will finally be free. But will his freedom last? Looks like Leo is again going to land in hot water soon. The Days Of Our Lives spoilers for the week of August 29, 2022, tease that Sonny might get attacked by someone. He will lie on the ground unconscious with blood oozing out of his body.

In the meantime, Leo will decide to meet Sonny without knowing what has actually happened to him. Leo’s this decision might actually put him in more trouble. He will show up at Sonny’s place only to find him unconscious.

Further spoilers say, Alex, Bonnie, and Justin are sure to get some shocking news in the upcoming days. It will be related to Sonny. The question here is: Was Sonny attacked by the same person who killed Abigail? If yes, does that mean Sonny knows the killer? We will know that in the future.

Days Of Our Lives Spoilers: Alex Falls Harder In Love

More Alex-related spoilers say that he will fall head over heels for Stephanie. The Days Of Our Lives spoilers claim that Alex will have a chat with Allie and Chanel. He will share his feelings that he has finally gotten the lady of his dreams.

Later, the man will start pursuing Stephanie. However, it won’t be that easy to get a yes from her. As for Stephanie, she will think that Alex is just a jerk and is wasting her time. But Alex will be ready to change himself as per the likes of Stephanie. She will eventually understand, and Alex might make a little progress

in his pursuit of love.

Speaking of Stephanie, she will get a job offer from Sonny. Sonny believes that Stephanie will be the right choice to head the PR department of Titan. Fans can expect Stephanie to make a quick decision with this offer.

Elsewhere, EJ will decide to make a bold move against Ava. He will want to push her from the shares and end everything that she is trying to pull off. Ultimately, EJ will gather a shareholders’ meeting. Over there, his decisions might shake things up for Gabi and Ava. More Days of Our Lives spoilers suggest that Shawn and Belle will have a discussion about their relationship. However, they will know that EJ is still a problem in between them. Moving on from Belle’s cheating won’t be that easy for Shawn.

Further on Days of Our Lives, Orpheus will barge into Roman’s birthday party. In the meantime, Kayla and Marlena will be stuck as Orpheus had kidnapped them. Later, Orpheus will send a mysterious box to Roman, Steve, and John. It might contain a bomb or some other kind of explosives.

Over with Gabi, she will once again overhear Li and Rolf’s chat

. She will grow super suspicious about Li and will know that there is something far deeper about Li than what meets the eye. As for Rolf, he will assure Kristen that he will start the brainwashing experiment on Stefan.

Later, Brady might alert Chloe about Kristen’s other move. However, Rachel might misunderstand and will lash out at Chloe. Kristen had already brainwashed Rachel, now, she is adamant that Kristen and Brady should reunite. Meanwhile, Chloe will look more like a hindrance in Rachel’s family unification.

Elsewhere, Gwen will try her best to convince Chad that she did not kill Abigail. She will beg him to trust her. Whatever it is, Abigail’s murder mystery seems to get tangled even more. Stay tuned and watch Days Of Our Lives, it airs on NBC. For more information on updates and spoilers, visit our website, TV Season & Spoilers.