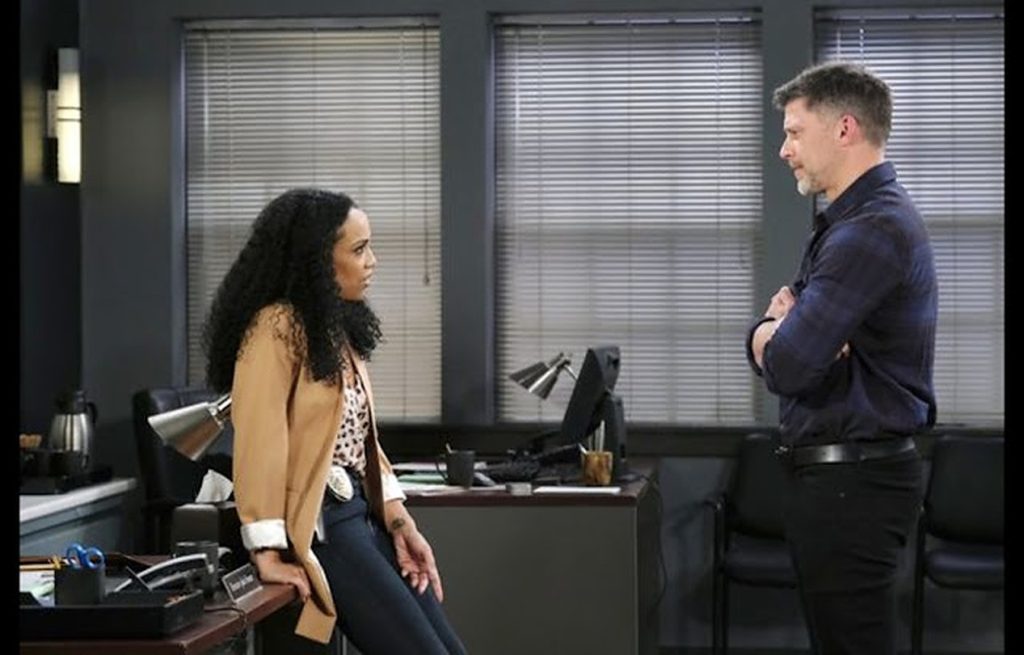 Days of Our Lives Spoilers for September 23, 2022, reveal that Jada and Rafe will get some shocking clues after going over the security footage again. Over with Chad, he will finally kin the dots and visit Sonny to get a confirmation on his theory. Across the town, Nicole and Eric will make a scandalous confession. Please read further to find out what uncovers in today’s episode.

On Friday, Chad will approach Sonny again. Earlier, Sonny did mention that he smelled a Vanilla scent before he was attacked. So, Chad will remember that when he hugged Craig, he did get that smell. However, Clyde was standing right beside him, so chances are that it was Clyde. After getting confirmation from Nancy, Chad will be sure that Clyde is the one who likes Vanilla scented cologne.

Later, Chad will visit Sonny to confirm his murderer theory. Once Sonny listens to his narration, he will have one more clue to add to the cart. So, they will be pretty sure that Clyde is the killer. Speaking of Clyde, Days of Our Lives viewers already know that he is the killer. After Clyde’s recent Titan flashback, he will continue to get more horrific nightmares. His only priority will be to keep his secrets under wraps. However, he won’t realize that Chad has already solved the murder puzzle. Now, it’s just a matter of time before Chad decides to take revenge on Clyde. He better be ready for his fate.

While Chad concludes who the killer is, over with Jada and Rafe, they will continue to find something. Looks like Jada will go through the security footage aga in. Due to her gut feeling, she will know that something is definitely off. It is given that in soaps tempering with clues is very common. Over here also, someone would have temped with the security footage. Luckily, Jada will be clever enough to sense the difference.

The Days of Our Lives spoilers show that Jada will discover that Clyde was lying about the alibi update. So, it will be crystal clear for Jada and Rafe that Clyde is the one. Now that most of them know the culprit, what will be their next step? We will know that.

Over with Chloe, she will tell Brady that she wants to hand over the video to the jury. Later, Chloe might confess that she wants to stop Nancy’s wedding. After Nancy asks her to be her bridesmaid, her desire will just escalate. It is quite difficult for Chloe to trust Clyde.

At Basic Black, Eric and Nicole

will have a scandalous confession to make. Fans already saw how they both dreamt about each other. Their clinging feelings for each other will overtake them as they confess their dreams. As for Nicole, she also had a steamy dream, just like Eric. Even though, for now, the situation is a bit awkward.

However, according to the preview, we did see Eric and Nicole locking their lips. We will have to wait to know what happens with these two. Stay tuned and watch Days Of Our Lives, it airs every weekday on Peacock+ in the US and The W Network in Canada. For more updates and spoilers, visit our website, TV Season & Spoilers.