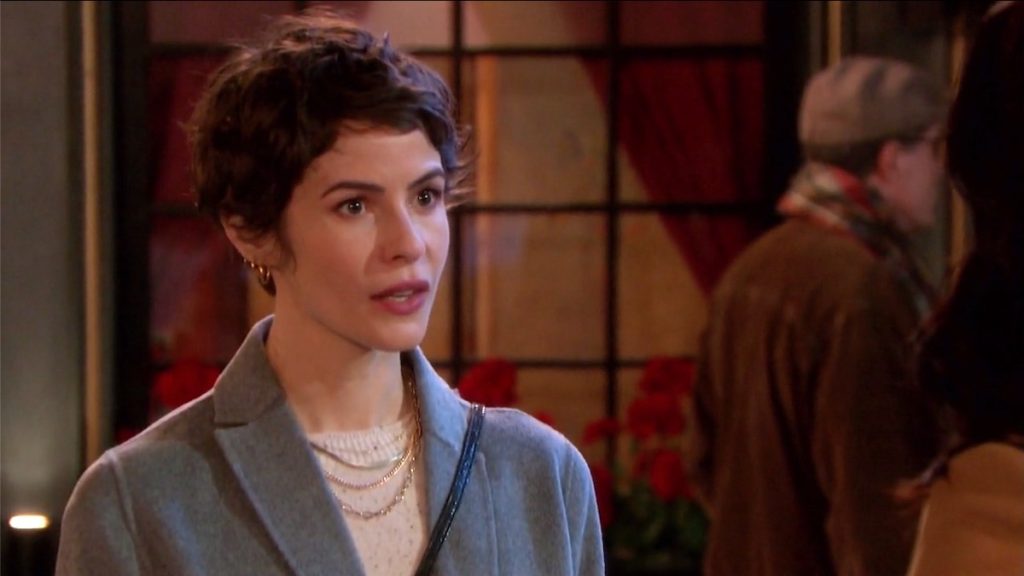 Days of Our Lives Two Weekly spoilers for the upcoming days of February 21-March 4, 2022, are out. And it looks like viewers are in for some eventful episodes. Starting the week of February 21-25, 2022, will be EJ, who will have a heated conflict with someone. Then, Nicole will try and push Ava to come clean. Eli will return to Salem and come to know the latest updates. The hostage drama will also come to an end, and a new drama will start.

As we move into the week of February 28-March 4, 2022, these hostages will reunite with their families, and it will start new storylines. Gwen will also be worried about something. Johnny will take the opportunity to wreak havoc once again, and Chloe will be shocked. What would happen? Here is all about it.

Days Of Our Lives Spoilers For The Week Of February 21-25, 2022: EJ And Clyde’s Conflict Explodes

In the week of February 21-25, 2022, viewers will get to see old enemies coming face to face. As per the latest spoilers, Clyde and EJ will be in the same cell, and tension will explode. DOOL fans would recall EJ had faced a deadly gunshot wound after Clyde turned a DiMera henchman against him.

If it weren’t for Dr. Wilhelm Rolf’s treatment and Sami’s will, EJ might not have survived. Now when EJ comes to know that he is supposed to live in a cell with his enemy, he won’t be happy. Since EJ really hasn’t done anything, his being in prison is anyway wrong. So naturally, things will heat up there.

Nicole Pushes Ava For Truth, Will She Come Clean?

Speaking of being in prison for no reason, Days of Our Lives viewers know that Rafe is also in jail for things he didn’t do. So, Nicole will be determined to prove that Ava framed him. Spoilers for the week of February 21-25, 2022, reveal that Ava will go to Salem PD and bring Rafe some cookies. But when she reaches there, she will find Nicole there. Ava will keep up with her sweet act, but Nicole will feel that she can see through it.

Related spoilers say that Nicole will push Ava to admit that she was the one who framed Rafe. However, Ava will not agree to that. In fact, when Nicole and Rafe come clean about their hookup, Ava will act like she has no knowledge of it. She will blow up over this betrayal but stand by the fact that she didn’t know anything about it beforehand.

Days of Our Lives Spoilers For The Week of February 21, 2022, reveal that Eli will return home and come to know about everything that has happened until now. He will come to know that a man named TR Coates has arrived in Salem, and he is Lani’s bio-dad. After coming to know this, Eli will want to protect Lani. However, he won’t be the only one because Paulina will also ask Abe for help regarding the TR situation.

Days Of Our Lives: The Island Drama

Over at the Island, Abigail will be able to sedate Kristen by feeding her the drugged smoothie. After this, she will go looking for Sarah. Sarah won’t be in her bedroom because she will escape. And as per the latest spoilers, she will end up in the storm shelter.

Further spoilers claim that Sarah will cross paths with Steve Johnson and Kayla Johnson and tell them a tale. Sarah has started believing that she is Reene DuMonde. So, DOOL viewers might get to see some flashbacks of the real Renee from the ’80s. Reene might be dead. But Sarah and her drugged delusions will bring Sarah’s version of the character alive.

Days Of Our Lives Spoilers For The Week Of February 28- March 4, 2022: Abigail Reunites With Chad, Tony Is Worried

The hostage drama will start winding down in the week of February 28-March 4. Abigail and Chad will have an emotional reunion, and Tony will be shocked. Since Sarah now believes that she is Renee, she will be in love with Tony. But he will be shocked when he comes to know all of this. Anna and Tony will also clash after he returns home with Chad.

On the other end will be Xander, who will come to know about the whole Sarah hostage situation when he gets a phone call from Jack Deveraux. Xander will realize that Sarah did not dump him, but Kristen did wear Sarah’s mask. He will also realize that Sarah was being taken, hostage. While he wants to meet Sarah, it won’t matter to Sarah because she believes that she is “Renee.”

Days of Our Lives spoilers suggest that Gwen will also start getting worried. Chad will pressurize Ava to tell him the name of her accomplice. But, Ava will keep her mouth shut, and that will give Gwen a little more time. But how long will it be before Xander blasts on her? We will have to wait to know.

Further spoilers for the week of February 28- March 4, 2022, reveal that the Devil will continue trying to cause trouble. Johnny will try to blow up Tripp’s proposal to Allie Horton. So, it is likely that Tripp will come to know about Allie’s betrayal of Chanel Dupree. Speaking of the Devil, Days of Our Lives spoilers suggest that Ben and Ciara will get in a heated argument where they will wonder if Johnny could be possessed.

Days Of Our Lives: Chloe Is Shocked

Rounding off the spoilers for the week of February 28- March 4, 2022, will be Chloe Lane, who will request Brady Black to come and support her in meeting Craig’s boyfriend. They will do it on a double date of sorts. However, Days of Our Lives spoilers suggest that they will freak out when they come to know about the man Craig is involved with. The speculation has it that this will be Leo Stark. If something like that happens, it will blow Chloe’s mind, and it will be interesting to see how she reacts.

Days of Our Lives is bringing some major drama in the upcoming days. So, make sure you don’t miss on this action. The soap airs on NBC all weekdays. In the meantime, TV Season & Spoilers will keep you updated with all the news about the soap as it surfaces. Keep an eye on this space.