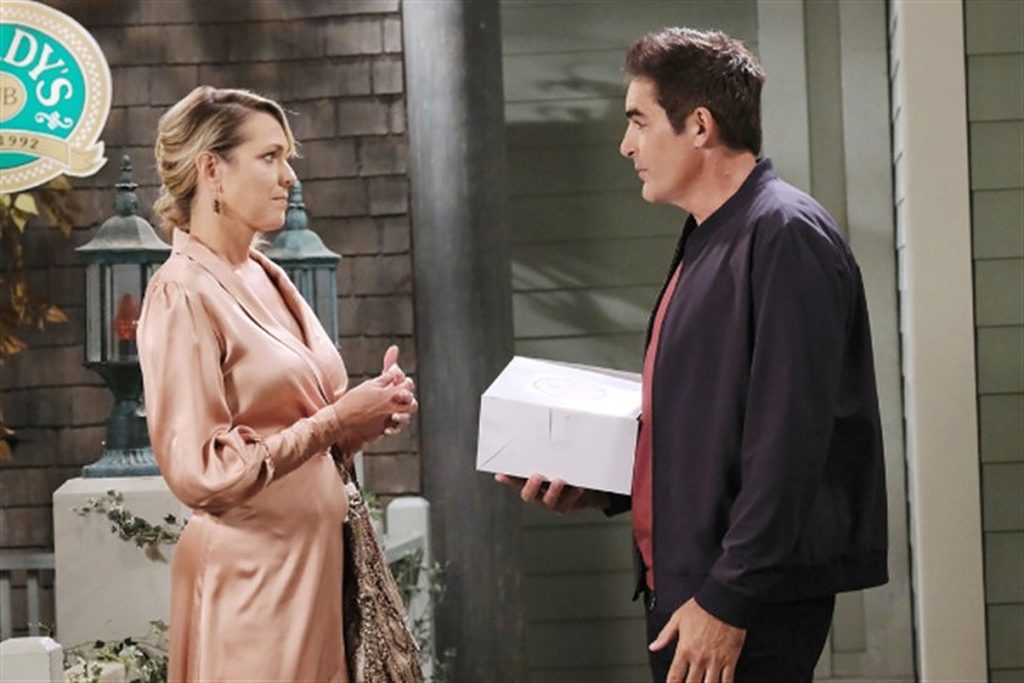 Days Of Our Lives Spoilers For October 17, 2022: Rex Finds A Cure, Rafe Lashes Out Nicole

Days of Our Lives spoilers for October 17, 2022, claim that Rex will run some tests on the serum they received from the Salem PD in the upcoming episode. Once Rex is convinced, he will inject the medicine into Marlena, and everyone will hope for the best. Next, Chloe will beg Kristen to stop playing with people’s lives and assure her that she’ll do what she wants. Elsewhere, Rafe and Nicole will have another argument when Rafe witnesses something. Keep reading to know what is brewing in Salem.

Rex Finds Cure For The Toxin?

On Monday, someone might deliver a serum bottle to Salem PD. So, Brady and John will hand it over to Rex for further investigation. Although Brady will know that Kristen has something to do with the serum, he will still search for more options. Days Of Our Lives spoilers say that Rex will take that serum to his lab and run some tests on it.

Later, Rex will be convinced that this serum is close to the one used decades ago when Roman was going through the same trouble. Once Rex feels confident, he will administer one dose to Marlena with the hope that she might get a little better. Along with Rex, Marlena and her family will also hope for the same.

Over with Chloe, she will beg Kristen to stop playing this deadly game. However, Chloe knows that her begging is something that will not satisfy Kristen. Her priority is to reunite with Brady and Rachel, and for that, she can stoop to any extent. Chloe will come up with a suggestion to end their fight and will agree to give her what she wants.

However, Kristen would like to tease Chloe further as she has got the upper hand. Later in the hospital, Kristen will witness Brady and Chloe sharing a kiss. Even though she hates it, she may just think of it like a goodbye kiss, as Brady has already agreed to split with her.

Rafe Lashes Out At Nicole

Further on Days Of Our Lives, Nicole will comfort Eric regarding his current family crisis. Meanwhile, Rafe will witness Nicole in another close moment with Eric. Of course, Rafe will be extremely upset with his wife. All this while, Rafe tried to understand Nicole’s point whenever she said that Eric was more like a friend. But he will start to get fed up with encountering his wife with her ex-husband continuously for the second time.

DOOL spoilers say that Rafe will lose his temper and lash out at Nicole for bonding with Eric. Nicole will also remind him that she is committed and knows her limits. However, fans know that Nicole has already confessed her feelings for Eric to Chloe. So, it’s just a blatant lie. Days Of Our Lives airs every weekday on Peacock+ in the US and on The W Network in Canada. For more updates and spoilers, visit our website, TV Season & Spoilers.