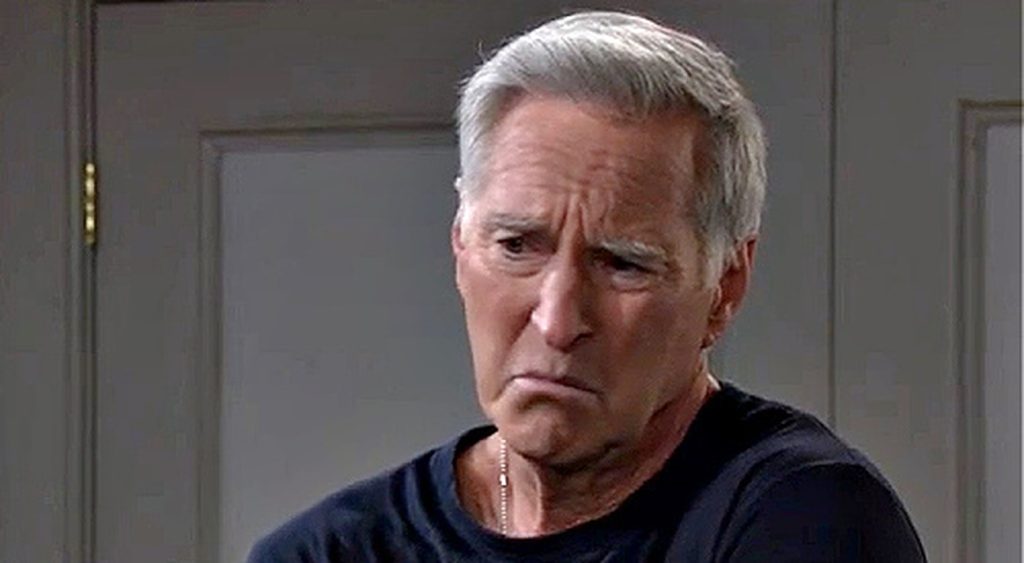 Days Of Our Lives Spoilers For The Week Of October 17-21, 2022: Stefan Comes Up With A New Plan, John Tries To KILL Kristen

Days of Our Lives spoilers for the week of October 17-21, 2022, tease that Ava will approach Gwen to plot a revenge plan on EJ. These two women might join hands to find a way to take EJ down. Elsewhere, Tripp will learn about Johnny’s feelings for his mother, so he will punch him hard in the face. Over with Stefan, once he gets some memory flashes, Kristen will be under his radar. Will Stefan be able to find out about Kristen’s plan? Let’s read further to know what is brewing in Salem next week.

In the upcoming week of October 17, 2022, Tripp will learn about Johnny’s feelings for his mother, Ava. Out of anger, Tripp will punch Johnny in the face. Days of Our Lives spoilers claim that Tripp will later on, have other things to put his focus on. Looks like both Tripp and Joey will fight to get Wendy’s attention. However, Wendy will only be invested in her team-up with Johnny. Days of Our Lives spoilers say that Johnny will sneak in EJ’s office to find some info but will soon get busted by him. Will EJ get a hunch on what Johnny is doing? We will know that.

Elsewhere, after witnessing Nicole and Eric’s cozy photo shoot, Rafe and Nicole will have a major fallout. Rafe will fret over Nicole’s feelings and is jealous that Eric is working with her. He already had a nightmare where he saw Nicole cheating on him with Eric. So, Eric working with her will be the last thing he expects. Other spoilers tease that Rafe will want Nicole to fire Eric, but she will just think that Rafe is overreacting.

Over with Sarah and Xander, they will make a bold move. This could either be buying a new house or moving into the Kiriakis mansion. Whatever the case, Xander and Sarah will make a decision. However, Xander will soon team up with someone. So, we will have to wait to see who it can be.

Previously, Days of Our Lives spoilers suggested that Brady will accept Kristen’s deal. Since he already has a plan in motion, he won’t want his father to get involved in the mess. Fans might know what Kristen’s dealing is, she obviously wants Brady and Chloe to split. Looks like she will attain what she wishes for. However, Chloe will make one last plea to Kristen. But will Kristen listen to her? Well, the answer is an obvious no.

After breaking up, Brady will fret over Stefan’s plan. Stefan has been wooing Chloe ever since he came from the dead. Now that the two had broken up, it would be more easier for Stefan to convince Chloe of his feelings. So, Brady will fear that Chloe might fall for her ex again.

Speaking of Stefan, he recently got some memory flashes about Gabi. Days of Our Lives spoilers say that Stefan will again face something similar. So, he will suspect Kristen might have something to do with his change of heart. Nevertheless, Stefan will continue to plan to win Chloe over. And for that, he will also deliver Gabi the divorce papers. That will surely upset her to a great extent.

Next, Chad will pay Kate a visit. After losing Abigail, he won’t want to lose Kate. Over with Kayla, her health will deteriorate even further, and she will succumb. Days of Our Lives spoilers for the week of October 17, 2022, claim that even though she dies, she will immediately come back to life. Thanks to the antidote, Kayla will be able to pull through and escape death.

Elsewhere, Ava will approach Gwen. After EJ exposed Ava in Johnny’s presence, she will be hell-bent on taking revenge on EJ. For the same, she will meet up with Gwen and hope that she might help her with this. However, Gwen’s reply will just be the opposite of what she thought. Now that Gwen is making a good bond with Jack and her family, she won’t want to ruin it by getting involved in some other mess. Already they faced a lot because of Jennifer and Abigail, so she won’t want to add to their worries. What will Ava do now? We will know that. Days Of Our Lives airs every weekday on Peacock+ in the US and on The W Network in Canada. For more updates and spoilers, visit our website, TV Season & Spoilers.