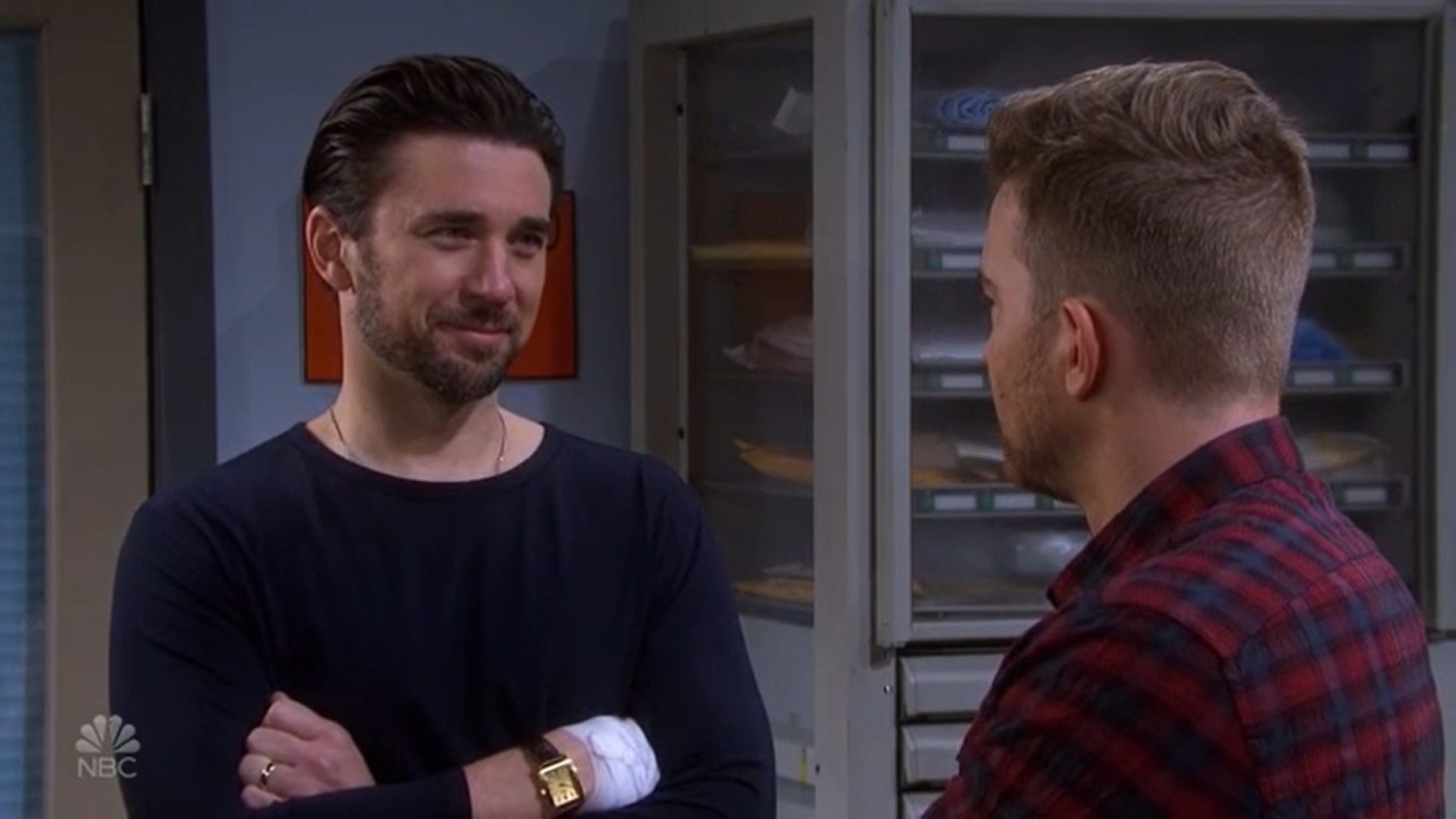 Days of Our Lives spoilers for September 22, 2022, reveal that Gwen will discover Jennifer’s secret of popping pills. On the other end, Craig will pay a visit to his ex-fiance, Leo, behind bars. Over there, Leo will accuse Craig of killing Abigail and attacking Sonny. Speaking of Sonny, Chad will join the dots and will want to confirm his theory with Sonny. Let’s read further to find out what is brewing in Port Charles.

DOOL viewers know, Chad has been struggling for months now to find Abigail’s killer. Days Of Our Lives spoilers suggest that Chad will get a crucial clue from Sonny. Once Sonny mentions that he smelled a vanilla scent before the attack, Chad will start joining the dots.

Apparently, Chad will remember that when he hugged Craig, he did smell a vanilla scent. But that doesn’t conclude it is Craig because Clyde was also standing beside him. Later, Chad will join the dots and come up with his theory. So, he will want to reconfirm a few things from Sonny. Looks like everything is building toward Clyde being the culprit.

Speaking of Sonny, he will uncover the truth that Alex has made some business moves behind his back. So, he will feel betrayed. Once he comes to the conclusion that Victor knew about it, Sonny will fume in rage, making it worse for him to trust his brother. Even though Alex comes to defend himself, Sonny will not listen to him. Now that the trust is broken, Alex will not like to give away his CEO seat. DOOL spoilers say that Alex’s next priority will be to convert his temporary CEO position into a permanent one.

Days Of Our Lives Spoilers: Craig Visits His Ex-Fiance In Jail

Further on Days of Our Lives, Craig will pay a visit to his ex-fiance, Leo, who is behind bars. He will feel guilty to see Leo in jail. So, he will tell him that he is feeling guilty for trapping Leo on a murderous path. Whatever the case, Craig’s way of talking will only make Leo confirm his theory. So, he will accuse Craig of murdering Abigail and attacking Sonny. However, Craig will deny it.

Over with Gwen. She will make a shocking discovery. Looks like she will stumble upon a bottle of drugs. So she will know that Jennifer has started taking the drugs again. Even if she is using it as an escape mechanism to cope with Abigail’s death, Gwen will know the path is dangerous.

As for Jennifer, she will beg Gwen to keep it a secret and disclose it to Jack. Even though Gwen can easily ignore her, she will decide to help her. For that, Gwen will know that she has to tell Jack about it. Whatever the case, DOOL spoilers claim that Jennifer and Gwen are about to have a major face-off. Stay tuned and watch Days Of Our Lives, it airs every weekday on Peacock+ in the US and on The W Network in Canada. For more spoilers and updates, visit our website, TV Season & Spoilers.