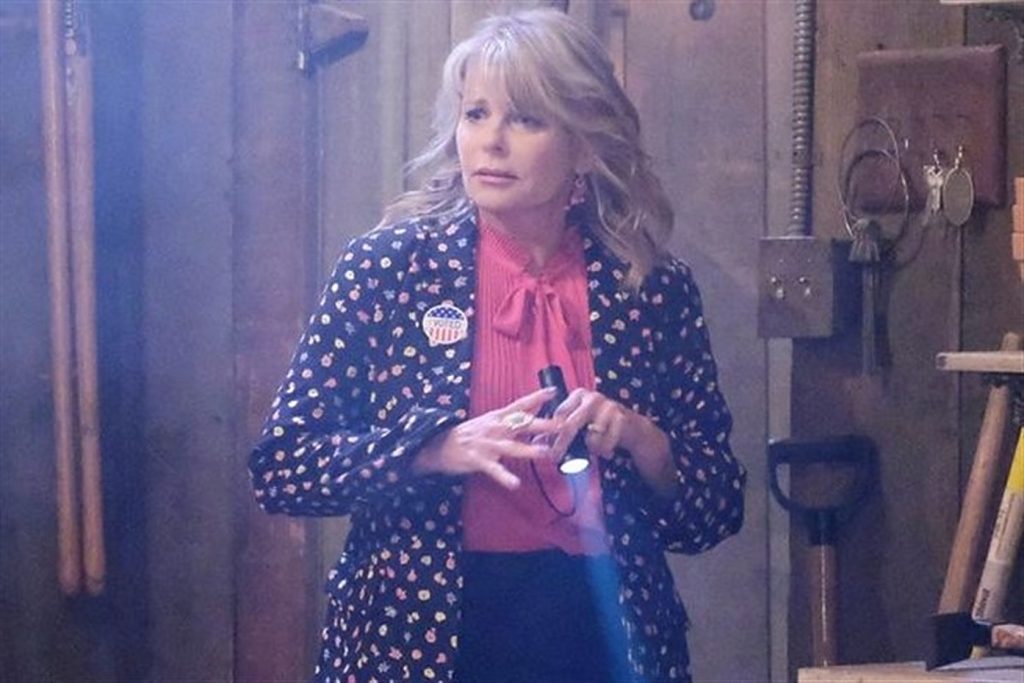 Days Of Our Lives Spoilers For The Next Two Weeks (December 5-16, 2022): Eric-Paulina In Jail, Bonnie Remembers The Kidnapper

Days of Our Lives spoilers for the next two weeks, from December 5 to 16, 2022, tease that Eric and Paulina will end up in jail. Abe will get pressured by the public as they ask him to step down from his Mayor post. In the meantime, EJ will also get a mysterious visitor this week. Could that be his beloved mother, Susan?

During the week of December 12-16, 2022, Ava will come up with another risky plan to show EJ his place. Rafe will also not let EJ live in peace as he realizes that he is hiding something from him. Keep reading to know what is brewing in Salem for the next two weeks.

Days of Our Lives Spoilers For The Week Of December 5-9, 2022: Eric-Nicole’s Relationship Takes A Hit

This week, Eric and Nicole will again have a major conflict. Days of Our Live spoilers tease that Eric will find EJ and Nicole drinking at a bar. This will piss EJ off, and he and Eric will get into a fight. While they are manhandling each other, Eric will punch EJ. This will lead to him getting arrested and ending up in prison. Paulina will also end up in prison and become his cellmate.

Back with EJ and Nicole, they will end up in bed, and Nicole will wonder what she has done. The Days of Our Lives spoilers reveal Nicole and EJ haven’t done anything but Nicole will fear that she has slept with him. As for EJ, he will also decide to take back the charges which he put on Eric. However, EJ will have another offer for Nicole to consider. He will ask her to move into the DiMera mansion with Holly. Although Nicole will agree to it, she will have second thoughts later. In the meantime, Eric will hire Sloan as his lawyer and will try to get bail. Other spoilers reveal that EJ will get a surprise visitor this week. So, we have to see who if it is Susan or not.

Elsewhere, Alex will get some wrong ideas when he finds Chad and Stephanie embracing each other. Before she can think of something more, Stephanie will come to clear the air as she will understand what Alex might be thinking. Once the misunderstandings are cleared, Alex and Stephanie will make love to each other and will grow more closer.

Next, Johnny and Wendy will feel extremely helpless when they are around Gabi. Now that both of them know Li’s role in brainwashing Stefan, they won’t know how to keep mum about it. Days of Our Lives spoilers tease Gabi will ask Wendy to be her bridesmaid, which will hit Wendy so hard that she’ll battle guilty feeling. The same goes for Johnny as well, as he will also feel bad for Gabi and Stefan.

Over with Rafe, he will grow closer to Jada while trying to comfort her. Elsewhere, Abe will face serious criticism from the public. Now that his daughter and wife are in prison, the public will push him to step down from Mayor’s position. On the other end, Bonnie will push herself to remember the day she was kidnapped. Fans know it was Xander who kidnapped her and kept her hostage. But he will be busy in distracting Justin, who just offered to help him out. This will lead to them teaming up to takedown Rednax Pharmaceuticals, which is not a real company.

Back with Johnny, he will try to comfort Chanel, who is stuck in a legal mess. Later, Chanel will come across sweet bits and will notice that “murderer” is written on one of its window. So she will get more disheartend. Stay tuned for more.

Days Of Our Lives Spoilers For The Week Of December 12-16, 2022: Eric-Sloan Come Closer, Rafe Investigates EJ

During the next week, Eric and Sloan will come closer to each other. Looks like Sloan will become Eric’s lawyer and will have to spend more time with him. So, that will eventually bring each of them closer. Elsewhere, Xander will also need some help, and Gwen will come to rescue him

from that. So, Days of Our Lives spoilers tease Gwen and Xander are also to come closer. We will have to wait to see how that all pans out.

Over with Ava, she will also come up with another plan to make EJ pay for what all she has done. Rafe will also try to investigate the whole matter with EJ. He somehow will feel that EJ is hiding something from him. Indeed he is, EJ won’t spill about how he kidnapped Tripp to take revenge on Ava. Looks like EJ and Ava’s clash will go on for more episodes. Stay tuned and watch Days of Our Lives, it airs every weekdays on Peacock+ in the US and on W Network in Canada. For more updates and spoilers, visit our website, TV Season & Spoilers.