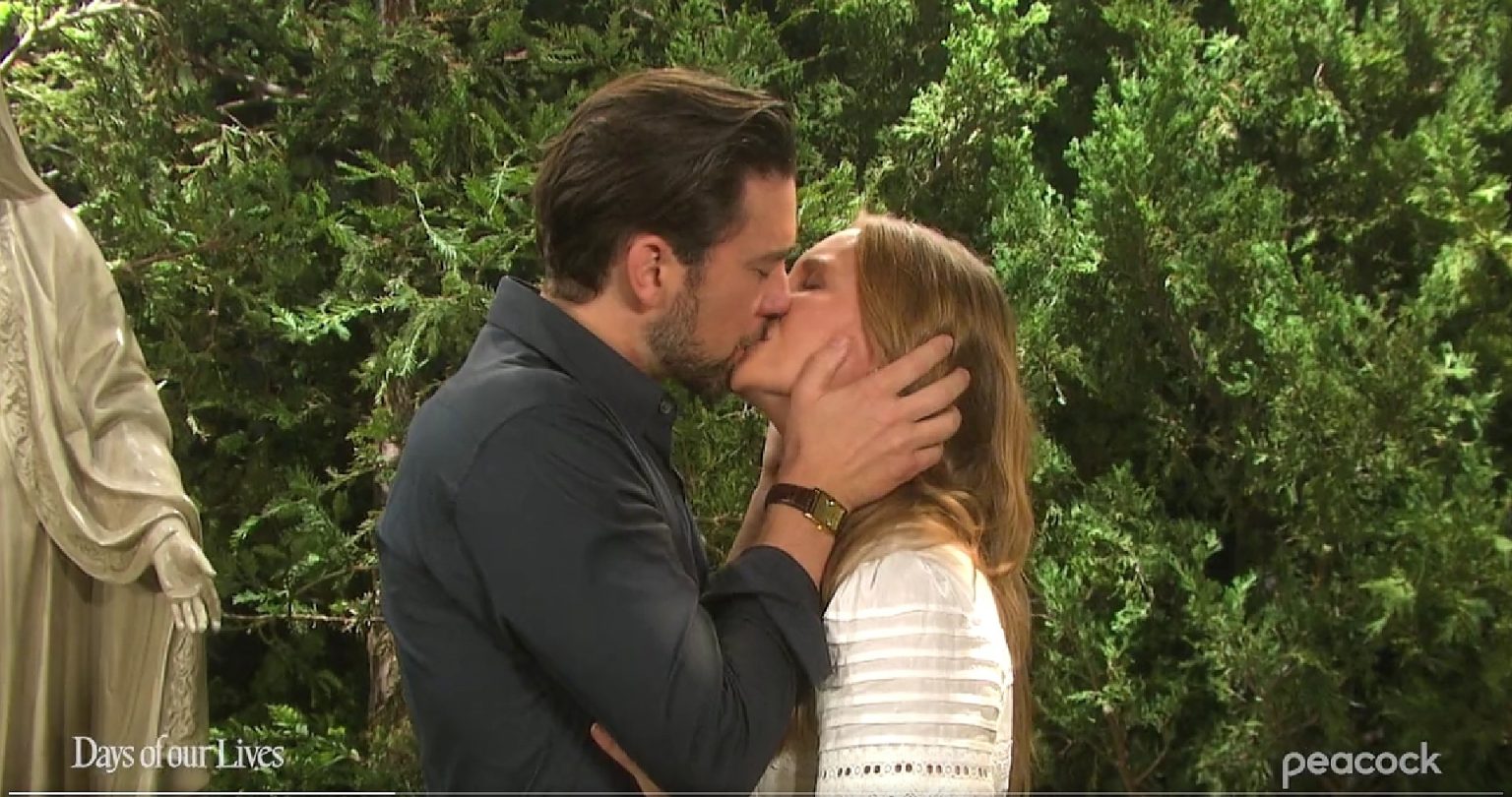 Days of Our Lives Spoilers For The Week Of September 26-30, 2022: Abigail’s Murdered REVEALED! Rex Comes In For Rescue

Days of Our Lives spoilers for the week of September 26-30, 2022, tease that Chad will finally crack the mystery and will know who killed his beloved wife. Later, EJ will know what his brother might be planning. So, he will come to block it. On the other end, Jennifer will lose her temper and hurt Gwen in a way that she will be rushed to the hospital. Over with Chad, Abigail will kiss him as they both bid goodbyes to each other.

After getting a number of clues, Chad will know that Clyde is the killer of Abigail and then attacked Sonny. Days of Our Lives spoilers say that Chad will have a final confirmation from Sonny. So, after cracking the mystery, he will pick a loaded gun from his wardrobe and will head straight to end this issue once and for all.

Elsewhere, EJ will learn about Chad’s status. So, he will update Belle and want her to accompany him to track Chad. As for EJ, he will not want Chad to kill anyone and end up in prison. He has his children to take care of, they have already lost their mother. And now, Chad won’t want them to lose another parent.

Other spoilers point out that EJ might stop Chad from pulling the trigger. Instead, he might end up shooting Clyde. A long time back, Clyde ordered a hit on EJ, so he might just take that revenge. We will know what happens in the future.

Over with Chloe, she will ask Craig to stop Nancy’s marriage with Clyde. Even though Craig doesn’t trust Clyde, he will hesitate to ruin her marriage. Whatever the case, the marriage will soon be stopped because of Chad anyways.

Later this week, Chad will have a ghostly vision of Abigail. She will thank him for finding her killer. As they both share a sweet moment, Abigail will seal it with a kiss. She will bid goodbye to her husband. As for Chad, he will also get closure to his sufferings. This will ultimately help him move on in life.

In the courtroom, Kristen will lose the custody battle. Even though it looks like Rachel is going to win, in reality, she loses. Whatever the case, she will now be more determined to break Chloe and Brady’s relationship.

Elsewhere, Stephanie will lash out at her father for keeping Kayla’s health condition under wraps. She will want to support her mother and will try to learn more about the toxin. Even though she is upset, she will know that it is not the time for an emotional outburst.

Over with Rex, he will come to rescue Orpheus’ former hostages. He will have a look at Kate’s medical tests and will be shocked. Spoilers say that Rex will remember this rare poison. He will inform everyone that the same poison was used in 1997. Not just that, a distilled orchid is the cure for it. So, John will take responsibility for finding it. Hints are there that Kristen will get those orchids before them with Rolf’s help.

Further on Days of Our Lives, Gwen will stumble upon a bottle of pills. She will know that it is Jennifer who has started popping drugs. Days Of Our Lives spoilers say that Jennifer will beg Gwen not to tell Jack about it. Unfortunately, Gwen will know the magnitude of the issue and will tell Jack about it. As a result, Jennifer will fume with rage. She will start yelling at Gwen and will push her. DOOL claims that Gwen will hit her head and will be rushed to the hospital.

to Jack and Julie. Looks like she will tell them everything starting from bursting pills to hurting Gwen. How will Jack and Julie react to this confession? We will know that.

Across the town, Gabi will continue to be upset that Stefan is disgusted with her and is also plotting against her at DiMera Enterprises. Later, Dr. Rolf will make a shocking discovery. This could either be about Stefan’s brainwashing getting messed up or Gabi visiting Rolf in his lab. Since we already saw Gabi attacking Rolf in the preview video, chances for that are also high.

Finally, Allie will warn Johnny to like someone else except Ava. On the other end, EJ will have a proposal for Johnny and Ava. Probably it might have something to do with taking Gabi down from DiMera enterprises. Stay tuned and watch Days of Our Lives, it airs every weekday on Peacock+ in the US and on The W Network in Canada. For more spoilers and updates, visit our website, TV Season & Spoilers.