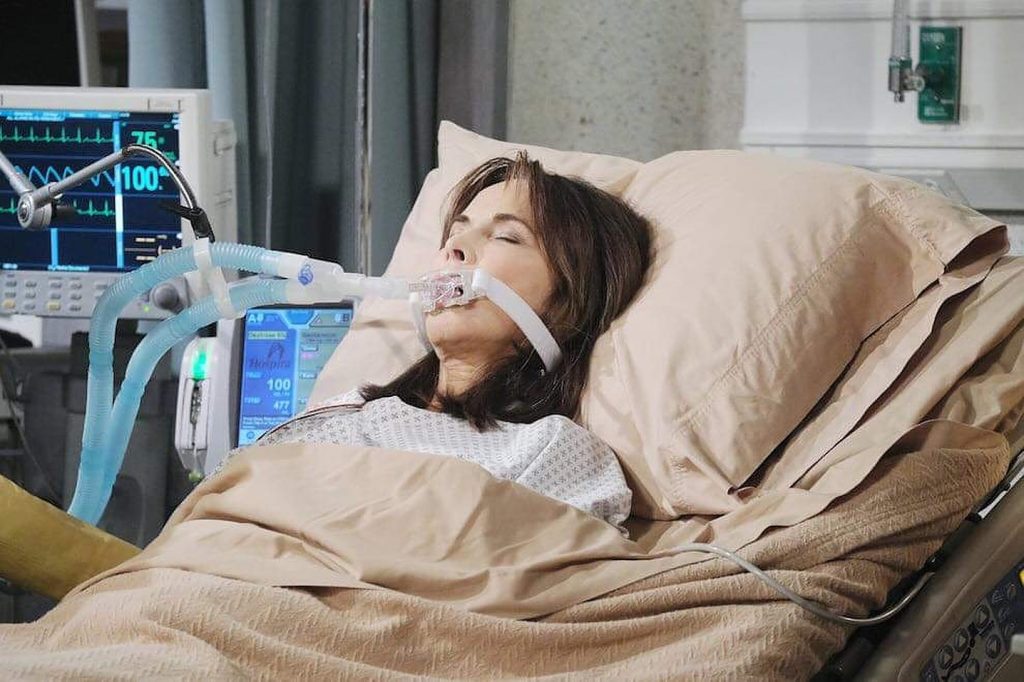 Days of Our Lives Spoilers For The Next Two Weeks (January 2-13, 2023): Kate Is DEAD, Li Apologizes To Gabi

Days of Our Lives spoilers for the next two weeks from January 2-13, 2023, claim that Brady will have some second thoughts about the kidnapping plan with Eric. However, things will get worse when the orchid goes missing. Gwen will try to cheer up Xander, who will know that his marriage has come to an end. Over with Kate, her health will get worse, and everyone will be concerned for her. On the other end of the town, Alex and Stephanie will also get into an argument, and Alex will make a major decision. Will he decide to end his relationship with Stephanie?

During the week of January 9-13, 2023, Roman and Rex will mourn Kate’s death after she succumbs to her sick health. Li will apologize to Gabi and try to sort things out with her. Will she be willing to forgive him? Keep reading to know what happens in DOOL.

Days Of Our Lives Spoilers For The Week Of January 2-6, 2023: Rachel Is Missing!

This week, Brady will take Kristen out for something so that Eric gets time to take Rachel out of the house. Days of Our Lives spoilers for the week of January 2, 2022, reveal that Brady will have some second thoughts on the kidnapping plan with Eric but won’t have any other choice. Once Brady and Kristen are back, she will check on Rachel before going to bed. This is when Kristen will be shocked to find Rachel missing from the house.

In the meantime, Eric will ask Sloan to babysit his niece. Even though she agrees to do it, she will regret it later. Back with Brady, he will be upset with Kristen after he notices how she is handling all the situation. Kristen will decide to hand over the orchid, but the orchid itself will be missing from the cupboard. So, Brady and Kristen will discuss what to do next while Rachel is kidnapped.

Speaking of Eric, he will share his plan with John and Marlena. Seeing his evil side will shock the couple, but they will understand it. Across the town, Kate’s health will start deteriorating, and Rex will know that she needs the booster shot. Since the orchid is missing, Brady will hold Kristen responsible for putting everyone in trouble. Other spoilers say Kate will succumb to her illness and die this week.

Sarah-Xander’s Marriage Comes To An End?

In the meantime, Gwen will try to cheer Xander up, but he will know it is the end of his marriage with Sarah. While Sarah and Xander’s marriage is about to come to an end, Rafe and Nicole will also end their relationship. Both of them will sign the divorce papers and separate legally from each other. Rafe will later lean on Jada for some comfort, and Nicole will witness both together and will get angry. Later, she will refuse to sleep with EJ, leaving him to get frustrated with her behavior.

Next, Alex will go overboard while interrogating Chad about his feelings for Stephanie. Days of Our Lives spoilers reveal Stephanie will get frustrated with Alex’s jealousy. She will call out his behavior and remind him that she is not his property. While Stephanie continues to get pissed with Alex’s behavior, he will make a major decision. Chances are that Alex might decide to break up with her dream girl. We have to see if that happens.

Elsewhere, Sonny and Will Horton will also face problems in their relationship. Since Sonny won’t agree to let Leo leave his house, Will will be upset. He won’t know why his husband is trusting someone as evil and manipulative as Leo. Whatever the case, Will Horton will decide to leave the mansion if Leo stays in there. Will Sonny rush to stop his husband? We will know that.

Days Of Our Lives Spoilers For The Week Of January 9-13, 2023: Roman-Rex Mourn, Li Apologizes To Gabi

Next week, Roman and Rex will mourn Kate’s death and will feel helpless that the former hostages’ life has become unpredictable. On the other end, Marlena will have a heart-to-heart conversation with Roman and Eric. She knows that Kate is gone

, so she might also fear death. It won’t be a surprise if Marlena and Kayla face the same fate in the upcoming weeks.

Finally, Li will apologize to Gabi for betraying her. He will explain how much he loves her and that he had no other choice. As for Gabi, after informing Stefan and Chloe about the brainwashing, she will wait for them to come back to town. Once they are back, chances are that Gabi might face yet another blow if Stefan refuses to get a reverse brainwash. Will Gabi now decide to force Stefan into getting his treatment? Stay tuned and watch Days of Our Lives, it airs every weekday on Peacock+ in the US and on the W Network in Canada. For more updates and spoilers, visit our website, TV Season & Spoilers.