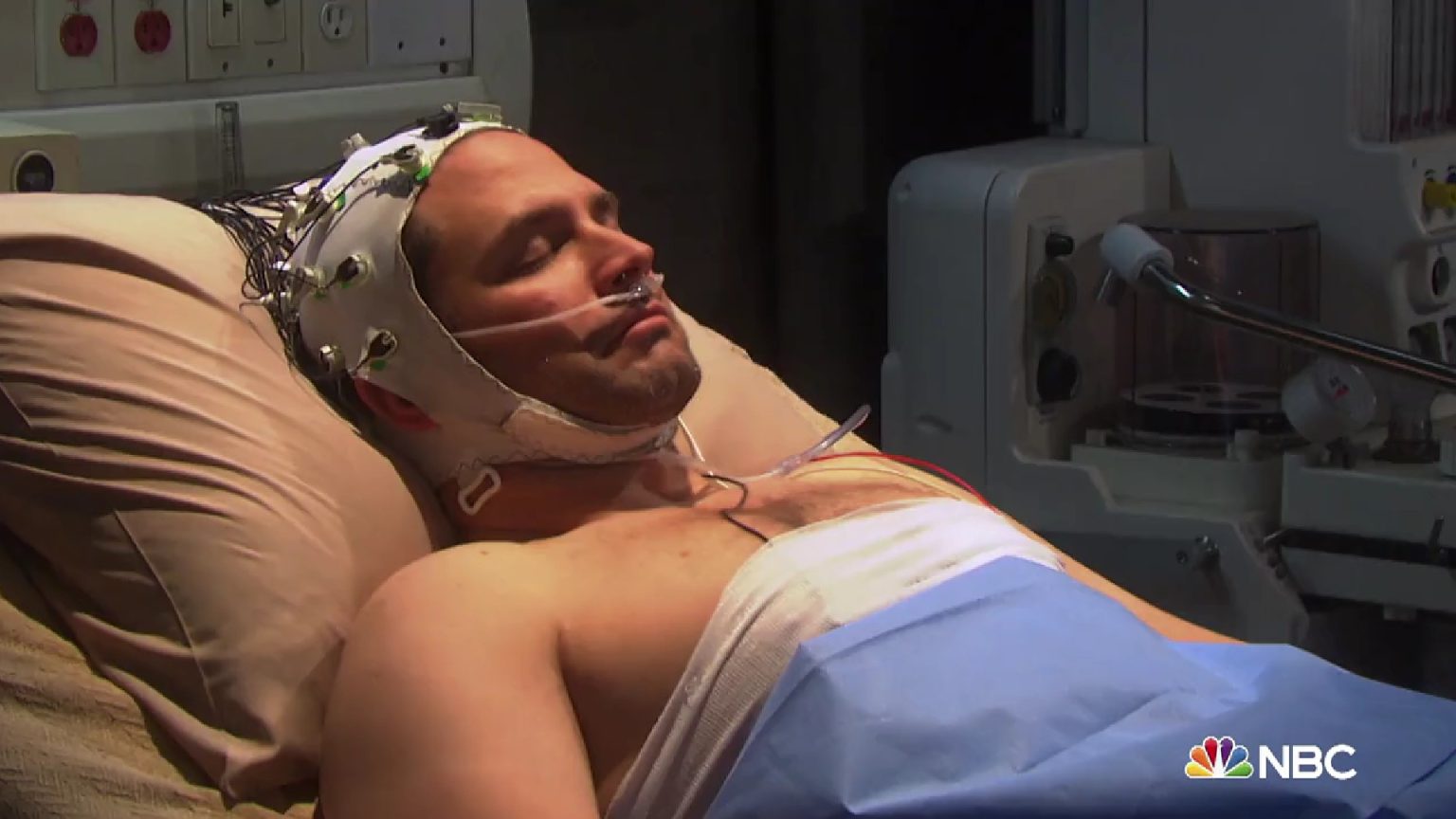 Days Of Our Lives Spoilers For The Next Two Weeks (January 23-February 3, 2023): Stefan Gets Reverse Treatment, Gwen-Xander’s Reunion?

Days of Our Lives spoilers for the next two weeks, from January 23 to February 3, 2023, reveal that Allie will share her ordeal with Alex. While Chanel and Johnny continue to figure out their lingering feelings for each other, Wendy will confront Johnny. Elsewhere, Paulina will hire Stephanie to help her out of the legal mess. At DiMera mansion, Nicole will make a wild move at EJ after getting drugged.

During the week of January 30-February 3, 2023, Vivian will stun Stefan after catching him off guard. While Stefan is kept in a secret room, Gabi will arrange for his reverse treatment. Dr. Rolf will finally prepare to bring back Stefan, but there will be some complications. Keep reading and find out what exactly happens in DOOL in the coming week.

Days of Our Lives Spoilers For The Week Of January 23-27, 2023: Allie Shares Her Ordeal With Alex

First, Allie will witness Chanel and Johnny coming dangerously close to each other for a kiss. Days of Our Lives spoilers reveal that Allie will blast at Chanel. She will ask if she still has feelings for her brother or not. Instead of reciprocating her true feelings, she will rather ask cross-questions of Allie about her attraction towards Alex.

Later, Allie will indeed meet with Alex and will be attracted to him while he is working out. She will share her ordeal with him about how Chanel is behaving with her. Spoilers say their comforting session will soon turn into a sizzling moment. The preview video already showed how Allie and Alex were kissing each other. Will their kissing escalate to something more passionate? We will know that soon.

Later, Alex will ask for another chance from Stephanie. However, she won’t want to have any connections with him. Since Chad will continue to support her, Stephanie will open her heart to him and will grow closer to each other. Over with Paulina, she will hire Stephanie to help her put in her new legal mess. Sloan will again press some serious charges on Paulina, so she will want Stephanie to help her out. Looks like she will end up getting an update on how Alex switched off her phone, and it cost her mother’s last farewell. Paulina will fume in anger and will be super pissed off.

Next, Stefan will decide to take revenge but will accidentally drug someone else. Days of Our Lives spoilers reveal Nicole will get drugged by mistake and end up making a wild move at EJ. Looks like kiss EJ and wants him to join her in bed. As for EJ, he will be extremely confused over Nicole’s sudden outburst of passion. It will be interesting to see if he joins her in bed or puts a pause. Later, Li will face a major blow in his career during the week of January 23-27, 2023.

Now that Li’s plan is revealed, EJ will decide to fire him from DiMera enterprises. Gabi will come to comfort Li and decide to forgive him for his actions. Fans know that Gabi is not that dumb to take that step without any intentions. Looks like she will pry information from Li about Rolf’s location and will know just what to do with it.

Spoilers say Gabi will later meet with Stefan and attack him in the head. She will somehow manage to take his unconscious body to the secret room and tie him up there. Next, she will decide to track down Rolf and force him to do the reverse treatment on Stefan. Keep reading further to know what happens next.

Days of Our Lives Spoilers For The Week Of January 30-February 3, 2023: Stefan Gets Reverse Treatment

Next week, Gabi will manage to get Rolf into the picture and force him to do the reverse brainwashing on Stefan and make him fall for her. Days of Our Lives spoilers tease that Vivian will make a call to Stefan in the secret room. She will stun him when she catches him off guard. Dr. Rolf will deprogram Stefan against his will, but there will be some complications. Fans need not to worry since Stefan and Gabi’s reunion is not that far.

It’s not just Gabi and Stefan who will reunite but also Gwen and Xander. Jack will deliver an ultimatum to Gwen, and she will finally choose to be with Xander. Looks like she will leave everything to be with Xander. When she gets an update about Xander and Sarah spending the night together, Sarah will be disgusted. Whether they come closer or not, they both might realize that they are the perfect match for each other.

Next, during the week of January 30-February 3, 2023, Wendy will make a shocking discovery. Days Of Our Lives spoilers claim that Wendy will find Alex leaving Allie’s apartment. So, she will wonder if Allie cheated on Chanel. Whatever the case, Alex will get an earful before Chanel receives the update. Looks like Paulina will blast at Alex for increasing Stephanie’s pain.

Finally, Marlena, Kate, and Kayla will enter heaven and meet someone unexpected. Looks like it will be Susan who guides Marlena into heaven. The spoilers tease that this is where the major twist will come to stun the viewers. Days Of Our Lives airs every weekday on Peacock+ in the US and on the W Network in Canada. For more updates and spoilers, visit our website, TV Season & Spoilers.