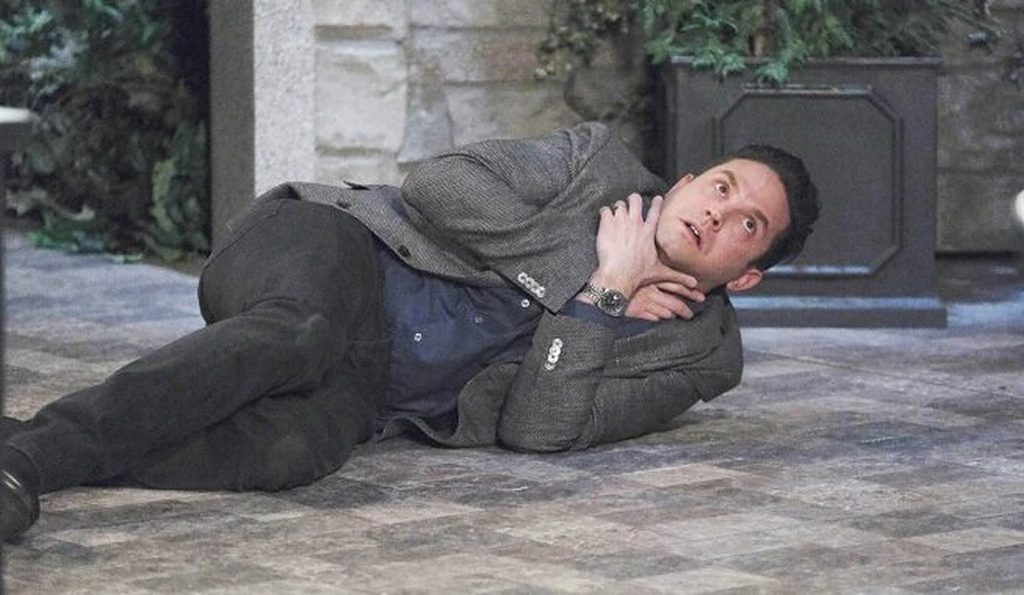 Days Of Our Lives Spoilers For The Next Two Weeks (January 16-27, 2023): Gabi Attacks Stefan, Chanel-Johnny To Kiss?

Days of Our Lives spoilers for the next two weeks from January 16-27, 2023, reveal that Kristen will end up in prison. Thanks to Rachel, she will unknowingly end up letting the cops know her mother’s location. On the other end, Stefan will blast at Li for brainwashing him, their argument will turn into physical altercation soon. At the hospital, Marlena will also die and leave her closed ones heartbroken.

During the week of January 23-27, 2023, Kayla, Marlena, and Kate will enter heaven and meet someone unexpected. Over with Eric, he will have some conflicts with Nicole. While Nicole is worried about Eric getting closer to Sloan, Allie will also worry about something like that. Johnny and Chanel will do something which will shock Allie to the core. What are these two up to? Keep reading to know what happens in the coming weeks.

Days Of Our Lives Spoilers For The Week Of January 16-20, 2023: Kristen Lands In Prison

First, Kristen will have to wrestle with Steve to take the phone from him. Days of Our Lives spoilers say Steve will want to take revenge on Kristen. So, he will somehow manage to pry confession about her recent crime and record it. Kristen will try to snatch that from him, but it won’t be of any use. Once he hands over the recording to Jada and Rafe, they will start to track down Kristen.

However, it might be Rachel who unknowingly becomes the reason for the cops to track down Kristen. Looks like Rachel will see Chloe and Brady comforting each other and getting too closer. So, she will lash out at her father for going back to Chloe. Rachel will create drama that might actually hint to the cops about Kristen’s whereabouts. Whatever the case, Kristen will end up in jail this week.

In the meantime, Stefan will lash out at Li for brainwashing him and causing him to hate Gabi. Their argument will soon change to a physical altercation. Li will punch Stefan in the face, and he will also deck Stefan on the floor. We have to see how Gabi will react to all this chaos. Since Stefan is still not agreeing to get the reverse treatment done, Gabi will make a major decision.

Next, Marlena will encounter another near-death situation at the hospital. Days of Our Lives spoilers claim that Marlena will be saved somehow, but that won’t mean her life is saved. She will have a last wish that John will decide to fulfill. Johnny and Chanel will prepare for some presentation of John and Marlena’s love life.

So, once John takes his wife to the rooftop, both will enjoy some alone time with each other. While going through the pictures, Marlena will die in John’s arms. So, all of her loved ones will be devastated. As for Johnny and Chanel, they will feel some sparks for each other. Will these two cheat on their respective partners? Fans know that Chanel is with Allie and Johnny is with Wendy. Stay tuned to see what happens over there.

Days Of Our Lives Spoilers For The Week Of January 23-27, 2023: Kate, Marlena, And Kayla Reach Heaven

Next week, once Marlena dies, Sarah will do all possible things to revive her, but it won’t be of any use. Days of Our Lives spoilers reveal all three women will meet in the heaven. There will be someone unexpected who might become the reason for a twist in the show. Other spoilers already hinted that all three will come back to life, and there will be a huge shocker attached to them. We have to wait to see what it is.

Elsewhere, Sloan will press some serious charges on Paulina and Chanel. As she promised, Sloan will show who she is after Paulina managed to escape earlier. So, Paulina will seek some help from Stephanie in this. Even though it is not the job of a PR to handle her personal problems, Paulina will still wishes Stephanie might help them with this. Will she put herself in danger in order to help her boss? We will know that.

Gabi Attacks Stephan In The Head

Finally, Stefan will want to take revenge on Li, so he will come up with a plan. Days of Our Lives spoilers say Stefan will want to drug him but will make a huge blunder. Looks like instead of injecting Li, he will, by mistake, inject Nicole with the drug. So, she will lose her control and start pressurizing EJ to join her in the bed. He will also wonder what is wrong with her.

Over with Gabi, she will later hit Stefan in the head and make him unconscious. She will struggle to hide Stefan’s body from EJ. Chances are there that Gabi might now decide to force Stefan into having the reverse brainwashed. While she is struggling to get back with her ex-lover, Allie will also get a relationship shocker. Spoilers say Allie will witness Chanel and Johnny getting dangerously close to each other and trying to kiss.

This will lead to Allie eventually crossing the lines with Alex. We have to see whether they just kiss or hit the sheets. Will this mean that Allie and Chanel’s relationship has ended? Stay tuned to know more about it. Days Of Our Lives airs every weekday on Peacock+ in the US and on the W Network in Canada. For more updates and spoilers, visit our website, TV Season & Spoilers.