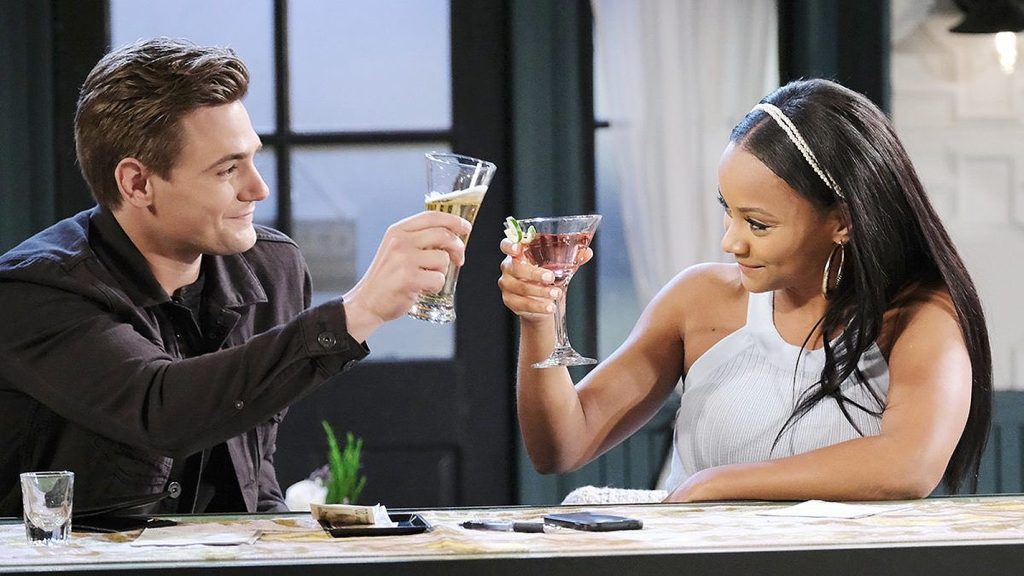 Days of Our Lives spoilers for the next two weeks from January 9-20, 2023, reveal that Kayla will die before she can meet her daughter. Stephanie will be too late to reach the hospital, which will put Alex in trouble. Elsewhere, Eric will threaten Kristen at gunpoint and will demand where the orchid is. Brady will also come clean to Chloe about Kristen’s blackmail and will expect that she can forgive him this time.

During the week of January 16-20, 2023, Will Horton will make a wild discovery about Leo. Belle will also return to the town after she gets the tragic news. Marlena will be on her deathbed, and John will help to fulfill her last wish. Later, Chloe will rip into Kristen for scheming against her and Brady’s relationship. While the situation gets tough for Kristen from all directions, Rachel will continue to think she is a victim. What will Rachel do? Keep reading to know what DOOL has in store for the viewers in the coming weeks.

Days of Our Lives Spoilers For The Week Of January 9-13, 2023: Kayla Dies, Stephanie Blames Alex

First, Chad will try his best to call and text Stephanie to inform her about her mother’s state. Days of Our Lives spoilers reveal that Alex will make sure that Stephanie doesn’t know Chad is calling her. Fans know that Alex hates Chad’s friendship with Stephanie, that is precisely why he will keep Stephanie distracted from her phone. Once they hit the sheets, Kayla will also die in the hospital.

However, Chad will finally find Stephanie and inform her about her mother. Even though she rushes to the hospital, she won’t make it in time. Stephanie will become an emotional wreck when she realizes that she wasn’t able to give her any last farewell. Other Days of Our Lives spoilers say Sonny will push Alex to come clean to Stephanie, who herself will be waiting to hear the truth. Once Alex spills the truth about the calls, Stephanie will blast at him. Will this become the root cause for them to separate ways? We will know that soon.

Days Of Our Lives Spoilers: Eric Threatens Kristen With A Gun

Coming up next, Marlena will also be fading faster than expected. Days of Our Lives spoilers say Eric will decide to take things into his hands. He will confront Kristen and will threaten her at gunpoint. He won’t believe her and will think that Kristen knows where the orchid is. However, later, he will have no choice but to believe her since the orchid will be missing for real.

At the prison, Rex will inform Lucas about Kate’s death, and he will be devastated. However, that won’t stop him from attacking Orpheus later. He will know that Orpheus is the one who administered them with poison, so he will physically attack him. Orpheus will be Lucas’ cellmate in Statesville, John will somehow manage to stop Lucas from hitting him. Later, Orpheus will arrange for some liquor for Lucas and make sure he consumes it.

Next week, Belle will get some tragic updates about the former hostage dying one after the other. Days Of Our Lives spoilers say Belle will return to Salem to meet with Marlena. She will become an emotional wreck after meeting her. While Marlena is on the verge of dying, she will ask John for a last wish. Looks like she will want to die in peace in John’s arms.

So, Johnny and Chanel will arrange for a presentation on the rooftop. While Marlena and John enjoy some alone time together, reminiscing their life from the start, Marlena will also die in his arms. As for Johnny and Chanel, they will also come closer to each other in the meantime. Will Allie notice their recent closeness? We will know that soon.

Elsewhere, Will Horton will make a wild discovery. The spoilers say Will Horton will find a padded muscle suit which he will immediately know to who it belongs to. He will know that Leo was the one who helped Ava and scared Bonnie with the clown mask. So, troubles are mounting for Leo as he continues to play the victim card.

Finally, it will be Kristen’s turn to face the music. After getting decent quality time of having the upper hand, Kristen will finally face everyone’s wrath. Days of Our Lives spoilers point that Steve will hold her responsible for Kayla’s death. Not just that, Chloe will also rip into her for ruing her and Brady’s relationship using that orchid as leverage.

Since EJ also knew about it and kept quiet, Kristen will choose to blackmail him now. However, that plan will also go in the drain. While Stefan will decide to confront EJ, he will first have to confront Li. Fans can expect Li and Stefan to give a showdown. While Kristen is facing problems from all sides, Rachel will be the only person who thinks she is good.

Looks like Rachel will create a ruckus when she sees Chloe and Brady together. Fans know that she wants her family to reunite. So, she won’t like her father going back to Chloe and leaving her mother. Things will remain chaotic in Salem for now, but there will be a huge twist in the future which will bring back all three former hostages. Days Of Our Lives airs every weekday on Peacock+ in the US and on the W Network in Canada. For more updates and spoilers, visit our website, TV Season & Spoilers.