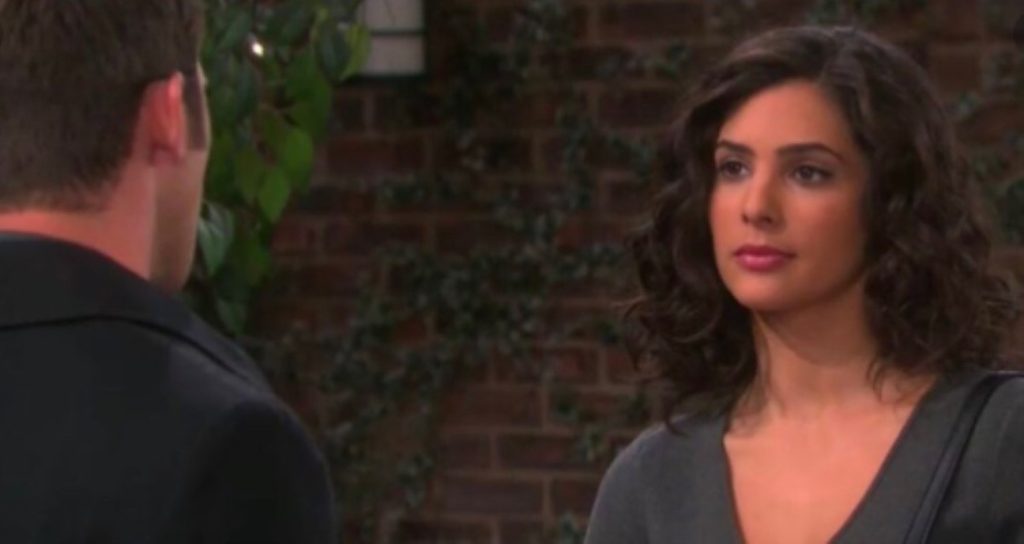 Days of Our Lives spoilers for the week of August 22-26, 2022, reveal that EJ will grow concerned about his son, Johnny. He will know that Ava is trying to grab hold of him. So, that will worry him. Meanwhile, Li and Rolf will have a conversation that will get interrupted by Gabi.

At the lab, Stefan will gain consciousness and might try to escape from there. Elsewhere, Sonny will advise Alex on his love life. In the meantime, Steve and John will team up to plot against Orpheus. Would they be able to take him down? Keep reading to find what DOOL has in store for its viewers.

In the town, Sonny and Alex will have a conversation. The Days of Our Lives spoilers say that Sonny will advise Alex to stop playing around and invest in a single woman. He knows that Alex keeps flirting with any woman he crosses paths with. Later, Alex might come across Stephanie and will realize that he is infatuated with her.

Speaking of Stephanie, after so many years, she has returned to Salem. She will meet with Chad, and they will both reminisce about past memories. However, she will be facing some issues with her family, especially her father, Steve. To ease things out, Kayla will play the peacemaker in between the father-daughter duo.

Later, Steve and John will interrupt Stephanie’s meeting. It might be something to do with Orpheus. DOOL spoilers say that Orpheus will try to mess up with Marlena and Kayla. However, Steve and John are hell-bent on taking Orpheus down. So, they will make an intervention.

At the police station, Gwen will come for an interrogation. She will tell everyone that she is innocent. Not just her, Leo will also parrot the same thing. In the meantime, Sloan will help her client, Leo, to get out of this whole mess. As for Melinda, she might have some announcements to make regarding Leo and Gwen’s future.

Over with EJ, he will be furious with the brewing closeness of his son and Ava. The Days Of Our Lives spoilers claim that EJ will corner Ava and ask some hard questions here. He will ask her not to seduce his son. However, Ava will remind him that Johnny is no longer a kid. He is mature enough to take action for his love life. With this, Ava might think that EJ should just mind his own business.

Elsewhere, Nicole will walk in just when Jada and Eric are in an intimate moment. She will see Jada naked in Eric’s bedroom and realize that this might be her time to back off from her ex-husband’s life. As for Kate, she will approach Roman again, wishing that they could give each other another shot. Roman will listen to her and might be willing to give her wish a shot. He will like it that Kate is willing to take responsibility for her actions this time around.

Further on Days of Our Lives, Gabi will interrupt Li and Rolf’s meeting. She will know that they both are stirring something up behind her back. However, Li will try to distract her from the truth and will lie to her. Whatever it is, Gabi will start suspecting both the men.

In the lab, Stefan will regain consciousness, and the first thing he’ll do is, try to escape the hideout. He will want to meet the love of his life, Gabi. When Li learns about his escape, he will lash out at Dr. Rolf’s irresponsibility. It is teased that Li will catch Stefan even before he meets Gabi. Things are getting clumsier with Stefan’s awakening. Stay tuned and watch Days Of Our Lives which airs every Weekdays on NBC. For more information on spoilers and updates, visit our website, TV Season & Spoilers.