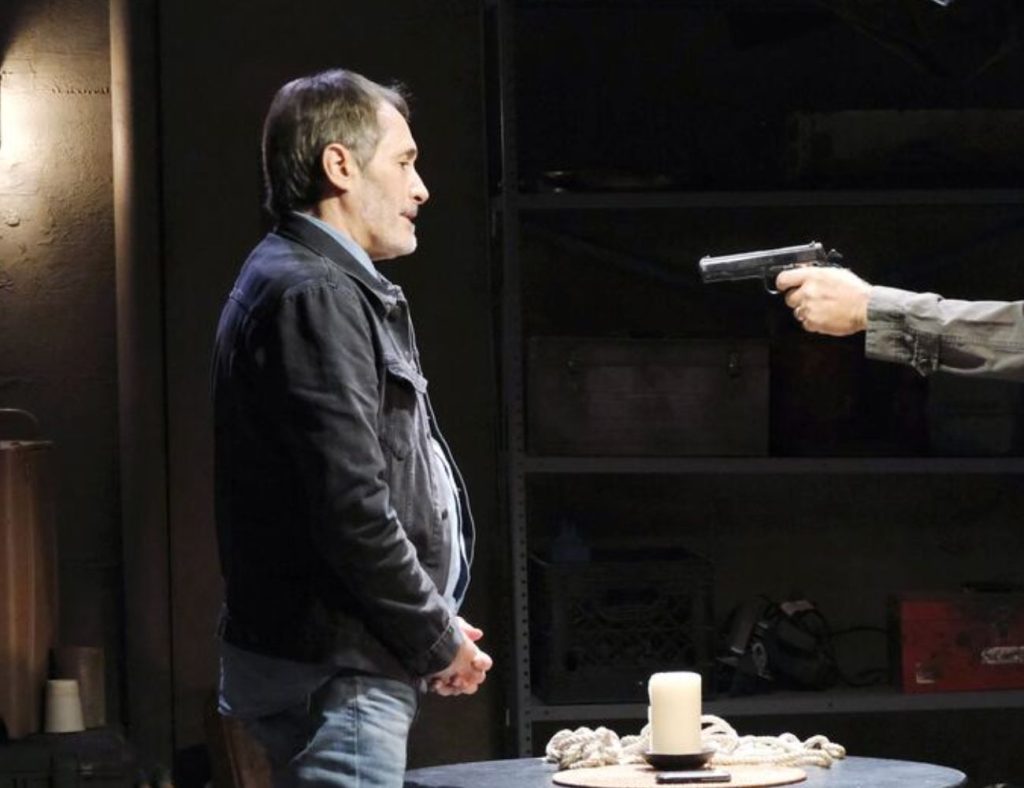 Days of Our Lives: Steve PLANS To KILL Orpheus

Days of Our Lives is in mourning off late. With the consecutive deaths of Kate and Kayla and Marlena on the verge, Salem is drowning in tears. However, there is one person who is drowning in rage, Steve Johnson. We recently witnessed him corner Salem’s resident vixen, Kristen. But that is not enough for Steve; he wants more. He wants Orpheus dead. After all, it was his deadly toxin that has cost Kate and Kayla their lives and is about to cost Marlena next. Can Steve pull this off? Moreover, if he does, will he get charged with murder too? Is it really worth it?

Steve Johnson Out For Vengeance

Steve is heartbroken at Kayla’s passing on Days of Our Lives. His pain has now turned into rage, and he is craving vengeance. Steve recently let his darker side take over him and unleashed his wrath on Kristen. While in the beginning, it felt like he wanted her life, he stepped back and settled for taking away her freedom. He cornered Kristen and recorded her confession, then had her arrested. That satiated him a little but not entirely. After all, Kristen was just a player in the game, not the one who started it.

Even in her confession, Kristen admitted that she never wanted the ladies dead on Days of Our Lives. She claimed that she was only withholding the orchid temporarily and would have eventually given it to them to help Kate, Kayla, and Marlena. However, the orchid got stolen, and she bargained that it was not really her fault. While Steve was still mad at her, he understands that, in a twisted way, Kristen is right. The real culprit for the ladies fate is Orpheus.

Steve Plans To Kill Orpheus On Days Of Our Lives

The latest Days of Our Lives spoilers suggest that Steve will be approaching Roman Brady and John Black with a dangerous plan. Currently, Orpheus is incarcerated at the Statesville prison facility. But his imprisonment is not enough punishment in Steve’s eyes. Hence, he may reach out to Roman and John to back him up in a murder plan. Initially, Steve’s proposal is sure to shock the men. After all, it’s murder they are talking about. They may try to dissuade Steve by reminding him that his children need him more than ever.

However, Steve is too shattered by Kayla’s passing on Days of Our Lives. He will not rest until he has avenged her death. Seeing his steely resolve, Roman and John may get on board too. They, too, have suffered the same fate as Steve and Orpheus is their common enemy. But how can they pull off his murder while he remains imprisoned? Perhaps they can rent criminal hands behind the bars to do the deed? We have seen that happen before! No reason it can’t happen! If you have a better idea, please share it in the comments. Meanwhile, stay tuned to Days of Our Lives to find out Steve’s next move!