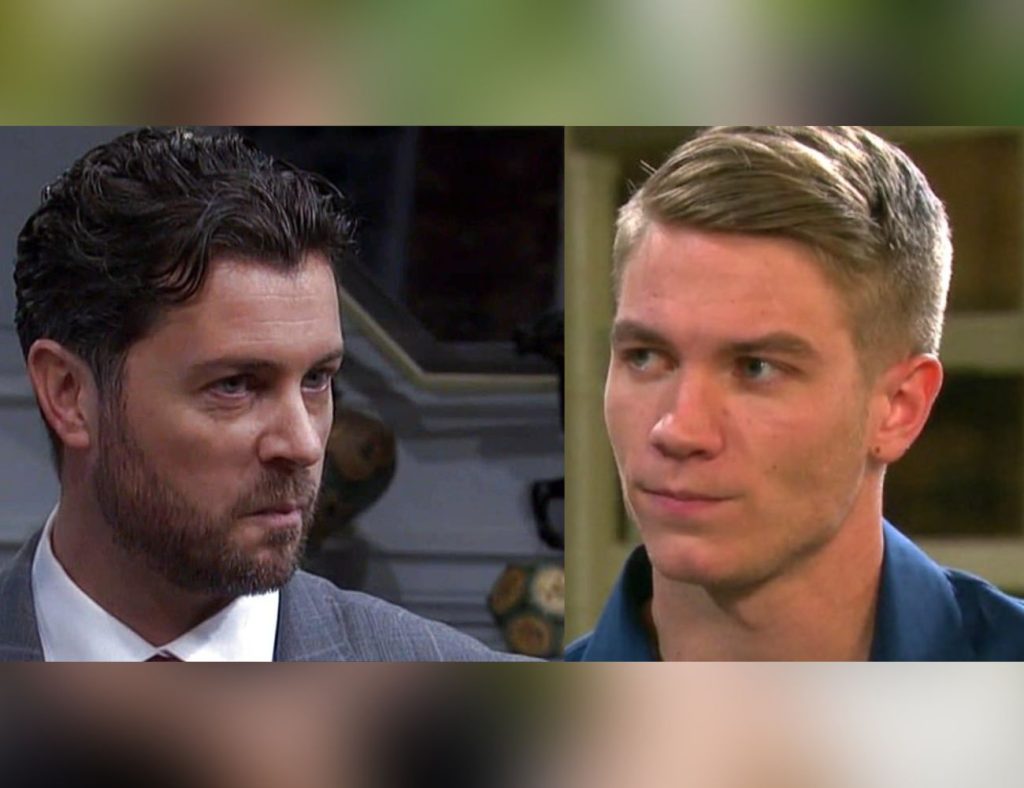 Days of Our Lives never comes slow when it comes to high octane drama. There is always plenty cooking up in Salem. Recently, Ava Vitali came up with an explosive plan to cause havoc in Salem, however it massively backfired and landed her in a hospital bed. The beginning of her end in the daily soap, at least for now! Seeing his mother in the descent of madness will push Tripp over the edge and want revenge from the one responsible for his mother’s predicament, EJ DiMera. Keep Reading to find out what could go down in Salem next!

Ava’s Marriage Sham And The Aftermath

Ava had finally found happiness in the arms of Jake DiMera on Days of Our Lives. However, as a thumb rule, there aren’t any happily ever afters in Soap Operas. Thus, devastatingly, Jake was shot dead in a robbery gone wrong. Ava was understandably left heartbroken by her lover’s demise. With every passing day Ava kept spiralling down in depression, deeper and deeper. Despite many attempts from her son, Tripp, there was no helping her.

Gabi decided to take advantage of Ava’s fragile state on Days of Our Lives. She convinced Ava to lie to EJ that Jake had married her before he died. Ava, thus, claimed Jake’s shares in the DiMera empire. On the side, securing Gabi’s place as the CEO of DiMera Enterprises. However, her sham did not hold ground in front of EJ for too long, and he eventually exposed her and banished her from Salem. Enraged, Ava swore revenge and kidnapped EJ’s mom Susan. Later, in her delusional state, she had visions of her deceased son wanting her to kill Susan. She complied and drove Susan off the cliff. Later, she planted a bomb at Susan’s memorial. However, she ended up injuring herself.

Tripp Avenges His Mother Ava, Comes For EJ DiMera on Days Of Our Lives

The injuries sustained in the explosion, gone wrong, led Ava to be taken to the hospital. The latest Days of Our Lives spoilers suggest that Ava will now be sent to Bayview for mental health treatment. It is safe to connect the dots that at the hospital, the medical staff will realize how badly her mental health has taken a hit and will send her off for mental rehab to Bayview. This will neatly tie in with actress Tamara Braun’s exit from the soap. As, she can be easily be written off as getting treatment off screen at Bayview.

However, this sad ending to Ava’s track on Days of Our Lives will surely leave her son Tripp fuming. He already tried so hard to save his mother from mental decline after Jake’s passing and now seeing her being shipped off to Bayview will break him. Tripp will certainly put the blame of his mother’s predicament on EJ. Moreover, when Ava kidnapped Susan, EJ, in retaliation, had kidnapped Tripp. So that’s one more score for Tripp to settle with EJ. It will be fascinating to watch what plan Tripp comes up with to takedown EJ. Stay tuned to Peacock for the upcoming episodes of Days of Our Lives, to find out what happens next.