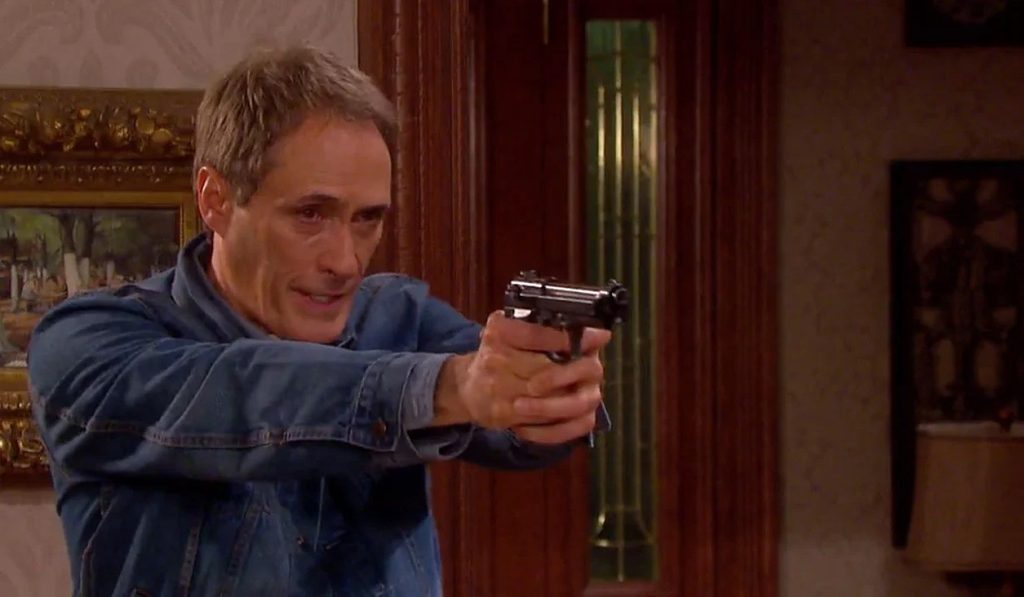 Days Of Our Lives, two weekly spoilers from August 22 – September 2, 2022, reveal that EJ will continue to suspect Ava. He will also corner her and might have some questions in store. In the meantime, Alex might also bump into someone and fall in love at first sight. Elsewhere, Orpheus will kidnap Marlena and Kayla. As for Gabi, she will be convinced that Li is definitely hiding something.

Later in the week of August 29 – September 2, 2022, Gabi will eavesdrop on Li’s phone call. Over with Orpheus, he will now plant a mysterious box at Roman’s birthday party. In the meantime, Chad will find something shocking. What could that be? Keep reading to find out what unfolds in next two weeks’ episodes.

During the first week, EJ will continue to suspect Ava. However, he will corner her and might have questions for her of seducing his son. He will know that it might also be a part of her plan. As for Ava, she will reply that Johnny is no longer a kid. He is mature enough to make his own decisions.

Elsewhere, Rafe will interrogate Gwen on the night Abigail was murdered. She will tell him her side of the story. In the meantime, Leo will also inform his lawyer about his version of the story. Whatever it is, Melinda will soon come and inform both of them about their punishments.

Over with Alex, he will bump into Stephanie. He will fall for her at first sight itself. The spoilers for DOOL claim that Alex will fall head over heels for Stephanie and will decide to win her anyhow. Speaking of Stephanie, she will meet up with Chad. They both are likely to reminisce about the old times, she might also help him escape the agony a little bit.

Days Of Our Lives Spoilers: Gabi’s Suspicion Over Li

Next, Gabi will still have the feeling that Li is hiding something from her. Fans already saw when Gabi busted Li and Rolf talking. Even though Li tried giving excuses and thought Gabi believed him, the reality is different.

In the lab, after Dr. Rolf starts his mad science experiment on Stefan. But he will by mistake, awake Stefan. A rather confused Stefan will ask him about his whereabouts and will ultimately ask for his wife, Gabi. In search of Gabi, Stefan will even try to escape from the lab. However, Li might track him down just at the right time. For Li, he can do anything to sabotage Gabi and Stefan’s relationship.

Over with Orpheus, he will kidnap Marlena and Kayla. However, Steve and John will team up in order to save their wives. Orpheus is already going over the head, he has crossed the threshold. Will John and Steve teach him a good lesson? We will know that in the upcoming episode.

Further on Days Of Our Lives, EJ will finally find a way to tackle the Ava issue. It is teased that EJ might cause some serious problems in the shareholders meeting. Is Ava likely to get caught this time? We will know that in the upcoming episodes.

Over with Kristen, she will successfully brainwash Rachel over a family reunion. Of course, Rachel will definitely want her parents to reunite. This might lead to her lashing out at Chloe.

On the other hand is Alex, who will start religiously working towards making Stephanie fall for him. And is luck, things might even turn out to be a little good for him. His approach towards Stephanie might actually show a little bit of progression. Speaking of Stephanie, Sonny will have a job offer for her.

As for Gabi, she will eavesdrop on Li’s phone call with Dr. Rolf. She will be convinced that there surely is something cooking behind her back. It is clear by now that Gabi doesn’t believe Li at all. On the other hand, at the lab, Stefan will be bought back, and Rolf will start his experiment. Now, he wants to make Stefan only remember about Chloe and not his wife, Gabi.

Elsewhere, Orpheus will visit Roman’s birthday party. This unwelcomed guest will now create a chaos among the people. He will leave a mysterious box among the crowd. However, Steve, Roman, and John might try to open it. Possibilities are that the box might contain a bomb in it.

Shawn and Belle will also try to soothe their misunderstandings. They will want to make their marriage back to normal. Even though they know that EJ is still a problem, they are likely to take steps for their broken marriage.

Days Of Our Lives Spoilers: Leo Lands In Another Mess!

It looks like Leo either has very bad luck walking side by side or is extremely dumb to get himself into trouble. Days Of Our Lives spoilers show that Leo will get bail and might be get clear from the conviction. In the meantime, he will corner Sonny and might also put himself in trouble.

Later, Chad might come across some shocking updates. This might be some bad news for Alex, Justin, and Bonnie. It looks like Chad might find an injured Sonny. This situation might actually be like someone attacked Sonny by Leo’s timing was wrong, and he ended up looking guilty once again! DOOL spoilers say there is more to the storyline, and viewers will find the episodes very interesting in the coming weeks. Stay tuned and watch Days Of Our Lives which airs every Weekdays on NBC. For more information on updates and spoilers, visit our website, TV Season & Spoilers.