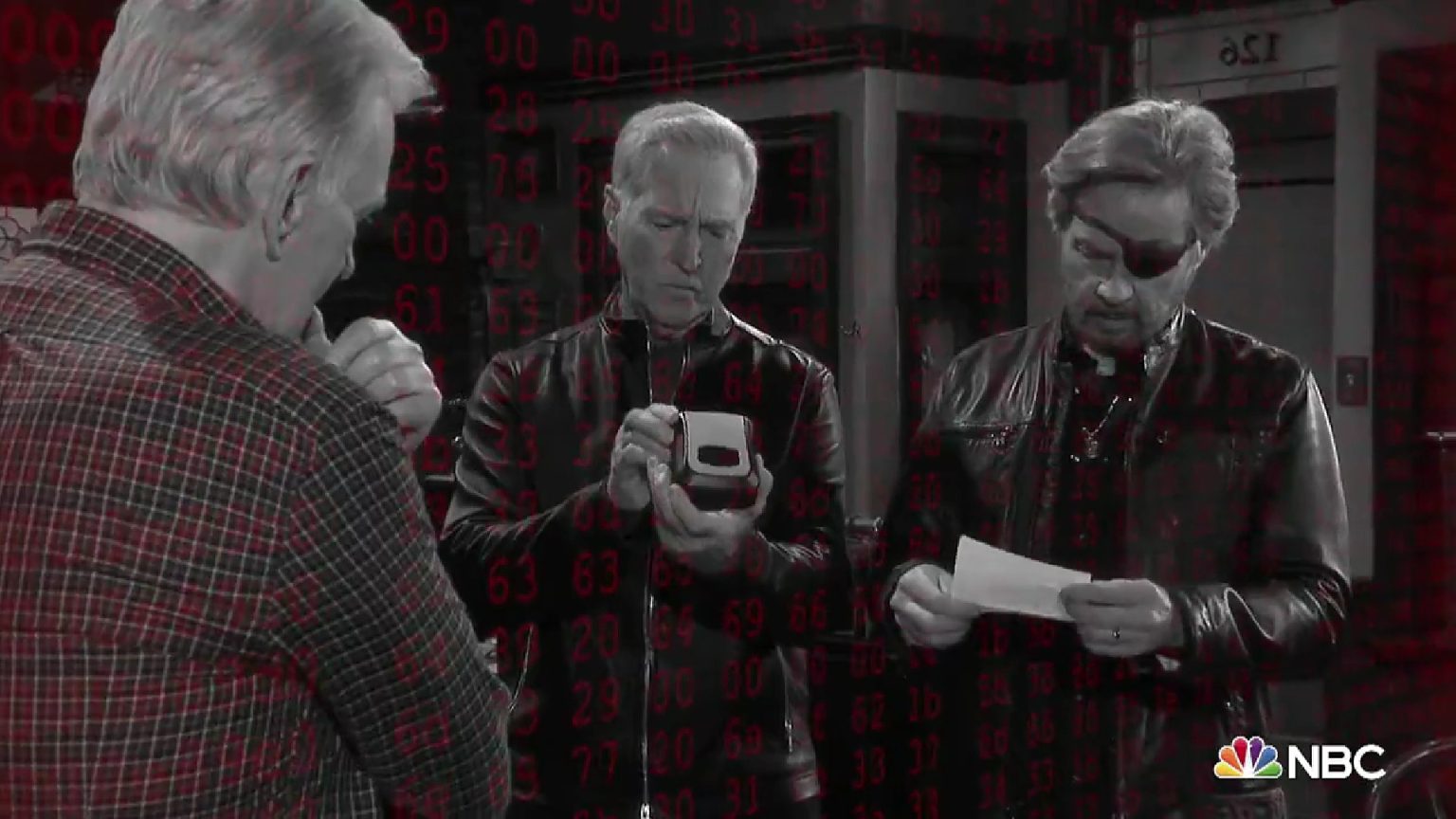 Days Of Our Lives preview video for the week of August 29-September 2, 2022, reveals that Orpheus will kidnap Kate as well. Steve, Roman, and John will search for their wives. In the meantime, Orpheus will play a mind game with them. Through a video message, he will ask them to solve a puzzle. Will they be able to solve and save their wives? Keep reading to know the answer.

Orpheus has already kept Marlena and Kayla as hostages. It looks like one more will join them, and it is none other than Kate. The Days of Our Lives preview clips show Marlena, Kayla and Kate tied on a chair, struggling to lose their grip. Later, Orpheus sends a mysterious package to Steve, John, and Roman. Through that, they will learn about the bomb planted on the three women.

At the godown, Steve, Roman, and John will finally reach there. They will find a video message left by Orpheus. Of course, Orpheus will not let them take their wives that easily. So, he will have a mind game for them to play. The rules of which he will explain in the video message. It looks like they’ve got on an hour for rescue. If they are unable to solve the puzzle, the bombs will automatically blast, killing all of them.

Days Of Our Lives Spoilers: Steve-Roman-John’s Trick To Escape

Further on Days Of Our Lives, the video shows the three of them solving the puzzle. However, it is teased that they will definitely have some backup plan. The thing is, even if they solve the puzzle, there is no guarantee that Orpheus will leave their wives.

Not to mention, Orpheus is a very unpredictable character in the soap. He can do anything at any time without thinking about the consequences. To save time, they will split into two teams. Steve and Roman

will track down the bomb’s location while John will try to find all three hostages.

Whatever it is, Days of Our Lives is going to air very anxiety-inducing episodes in the upcoming week. What are your thoughts on the men trying to save their better half? Will they succeed in their mission? Watch the preview video and then comment your thoughts below. Days Of Our Lives airs every weekday on NBC. For more updates and spoilers, visit our website, TV Season & Spoilers.