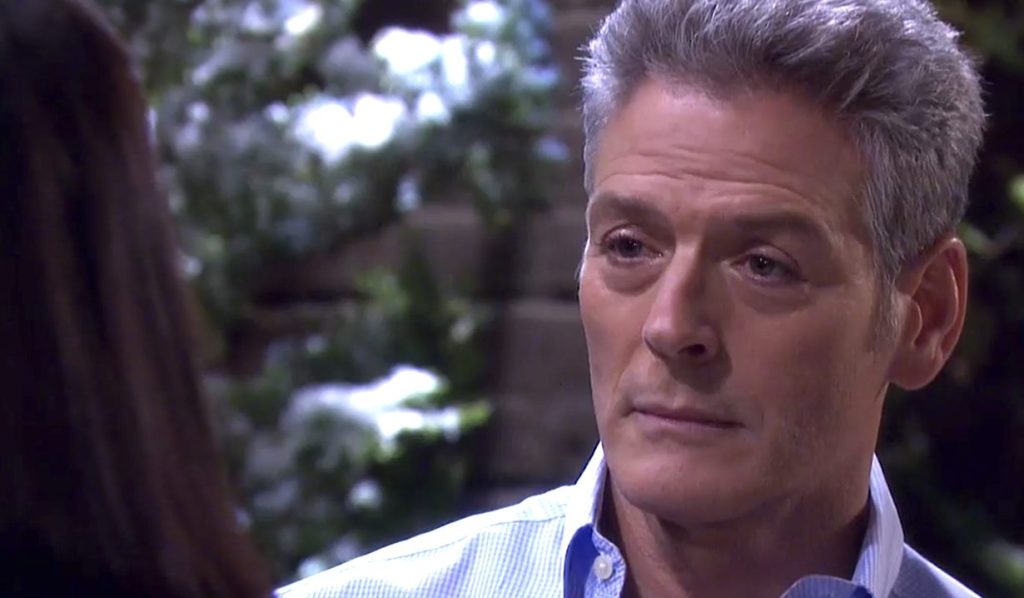 Days Of Our Lives Spoilers For The Week Of October 3-7, 2022: Jennifer Bids Goodbye, Craig And Nancy Get Back Together?

Days of Our Lives spoilers for the week of October 3-7, 2022, tease that Mike will return to Salem. Later, Jennifer will bid goodbyes to everyone as she goes to her rehab exit. Over with Nicole, she and Eric will have a cozy photo shoot. Once Rafe and Jada witness their closeness, they will fume in rage. Elsewhere, the chances of Craig and Nancy getting together won’t happen. Let’s read further to discover what’s in store for the viewers.

This week, Paulina will get an expected visitor – Sloan Petersen! Days Of Our Lives spoilers claim that Sloan will be investigating another case, and she will stumble upon some shocking evidence. She will remind Paulina of a crime that is connected to Chanel or a deadly cover-up from the past that could hamper her political career.

In order to not damage the entire political campaign, Sloan will come up with a strategy. We already saw in the preview video where “murderer” was written on sweet bit’s window. After seeing this, Chanel was visibly taken aback. What is this that Chanel and her mother are trying to hide something? Only time will tell.

Elsewhere, Nicole and Eric will have their cozy photoshoot. Since Nicole has tricked Eric by convincing him to stay in her orbit, she will finitely make use of it. When Rafe and Jada witness their closeness, they will be taken aback.

Further on Days of Our Lives, after Jennifer’s drug’s effect reduces, she will have a clear thought of what she has done to Gwen. But she will continue to keep mum from the police because her family is already facing a lot of trouble. She won’t want to add to it.

Later, Dr. Mike will return to Salem. Once he knows the struggles Jennifer is facing, he will suggest she gets into a rehab center to cure her drug addiction. Days of Our Lives spoilers say that Jennifer will bid goodbyes to her family next week as she gets a rehab exit. Speaking of Gwen, she won’t know that Jennifer was the one who ran over her car on her. However, Fans can Gwen to blame Sarah for that. Although Xander will come in support of his wife, Gwen will remain to think so.

Elsewhere, Stephanie and Chad will enjoy each other’s company over drinks. Even though Chad appreciates her concern for him, he would like her to open up about her ordeal with him. This might be a chance for Stephanie to complain about Kayla and Steve. How Steve kept Kayla’s health crisis a secret from her. And also about Alex, if she should trust him or not. Stephanie will discuss a few of her problems with Chad.

On the other end, Will Horton will push Sonny to patch up with Alex. Even though he betrayed him, Will will explain that it was all to help Titan succeed. Other spoilers tease that Sonny and Alex will eventually patch up with each other.

As we move ahead in the week of October 3-7, 2022, Chanel will have some tips for Johnny regarding Ava. The friendship might turn into much more once Ava realizes her feelings. Later, Allie will also open up with Will about her insecurities in her relationship with Chanel.

Finally, after a dramatic stop to her marriage, Nancy will be devastated. However, when she comes across Craig, they both will mull over the thoughts of getting back together. We know that a lot of fans have speculated about this. Unfortunately, that might not happen since Craig has come out as gay, that little ounce of hope Nancy had will also get swept. However, it is possible that they both might get back as friends but definitely not as couples. Days Of Our Lives airs every weekday on Peacock+ in the US and on The W Network in Canada. For updates and spoilers, visit our website, TV Season & Spoilers.