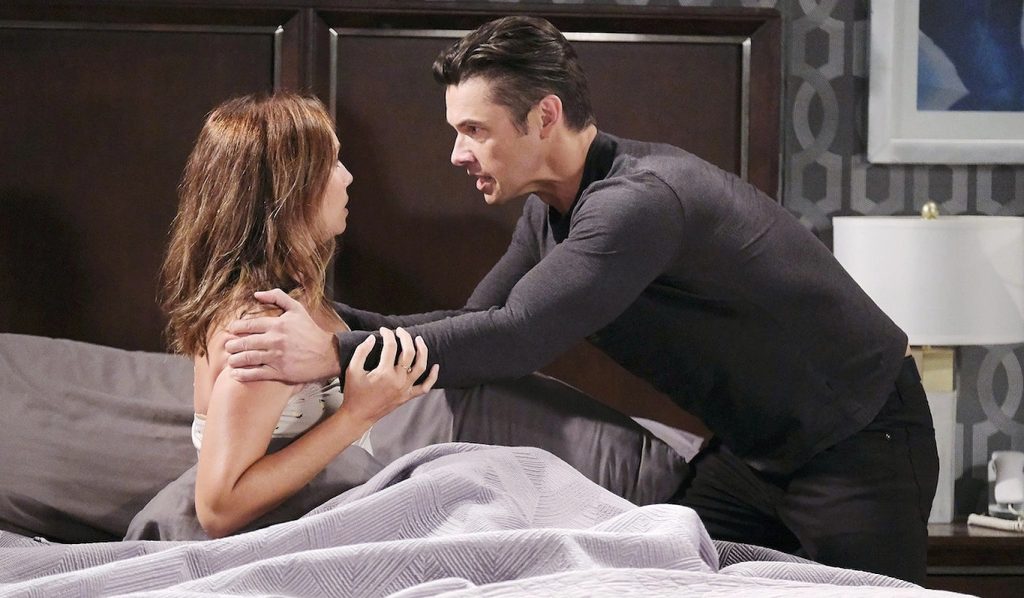 Days of Our Lives: Xander Feels Compassionate To Gwen, Breaks Up With Sarah After The Accident

Days Of Our Lives spoilers tease that Xander will grow concerned for Gwen after she lands up in the hospital in the upcoming days. Will Jennifer’s attack indirectly push these two former flames to get back together? Gwen already has no friends in the town. Will her accident help her to renew her love life? Let’s discuss what DOOL’s storyline has to offer the viewers with this former couple.

Previously General Hospital spoilers claimed that Gwen would land in the hospital. Well, there are two situations that will put Gwen’s life in danger. First, we know that Gwen was the one to burst Jennifer’s secret. When she stumbled upon Jennifer popping pills, she could have easily ignored it. But, Gwen stayed and thought of helping her.

However, Jennifer didn’t get Gwen’s helpful move. Instead, she thought that she is scheming against her. Jennifer did ask Gwen not to tell Jack about it. But in order to help Jennifer, it is important for Jack to know her status. As a result, she did tell him about Jennifer resuming to take drugs. Once she learned about Gwen, she became violent and attacked her.

Second, the recent Days of Our Lives spoilers mentioned that a drugged-up Jennifer gets into car and cr ashes into another car. This time, Gwen was the one who got injured in the car accident. Even though Jennifer sustained some injuries, it was Gwen who was badly injured. The chronology of the spoilers might be a bit confusing. But chances are there that after getting attacked by Jenn, Gwen might have followed her.

Since she knows that Jennifer is under the influence of drugs, Gwen might have followed her. Unfortunately, she also became the victim of the deadly crash. Whatever the case, GH spoilers have assured that Gwen will be rushed to the hospital in a bad state. Everyone will be concerned for her – especially Xander, her former flame!

Days Of Our Lives Spoilers: Xander’s Concern Brings The Former Couples Together?

After getting married to Sarah, Xander is not happy since his past memories keep coming back to haunt him. Once when he admitted sleeping with Nicole, it was a big blow to Sarah that she flew off from their honeymoon. However, Maggie convinced her to stay true to her vows. When Sarah came back, she made Xander promise that he will never play any tricks of that sort again. With his recent concerns for Gwen, will he be able to keep up with his promise?

During the week of September 26-30, 2022, Days of Our Lives spoilers say that Gwen will get injured, Xander will grow concerned about his former flame. Even though Gwen has betrayed him a lot in the past, he won’t be able to think straight when he is rushed to the hospital.

Keeping Xander’s behavior in mind, no doubt, he won’t be able to keep up with Sarah’s demand. Well, if that’s the case, does that mean GH writers are building a platform to reunite these former flames? Looks like Gwen will be waiting for Xander to mess up his marriage.

Once that happens, Gwen will grab the opportunity to take Xander back in her life. As for Xander, he might also not hesitate to dump Sarah. Stay tuned as DOOL is going to air more action-packed episodes in the future. Days Of Our Lives airs every weekdays on Peacock+ in the US and on The W Network in Canada. For more updates and spoilers, visit our website, TV Season & Spoilers.