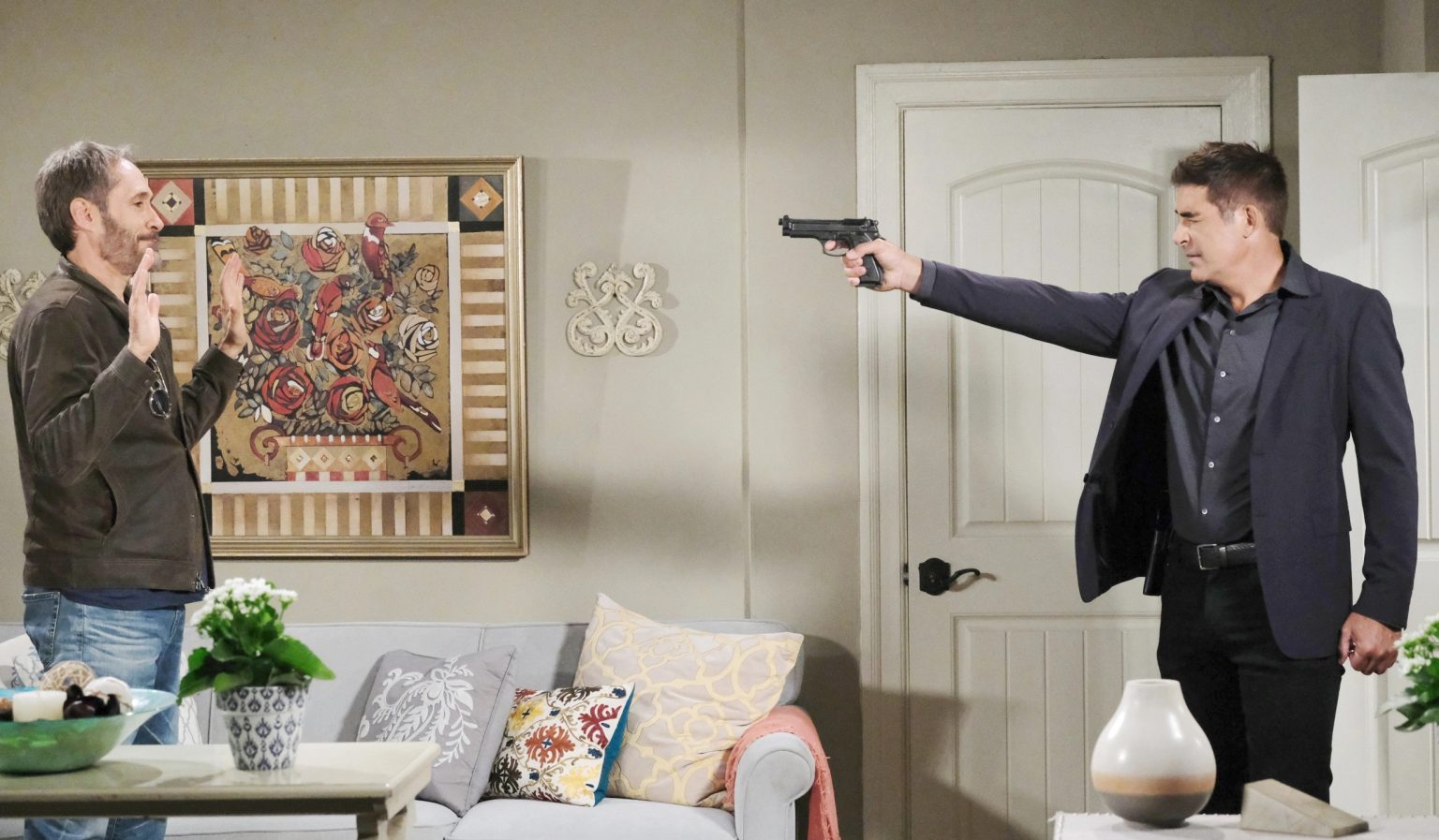 Days of Our Lives recap for Wednesday, September 14, 2022, revealed the story of Sarah and Orpheus. First, we saw Sarah learn about Xander’s one-night stand with Nicole. She was upset to learn about the entire story and told Xander she regretted marrying him. Then, Nicole met Eric and made a job offer without telling Rafe. Sarah walked in on them and apologized for Xander’s behavior.

Meanwhile, Orpheus’ ex-hostages were showing signs of decay. A video message from him confirmed they were sick and would die because of the infection. Furthermore, there was no cure for the menace. Rafe and Jada put together clues from the crime site and catch Orpheus.

In this episode of Days of Our Lives, we saw Sarah and Xander spend quality time together in bed. She wondered who he was with when she was on the island. Xander admitted he had a one-night stand with Nicole Walker. Sarah was furious; she got angry when she learned he blew up Eric and Nicole’s anniversary party for Sami’s one million dollars.

Xander tried to explain himself, but Sarah was not ready to accept she was married to a man who would sleep with someone for money. Furthermore, Xander’s actions also ruined Nicole and Brady’s marriage. She was upset because Xander confessed all this to Brady and humiliated him. Sarah regretted marrying Xander and stormed out of the room.

Meanwhile, Nicole met Eric. While waiting for him to get dressed, she called Chloe and confessed to lying to Rafe about the job offer for Eric. Nicole was determined to make this lie the truth. Eric overheard this part of the conversation and wondered what she was talking about. Furthermore, Eric was concerned about Rafe’s reaction to them working together.

Nicole insisted Rafe was happy to see them work together. An angry and disheveled Sarah arrived

. She apologized on behalf of Xander for the mess he had caused at the anniversary party. Nicole and Brady acknowledged their issues went beyond what happened at the party. They hoped to have learned from their past mistakes.

Further, In this episode of Days of Our Lives, Orpheus’ video message confirmed that the ladies were infected and would get sick. Roman, John, and Steve would now have to watch the women they love die because of the sickening infection. Orpheus wanted them to go through the heartbreak he experienced when Rebecca was taken from him. Furthermore, there was no cure for the infection, and death was certain.

Kayla felt there ought to be a solution to this infection. She did not believe Orpheus was telling the truth. Marlena agreed but felt tired before she could talk anymore. Roman blamed himself, but Kate pointed out he had saved her. Steve assured Kayla he would not let anything happen to her.

At the Salem PD, Jada understood Nicole was lying to Rafe about Eric’s job offer. She let Rafe believe she did know the details of the offer. Meanwhile, Rafe discovered a particular kind of ink was found on the rope used to tie the hostages. They realized the ink was from ‘Rebecca printing’ and arrived at the location. They caught Orpheus and demanded he drop his weapon. Days of Our Lives airs on Peacock streaming service all weekdays. Stay tuned with TV Season & Spoilers for the latest news and updates.