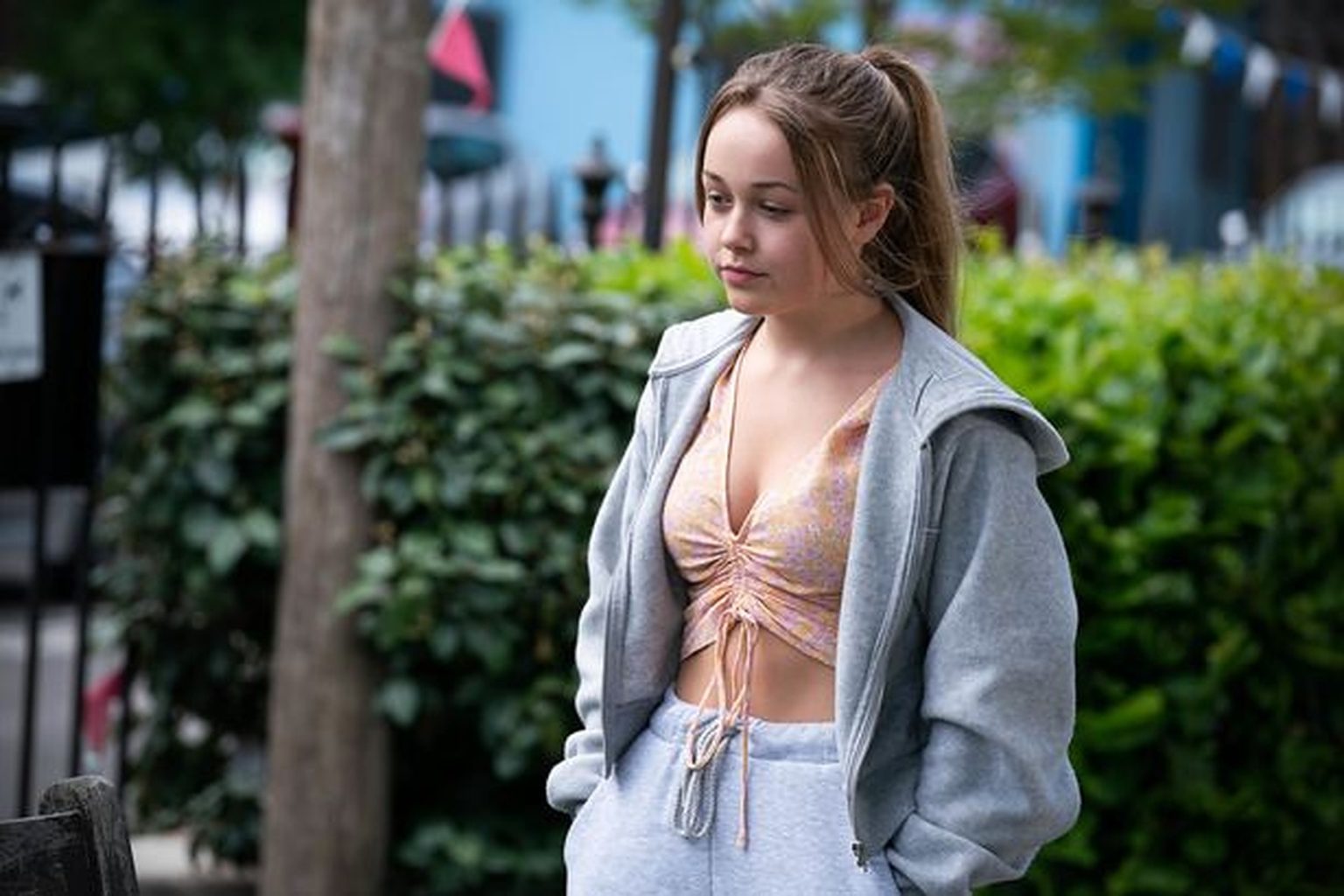 EastEnders Spoilers For Monday, November 14, 2022: Amy’s Truth Is Out, Will Sam Rat Her?

This Monday, EastEnders will be back with another set of interesting episodes where the viewers are going to get to see a lot of drama. The Monday, November 14, 2022, the episode will start with Ricky shutting Sam down while she tries to make amends. After that, Amy will find herself in a very vulnerable position after she is found in an argument with her friends from the school. Then, Sam and Amy will also have an altercation which is going to leave Jack annoyed. What would he do? Here is everything about it.

Starting the Monday episode, Ricky will be mad at Sam when she fails to show up at another one of his school events. This will leave him furious, and he wouldn’t want to speak with his mother again. However, that doesn’t mean that Sam is going to sit back and do nothing. EastEnders spoilers reveal that she will try her best to build that bridge again. But, how will she be the question?

Further EastEnders spoilers suggest that Jack will arrange for a birthday party for his daughter Amy who had refused to leave her room on that day. So, he will arrange for a belated celebration. So, Sam hopes to bag an invitation here and see this as an opportunity to speak with her son. However, it doesn’t look like that is going to be an easy task because Denise will tell her that she isn’t welcome at her home.

Amy Gets In An Argument, Tries To Weasel Her Way Out Of The Situation

Next, EastEnders spoilers suggest that Amy will get into an argument with Nugget, Lily, and Denzel. This will be about the rumours making rounds. Denzel will try to make things better between him and Amy, but it looks like Amy will push him aside. While Amy is still dealing with Denzel and everyone else, she will have to face another extreme situation. The spoilers suggest that Amy will be in Branning house when Sam comes there with a dress. She hopes that if she gives Amy the dress, she might be able to get an invitation from her. She will use her old keys to get inside the house. However, when she finds Amy, she is shocked to her bones.

At the Vic, Jack will still be waiting for Amy at the celebration. He will be annoyed because Amy was a no-show. However, she will soon turn up with Sam there. Amy had extended Sam an invitation hoping that would aid in her keeping quiet about what she saw at the Branning house. However, no such thing will happen because Sam will corner Jack and tell him about Amy. They will realize that Amy was at the door during their conversation, and now, Amy has heard everything.

EastEnders: Alfie Is In A Pickle, Finlay And Felix Have A Plan

While Amy and Sam have the major storyline in this episode, this episode will end with an interesting storyline for Alfie. Kat has left the boys with Alfie. So, he will try to reassure Kat that everything is under control. To keep the boys engaged, Alfie will come up with a game where he will ask the kids to guess the code to Phil’s safe. To Alfie’s surprise, together, they will figure it out. They will find handsome cash inside the safe, and it will shock them as well as Alfie. EastEnders spoilers suggest that Sam will show up there, and Alfie will hurry the boys to keep the money back.

More related spoilers suggest that this isn’t all Alfie will deal with because he will have to juggle the problems at the cab office. Along with that, he will also have to buy Tommy a zombie video game. EastEnders spoilers say that when Mitch’s cab breaks down, Alfie will drive to Bingo and hope he will have the time to do his chores. However, the situation will take another turn. A masked gunman will jump in his cab and start to threaten her.

Rounding off the Monday spoilers of EastEnders, Finlay and Felix will decide to throw a party at their home. Since Chelsea is away, they would try to make use of the situation and time. However, Whitney won’t be in favour. But, when the boys tell her about inviting Zack and how he is looking for love, Whitney has a change of heart. Would she and Zack become a thing? We will know soon. EastEnders airs on BBC One and BBC iPlayer Monday to Thursday. Make sure you tune in and enjoy.