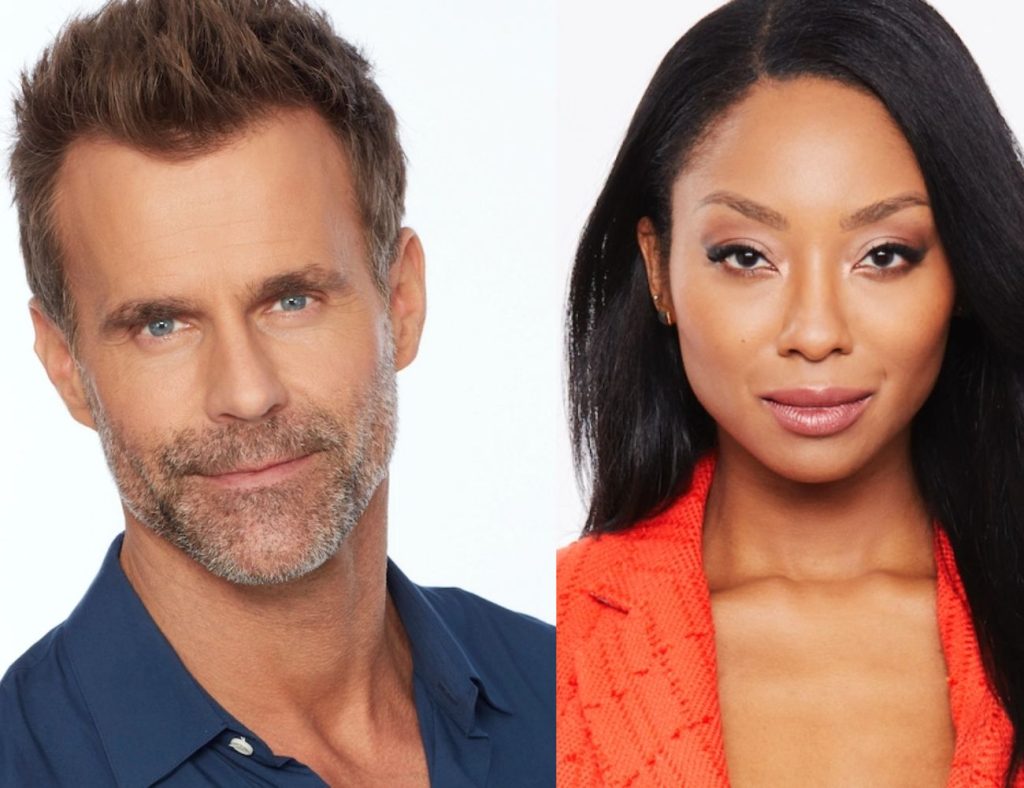 General Hospital: A New Couple In The Making, Drew and Jordan Come Closer

Drew and Carly have a secret romance going on in General Hospital. Since Carly wants to keep their new relationship under wraps in Port Charles, or rather Port of Secrets, could something new brew for Drew? General Hospital viewers know that the relationship isn’t the only secret that Carly is keeping. In fact, She is also currently sitting on a secret of a combust magnitude. The one of Nina and Willow’s real biological connection. Talking about bio connections, Jordan to knows one such secret! Once the secrets explode, will the aftermath bring Drew and Jordan together on common ground? Are we about to see a new romance on General Hospital?

The Ticking Bombs Of Secrets

Post her Jacksonville escapades, Carly had returned to Port Charles with Drew in her arms as a victory prize on General Hospital. However, she pushed Drew to keep their romance under wraps, thus, planting the first seed for an inevitable fallout between the two! Later, circumstances lead to Drew keeping a secret of his own from her. Willow’s leukemia secret. Which actually comes across as honorable things, as he is merely adhering to Willow’s wish of keeping her diagnosis a secret. Thus, he embarked on a mission to find Willow’s birth parents to get her the bone marrow she needs. As soon as Carly catches wind of Drew’s quest, she throws a wrench in it! Reminding us that Carly is in fact the veteran in secret keeping.

Carly has known all along that Nina is Willow’s mom on General Hospital. But she is going to unimaginable lengths to keep it hidden from Drew. However, it is only a matter of time till Drew uncovers the truth. And, boy! once he does! Carly can kiss him goodbye! He is surely dumping her over the betrayal. On related grounds, Portia, too is keeping a secret from Curtis, and Jordan is in the know! Portia is not telling him that he may be Trina’s bio dad, despite Jordan pushing her to come clean. Once that secret comes out, Curtis will no doubt rip into Jordan for being an accomplice in the secret keeping. When has he ever let a chance slip to blast Jordan?

Is there anything that brings two people closer together than common pain? Soap History says, Not! There are two hearts that are soon to be aching with betrayal and accusations on General Hospital. No points for guessing, Drew and Jordan, of course! Once Drew finds out how badly Carly has betrayed him by not just derailing his search attempts, but also keeping a secret that dates back years. He will surely not want to see any more of Carly after that. Jordan will become the scapegoat of Curtis’s rage for keeping him in the dark of being Trina’s dad. He will rain on her parade for allegedly keeping the secret from him just to get to him.

His accusations, however, are not correct. Jordan will feel the pinch of being bashed up for something she was actually trying to fix on General Hospital. This may bring Drew and Jordan together for a heart-to-heart. They may bump into each other over a few glasses of sippies, trying to drown their pain. They will open up to each other about what happened to them. Jordan might pacify Drew by saying he deserves better than Carly. While Drew may give her the assurance that she did nothing wrong and is blameless. Thus, forming a connection with a promise of tomorrow. If fans are to be believed, Jordan and Drew have already passed the chemistry test! If they turn their connection into romance, they will surely set the screen on fire! If you agree, then stay tuned to ABC t see it all unfold on General Hospital.