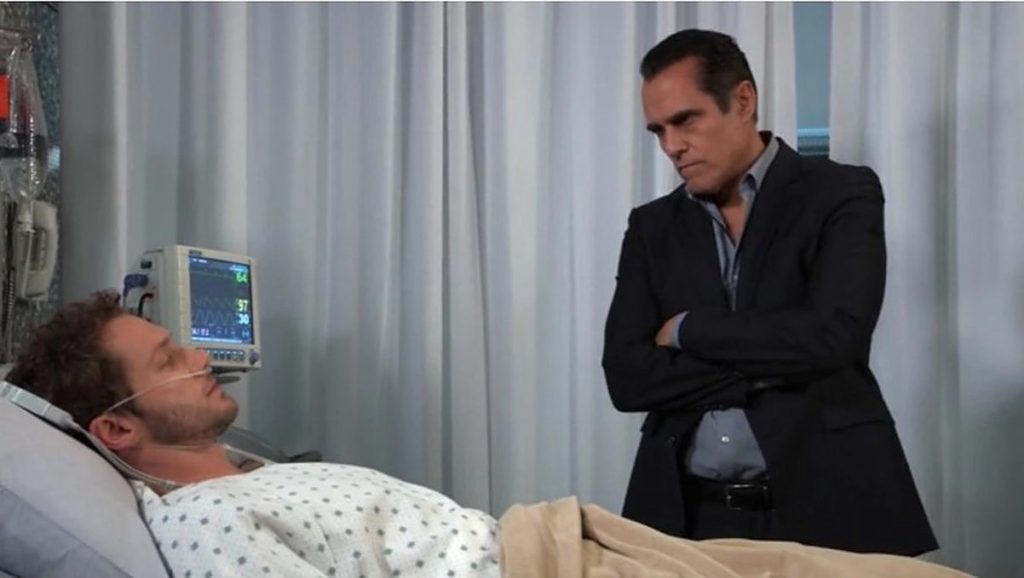 General Hospital: Brando Is SHOT, Will He Survive?

General Hospital latest spoilers suggest that Sonny will make some moves that he might regret in the coming weeks. Viewers know that Sonny feels like he needs to make a bold move to prove that he’s the boss. So, when Sonny does that, it will lead to disastrous consequences. What will happen next? Keep reading to find out.

Sonny Wants To Prove That He Is in Incharge

For starters, GH spoilers for the week of April 18-22 suggest that Sonny Corinthos will make a move to show his strength. He wants everyone in Port Charles to know that he’s the mob boss. So, the mob boss will fight with some thugs who want to move their influence to the east coast, where Sonny plies his trade.

Moreover, Sonny chooses Brando Corbin to be a part of this plan. Long-time viewers know that Sonny trusts Brando. And Brando doesn’t care about anything when it comes to helping Sonny.

In addition, Sonny has always been there for Brando and his family, so he feels indebted to Sonny. When Brando agrees to help Sonny, this power move of proving strength will lead to some very serious results.

Speaking of serious results, General Hospital spoilers for the week of April 25-29, 2022, suggest that there will be a lot of dangerous incidents that will all link to Sonny. It is likely that the expansion from the West Coast will revert back, and Brando will end up in grave danger. The spoilers tease that, along with Brando, Sasha might also be at risk during this whole disaster.

Furthermore, Gladys and Sasha will find something that will leave them horrified. Sasha is terrified by the thought of losing her husband. And there is a possibility that Brando might take the bullet while defending his wife. So, Sasha will rush to her husband after the gunfire, which might lead to a lot of trouble for the newlyweds. It seems like Sasha will want Brando to leave working for the mob boss after this.