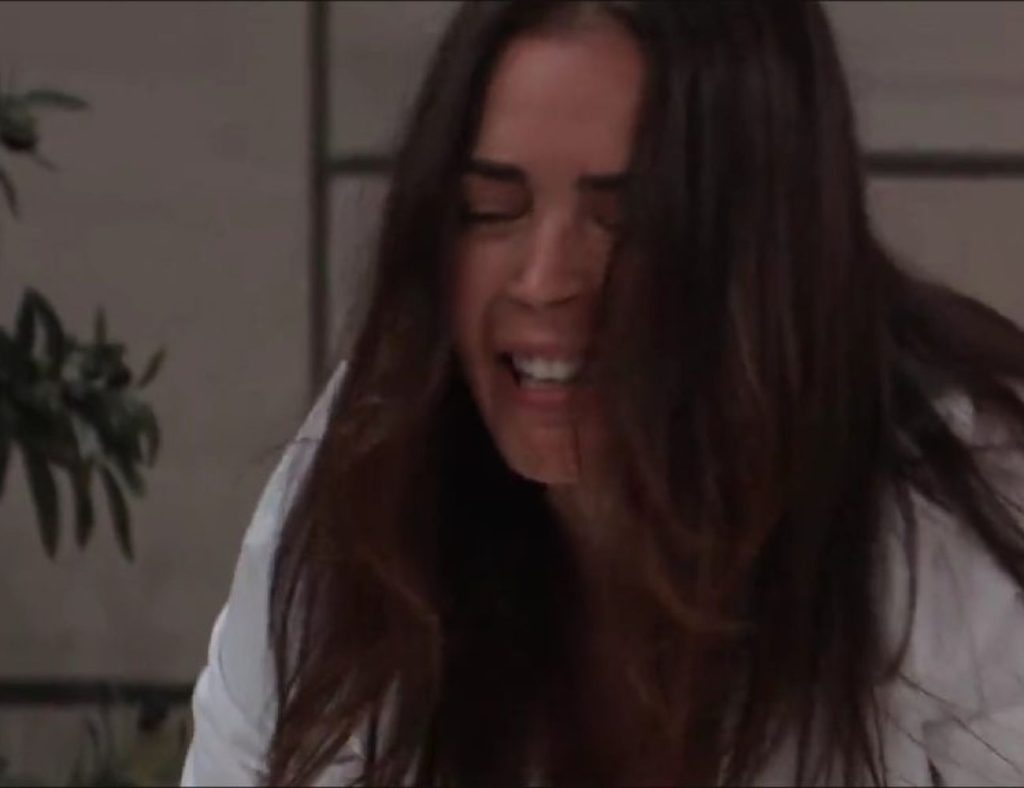 Dr. Britt Westbourne is facing a storm on General Hospital currently. The good doctor has known for a while that she has The Huntington’s Disease, but she had been keeping it under wraps as it had not shown any sign of progression. However, things have taken a drastic turn for Britt on the ABC soap, as the realities of her disease have started to take life. Spoilers have confirmed that actress, Kelly Thiebaud is exiting General Hospital and putting to rest her role of Dr. Britt Westbourne. Does that mean, Britt’s death is inevitable? Spoilers have further suggested a really heartbreaking exit storyline for the doctor, keep reading to find out what it is.

Up until now, Britt had only opened up to her mother about Huntington. The only other person who knew about her predicament was Jason. However, Britt lost him when he was killed in the bridge collapse at General Hospital. Cut to the present, Dr. Britt Westbourne has finally opened up about the progression of her disease Dr. Austin Gatlin Holt. Needing support, she also informed her mother. Liesl is shocked to learn how far the road her daughter’s fatal illness has progressed. As it turns out, the symptoms of the disease had been showing up for a while now, but Britt had not noticed them. As consumed as she had been with all the drama that goes on, she pushed the whole Huntington’s episode to the back of her mind.

Unfortunately, Britt’s diagnosis is far worse than she could have thought on General Hospital. Upon consulting Huntington’s expert, Dr. Talone, Britt finds out that she has reached the advanced stages. She is now looking at future symptoms of physical deterioration, as well as mental deterioration due to nerve damage. All of it will get increasingly worse, ultimately leading to death. Facing the brutal reality of her condition has devastated Britt. She has a fear of death and, even worse, being physically incapacitated long before death arrives. Britt is facing her worst fears at the moment.

Britt Chooses To End Life On Her Own Terms, Asks Austin For Help On General Hospital

Dr. Britt Westbourne is still reeling from the truth that has struck her like a lightning bolt on General Hospital. Her worst fears of death and being incapacitated are staring her in the face. Not wanting to succumb to the pitiful end that Huntington’s disease brings with it, Britt might take matters into her own hands. Mental degeneration is a symptom of advanced-stage Huntington, and suicidal thoughts are very common with it. Spoilers suggest that viewers might soon witness Britt contemplating these thoughts on General Hospital.

Being a doctor herself, Britt has expert knowledge on how she can take her own life in the easiest and least painful manner. Being part of the hospital, she also has access to all sorts of medical equipment she may need to pull it off on General Hospital. However, is that enough? Probably not. It is not an easy decision to take, and even a more difficult one to go through with. Britt will certainly want someone to lean on when she goes through with it. And considering that she just opened up to Austin, chances are she will try to get his help!

Now, Dr. Austin is no stranger to blurring Ethical lines. He has been secretly patching up criminals on the side, after all! But will he agree to assist Britt in ending her life? To find out how Austin reacts to Britt’s heartbreaking request, stay tuned to General Hospital, airing weekdays on ABC. Meanwhile, let us know in the comments, if you feel Austin will give in to Britt’s request.