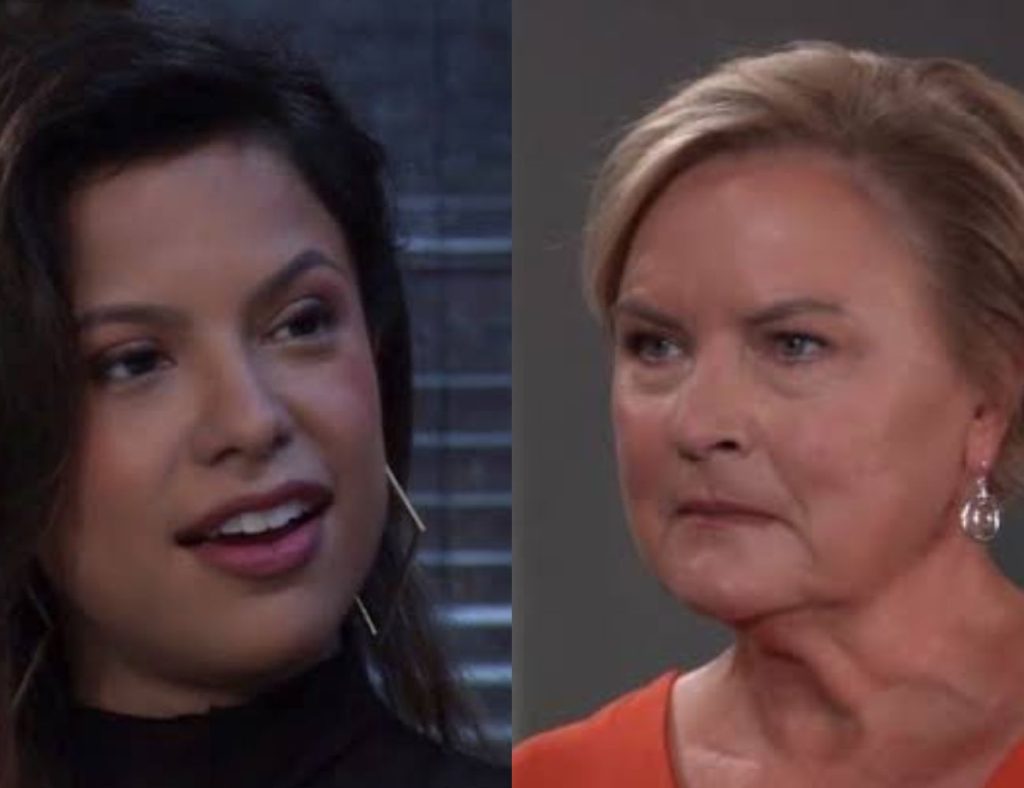 The intense ride of General Hospital just took a thrilling turn! Lots of mysteries have been surrounding the town of Port Charles. And every time we hear a new face entering, we wonder if it could be the answer to one of the mysteries. Meanwhile, everytime we hear of someone leaving, we wonder if they have fallen victim to one of the conspiracies or worse, tasted the wretched hook. Latest we hear, the cast has witnessed a new addition while, also suffering a subtraction! And no one saw either of these coming!

General Hospital viewers who caught the November 3, 2022, episode of General Hospital on celluloid saw a new face sing her way into Port Charles. As reported by Soap Opera Digest, Actress and Singer Jacqueline Grace Lopez are entering the famed ABC soap as Blaze. She will be seen performing alongside Chase

. However, in case you just had a déjà vu feeling seeing Jacqueline’s face, you are not imagining it.

Let us tell you, the young actress has been in General Hospital before. Back in 2015, Jacqueline has landed the role of a babysitter. Moreover, she resumed the same role once again in 2016. However, spoilers suggest that this time round, her role has more mettle than previous ones. Currently, Blaze introduced herself to Chase as the singer he is supposed to sing with. Later, Blaze admits to Chase that her name is actually Alison. Furthermore, Chase shares his concern with Brook Lynn that he caught a feeling that Blaze does not like their producer, Linc.

General Hospital had been massively building up the resurfacing of Liz’s mom. With all the flashbacks the traumatized Liz was having and all the digging of her past she had been up to. It all felt like her mom will swoop in with not just answers but also the support Liz needs in her testing times. All the speculations started to take life when actress Denise Crosby entered GH as Liz’s mom, Carolyn Webber

Liz finally faced her parents when she broke into their house in Monterey, on October 31, 2022, episode of General Hospital. Liz demanded answers for what had happened in Marina Islands and why she was having flashes of Finn’s dead wife. Her father finally revealed that he was having an affair with Finn’s wife, Reiko and that he pushed her off the stairs. However, the real shock came when Denise interrupted the father and daughter with the ACTUAL truth. She told her daughter that it was actually Liz who had pushed Reiko.

And with that, not only was the mystery solved, but also the short-lived journey of Denise as Carolyn concluded. We hear that Denise will not be seen in further episodes of General Hospital. However, we are left with one big looming question! What will Elizabeth do with this new intel? Will she share it with Finn? Or will it just push Liz spiraling much deeper into her misery? Stay tuned to ABC to find out what happens next on General Hospital!