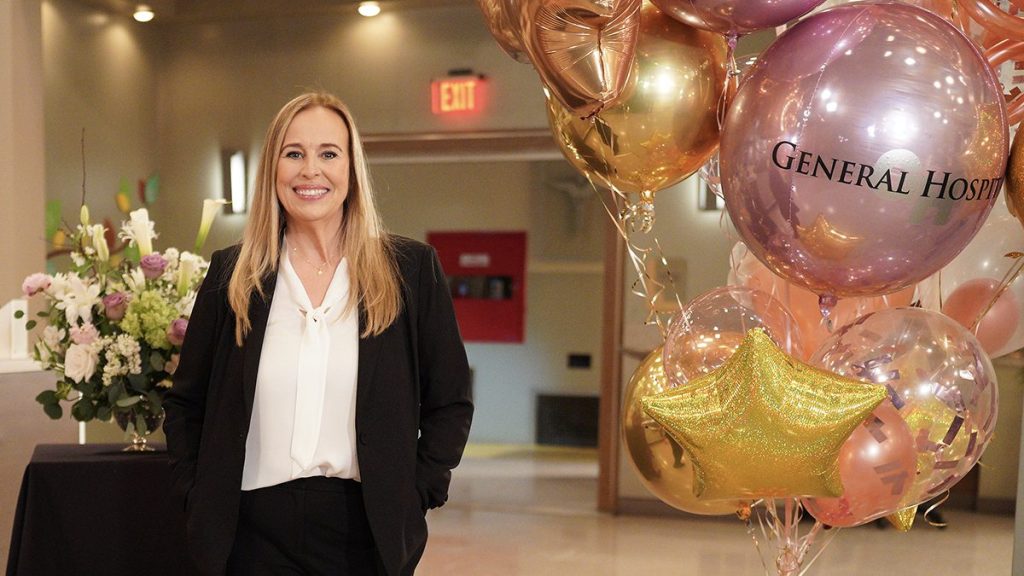 General Hospital Comings And Goings: Mayor Laura Is BACK!

General Hospital is a live wire these days! With not stop high voltage drama episode after episode. It has viewers glued to the TV screens, not wanting to miss even a single minute of any episode. Now, the latest we hear is that another much-loved character is coming back to Port Charles! And that is yet another reason not to even blink while the much-loved ABC soap is airing! Keep scrolling to find out who is coming back and what excitement are they bringing with them!

Actress Genie Francis has been missing from General Hospital for quite some time now. But, much to fan delight, that is all set to change! The November sweep preview reveals that the Port Charles Mayor is back! Moreover, not only is Mayor Laura back, but she also saves the day for Valentin right as she sets foot back in General Hospital.

General Hospital spoilers reveal that Valentin will head to Switzerland to spend time with Charlotte Cassadine. Meanwhile, Anna gets arrested back in Port Charles, amidst Victor’s setup. As news reached Valentin, he decides to return home to rescue Anna from Victor’s plot. But Cassadine senior cannot be underestimated! Fully anticipating Valentin’s moves, Victor has guards planted on him. Unaware of it, Valentin gets trapped by the guards and finds himself in need of rescue.

It’s safe to say that it will be Mayor Laura’s heroic entry in General Hospital that saves Valentin in Switzerland. However, it does seem a little surprising that Laura would go to lengths to save the man! She isn’t particularly fond of him. But we guess the fact that they have a common enemy (Victor) to defeat, forming an alliance makes sense. And then there also is Charlotte! Laura loves her enough to save Valentin for her.

We are super excited to know that Genie Francis is back as Laura on General Hospital. And, we just can’t wait to witness her grand rescue of Valentin Cassadine! Are you just as excited for her return as us? Would you like to see an alliance between Laura and Valentin? Please share with us in the comments. Meanwhile, stay tuned to ABC over weekdays to catch the next episode of General Hospital. We promise you don’t want to miss it!