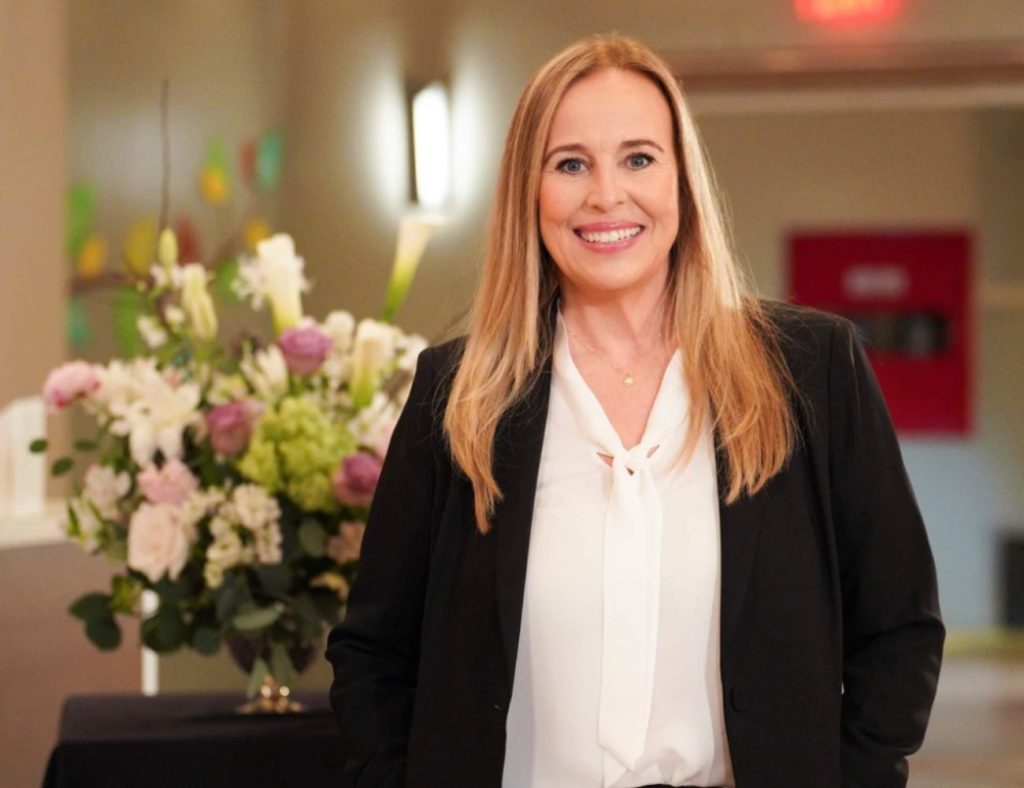 General Hospital viewers have not seen Genie Francis on their screens for quite a while now! But we are here with some good news! The talented actress is all set to return to Port Charles, reprising her role as Laura Collins. We last saw her back in July 2022, right before she flew off to Italy to help her mother.

It is safe to say that Laura’s exit from General Hospital town, Port Charles was temporary. It was written in to accommodate Genie’s family vacation. And, going by the pictures the talented star posted on Twitter, she’s had a splendid summer! “We took up biking this summer.” Genie quipped about how she and her husband Jonathan explored Maine during their vacation. She also grew quite the green thumb, it seems! “I will miss my bike and my tomatoes,” she wrote.

General Hospital’s head writers, Chris Van Etten and Dan O’Connor, spoke to Soap Opera Digest. “Laura has been away from Port Charles for a while, but that does not mean she is out of the loop.” They added, “She’s a hero, and she’ll be called upon to do her heroic best when the time arrives.” Well, we think the time is upon us!

Considering the massacre Hook is trying to create! Port Charles citizens and General Hospital fans surely need their mayor back! It’s good that Genie had her fill of fun during her summer vacation! Because, once she is back in Port Charles as Laura, her hands are going to be quite full trying to help bring the evil Hook to justice.

Interestingly, Genie was not the first actress to play the role of Laura Collins on General Hospital. Originally, Stacy Baldwin played the character from 1974-1976. But the character attained its legendary status only after Genie took over in 1976. And rest, as they say, is history!

We are super excited to see Genie Francis back as Laura in General Hospital. The soap certainly was feeling incomplete without her. GH fans agree with our sentiment, going by their response on Twitter! Please share with us in the comments how excited you are to have the Port Charles beloved Mayor back on screen!