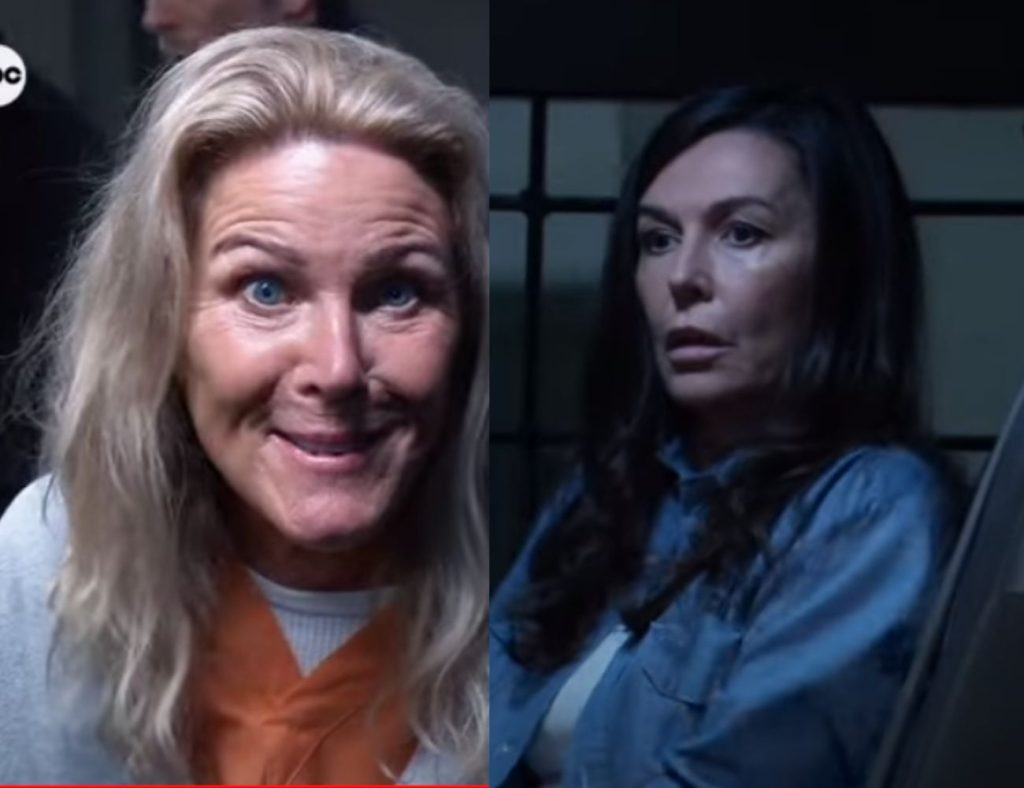 General Hospital Spoilers for November 10, 2022, reveal a lot of intense drama is to take place in Port Charles. There are three fugitives at large, one of which comes face-to-face with Liz. The Hook Killer, too is out on the prowl. Meanwhile, Willow makes a request to Michael, and Victor gives out dangerous orders regarding Valentin and Anna. Trust us when we say this, you do not want to miss even one second of the upcoming episode! Let us look in a little more detail at what to expect from it!

Elizabeth Encounters One Of The Three Escaped Fugitives

General Hospital Spoilers reveal that Port Charles Police Commissioner, Jordan Ashford, will start an investigation to find out how the prison transport vehicle was intercepted and how her prisoner escaped. Meanwhile, fugitive number one, Heather Webber, will find her in a cabin and take hold of an unsuspecting victim for help. Will she get the help she needs? Or will the victim end up in some grave circumstances at her hands?

On the other side of the town, fugitive number two, Esme, will be on the pier. Interestingly, Elizabeth, too is wandering in the same location. In the General Hospital preview video, Elizabeth is horrified to spot a certain fugitive and makes a panicked phone call to report the same to someone. Chances are high, it is Esme she has just happened upon. However, the possibility of it being Heather can also not be discounted. Oh, but wait! There is also the Hook Killer out on the loose! Looks like it’s a mystery only the coming episode will solve!

Willow Makes A Request To Michael

Finally, after ages of secret-keeping, Willow’s Leukemia truth has opened upon Michael on General Hospital. Thankfully, he pledges to stand by Willow through her struggles, just like the supportive partner she needs him to be. However, the ailing mom-to-be, has a request to make. Spoilers suggest Willow asks Michael to keep her illness between the two of them and not involve the latter’s family into it at the moment.

Speaking of Michael’s family. Sonny’s girlfriend, Nina, exploded a bomb when she ratted to Sonny about Willow possibly cheating with TJ. Which, however, turned out to be untrue. On a girls night out with Ava, Nina confesses her guilt over accusing Willow. Ava snarls at her for stirring the pot. Spoilers suggest that Nina asserts her intention was never to cause trouble for Sonny’s family. She decides to make amends. However, whether or not Willow and Michael accept it, is yet to be known on General Hospital.

Fugitive number three, Anna has managed to give the police department a miss, thanks to her boyfriend, Valentin. However, Anna’s escape is a threat to Victor’s plans. General Hospital spoilers suggest that as his plans start to fall apart, Victor gets on edge. Never the one to take failure lying down, Cassadine senior gives out some serious and potentially dangerous instructions to his henchmen. He wants nothing more than his son and Anna to be located. But will Victor be able to find them? If you want the answers to all off the above questions, stay tuned to ABC for the ext episode of General Hospital. Like we said earlier, you do not want to miss this one!