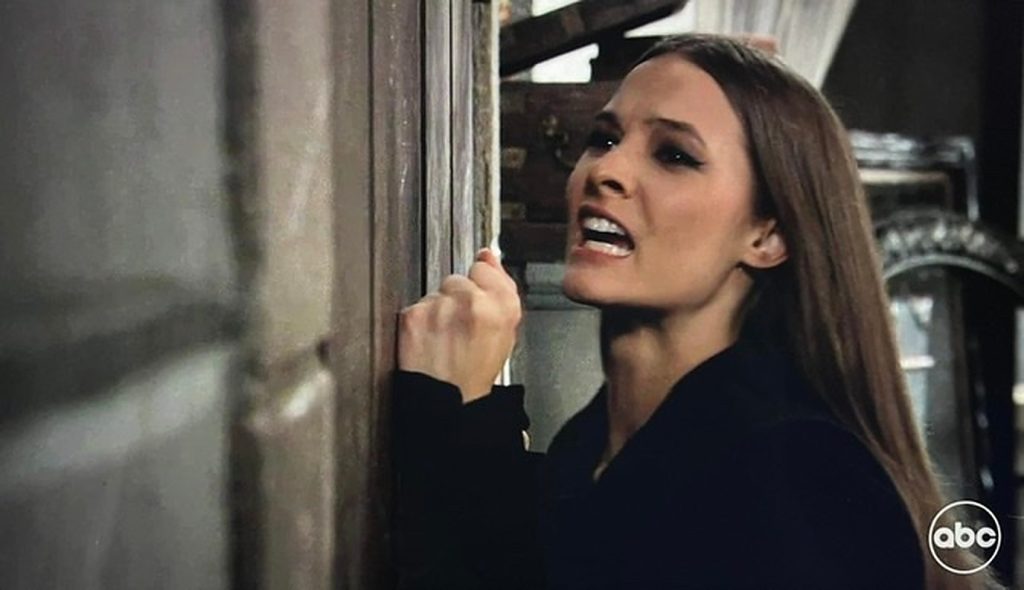 General Hospital: Esme Lands Behind The Bars, ARRESTED For Being The Hook Killer

Esme Prince, the teenage baddy in town, is asking for more and more trouble, it seems. General Hospital spoilers tease that Esme will escape the Wyndemere to regain her freedom. While she is missing, another attack will happen in the town. So, is Esme really the hook killer, or will be at the wrong place at the wrong time? Let’s discuss what Esme’s fate has to offer her.

First, Nikolas kept Esme hidden in Wyndemere. Since she is carrying his baby, he took the responsibility of caring for her. But will the teenage baddy be able to be locked up within the four walls of the house? Certainly not! General Hospital spoilers tease that Esme will devise a creative idea to free herself from the cage.

She will tie all bedsheets and will make a lengthy rope out of it. She will then use it to escape from the window. When Nikolas will come with a tray, he will find an empty room. All this while, Nikolas did think that Esme might be the one behind the deadly attacks in Port Charles. But she denied it. However, Nikolas did insist that if another attack happens while she is locked up, then only he will believe her. It was not just Nikolas but also Trina.

When Alexis received a letter from the Hook Killer, it was clearly mentioned that the attacks are linked to Trina. So, that was the time when she also thought maybe Esme is the one behind it. Coincidently, another attack will take place. By that time, Nikolas will realize that Esme has escaped. As Esme escapes, the hook killer strikes! Is it just a mere coincidence, or is it actually Esme behind the black hoodie with hook? If yes, what will happen with her? Let’s discuss it.

Is it timing, Karma, or Esme herself? Looks like Esme’s luck is not helping her out in any way. General Hospital already showed how Esme will escape, and the killer will strike. One thing to notice here is, in soaps, that, too, when the story takes a mysterious turn, the person who is focused a lot is not the culprit. At least in most of the cases! And right now, General Hospital’s focus is mostly on Esme whenever hook killer is mentioned. So, it might just be a way to distract viewers and then later on drop the bomb.

Whatever the case, Esme has escaped, and the killer has attacked. Fans might remember that Jordan will get some intel about a fugitive and will chase that person. Chances are there that this might be Esme, and Jordan might go behind her. Will Esme end up in the wrong place at the wrong time? Well, looks like that’s where the story might take us to. Chances are, that Jordan might find Esme in the crime spot. What next? Could Esme land in prison under the suspicion of being the hook killer? It won’t be a surprise if that happens. Looks like Esme might soon spend some time quality time with her father, Ryan, in prison. Stay tuned to follow the soap and see if the story takes this interesting turn or not. General Hospital airs on ABC. For more updates and spoilers, visit our website, TV Season & Spoilers.