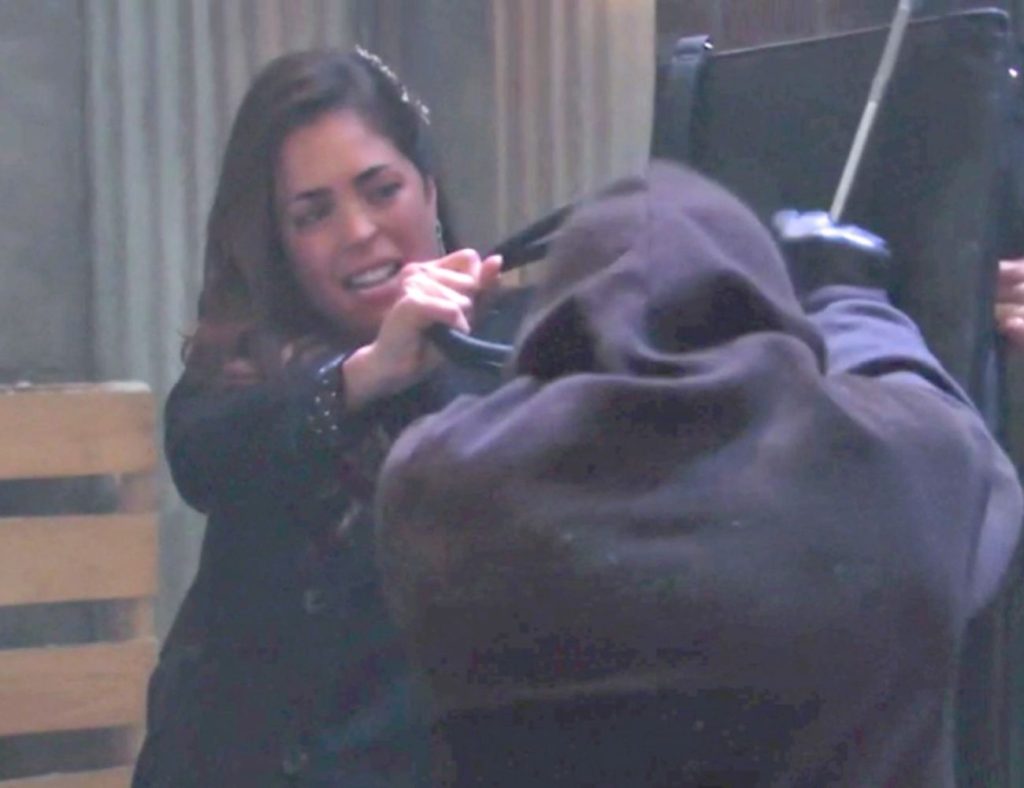 General Hospital started the new year with a banging episode! The Hook Killer striked again and got in a massive battle at the pier. The Killer was on the prowl for her next victim, which happened to be one of her former unsuccessful kills, Joss! Determined to fix her failing previously, The Hook Killer strikes with all her vigor. However, as luck would have it, there was a savior for Joss. Dr. Britt! A scuffle ensues, Hooks are raised and guns are fired. Who dies, who survives? Let’s find out!

While Joss was hanging at the pier, The Hook Killer attacked her on General Hospital. However, what the killer failed to notice was that Dr. Britt, too, was at the pier. After skipping her own birthday bash, Britt was contemplating whether or not to skip town for good, owing to her disease. Britt notices the attack and just as The Killer gains the upper hand on Joss, Britt intervenes. A scuffle ensues between Britt and the psycho killer. In the nick of time, Dex reaches the pier and shoots at the killer. Although the killer gets wounded, she manages to escape. For a bit there, it seems all three of them have survived the battle. But is it really so?

Once the Hook Killer escapes the pier, Britt too returned to her party on General Hospital. Her mother is happy to see Britt back in. The two women raise a shot to ring in the new year. Unfortunately, though, right after the shot, Britt gets shaky and collapses. So, is she about to die? The answer to that dark question is, most likely, yes! Dr. Britt is plagued by an incurable disease anyway, which was fast taking over her. Her Huntington’s disease. The very reason why she was skipping town in the first place. So Britt was heading towards an impending death anyway, but if she dies while trying to save Joss, she will get a hero’s exit on General Hospital.

As we reported earlier in our Comings and Goings article, Actress Kelly Thiebaud is leaving General Hospital in favor of her gig on Station 19. So her exit from the show is imperative. As for her character of Dr. Britt, the only options were to ride into the sunset by skipping town or die amongst her loved ones an honorable death while trying to save Joss. This also gives Britt an easy escape, and it saves her from all the dreadful symptoms of Huntington’s she would have otherwise faced. Will you miss Britt on General Hospital? Tell us in the comments below!