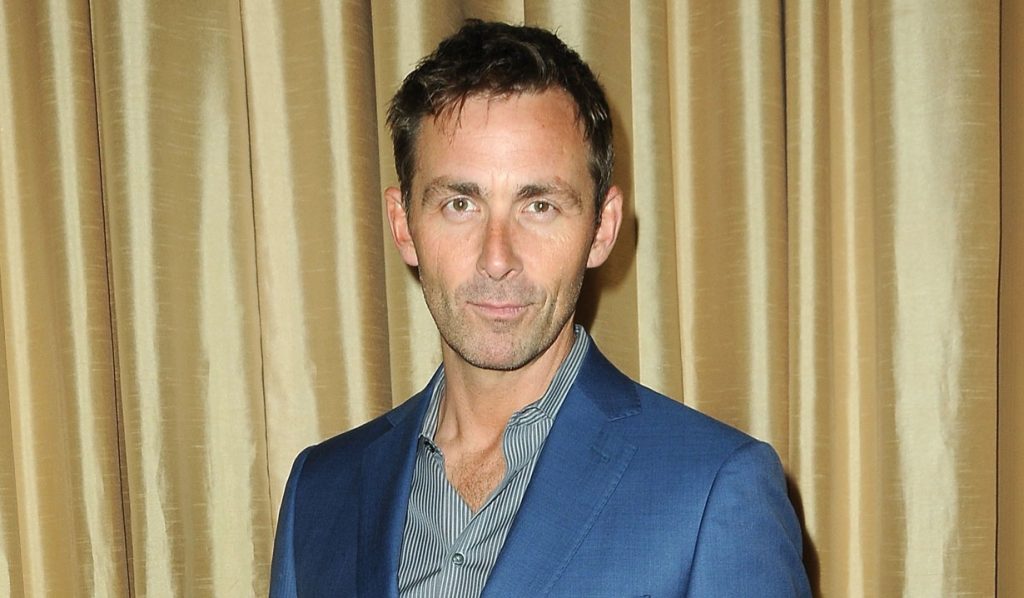 General Hospital is on its A-game right now! With all its major characters engrossed in extremely intriguing and intense storylines, the audiences are glued to the screens! To add to the pre-existing list, Fan Favourite star James Patrick Stuart has asked his fans to brace up for his exciting storyline! Keep reading to find out what’s in store next!

The very handsome star James Patrick Stuart, who plays Valentin Cassadine on General Hospital, recently spilled some beans in a chat with Soaphub. We bring to you some exciting excerpts from the chat which will leave you on cloud nine, we promise!

Valentin and Anna had been on the back burner for quite some time. “Vanna” fans had been yearning to see some love flowing from the couple! Their wishes were recently fulfilled when the gorgeous couple hit the sheets to consummate their relationship on General Hospital. James addressed the relationship of Valentin and Anna at length, here’s what he had to say!

“When I first came on six years ago, Valentin was only supposed to be on a short time as that broken soul you saw.” James said, talking about the early days of his character on General Hospital. “The executive producer, Frank Valentini, knew that Finola and I had been friends for a while. It made sense to put Valentin in Anna’s orbit, and their relationship has evolved.” He further confessed, “I love the obsession Valentin had for Anna when he first came on. I find obsessive characters fascinating.”

The General Hospital star also stated that he loves working with his co-star Finola. They both love “to go for the darker stuff.” Addressing how Valentin lost his fortune, his house, and his name, the actor said. “I think that Frank Valentini and the writers very wisely stripped everything away from Valentin.” He thinks it has made his character stronger. “Now, Valentin is finding himself in a situation where he finds he’s capable of being authentic without living in fear that he’ll lose himself.” The actor pointed out.

Valentin and Anna Closer Than Ever!

“Anna and Valentin had grown closer. They kissed a bit and were smitten with one another.” He addressed how Valentin and Anna’s bond has become stronger at General Hospital. “It was only a matter of time before he’d have to reveal his daughter was being held from him. Valentin realized that she was someone he could trust with that information. That brought them all the more close.” He added.

The General Hospital actor further added that the fireplace scene after which Valentin and Anna consummated their passion was very special to him and Finola. “That part where they said they’d kill each other. That was the moment before they made love. That absolutely gave the audience credit for understanding those characters.” James pointed out. “A non-soap viewer wouldn’t get that. You’d ask, Who talks like that?” the actor added. “But the Vanna fans were on board, and they got that these characters know each other in a way some people may not understand.”

James also agreed with General Hospital fan sentiment that there should be more scenes like these on the show. He spoke about him, and co-star Finola discussed the same. “ I think love scenes on soaps can be beautiful. They don’t have to be gratuitous or base.” He admitted. “Our director Allison, our lighting department, and camera people were all on board. The feeling was, let’s make this something pretty and funny and sexy — let’s raise the bar a bit.” The actor exclaimed.

Well, we do agree with James on that! And we wish we get to see more scenes like these in the future. Valentin and Anna are gorgeous together and have grown a great deal as characters! No wonder their fan base is massive! We would love to read your views on the super hot couple! Please share them in the comments below! Tune in to the next episode of General Hospital to find out what is about to happen in Port Charles next!