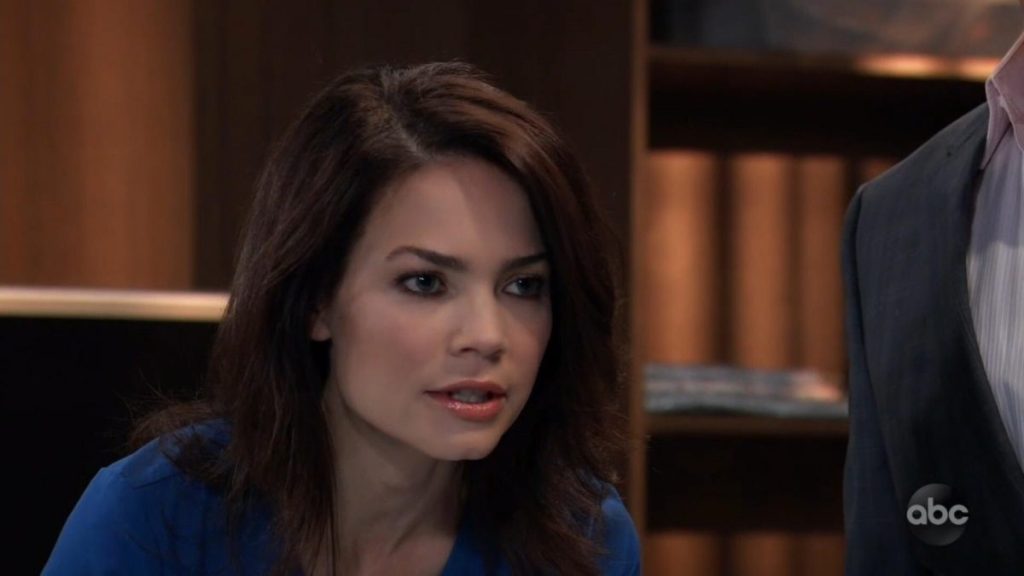 General Hospital: Liz Has Mental Illness; No Stalker In Reality?

General Hospital latest spoilers reveal that Elizabeth Webber will make a big revelation in the upcoming weeks on the soap opera. Viewers know that Liz has been worried about the stalker situation for a long time now. Along with Liz, everyone around her also is looking out for her.

But, there is a possibility that Liz’s stalker is Liz herself which means she might be dealing with some kind of mental illness. What will happen next? Keep reading to find out.

Liz Has A Stalker

GH viewers keeping up with the show know that Elizabeth Webber has been struggling with the stalker situation for a while now. It has now reached a level where she and her boys don’t feel safe in their own home. Strange things are happening to Liz, and all of this is related to her late husband. Viewers might recall Liz’s wedding ring showing up in her work locker.

Then, her wedding dress was ripped to shreds somehow, and these incidents are scary. The most recent weird thing was “don’t forget me,” written in red paint on a painting in Elizabeth Webber’s home. All of this is freaking Liz and her boyfriend out. The duo has sent the boys to Laura Spencer so that at least they’re safe. The family of four is still trying to figure out who might be behind all this. And Liz might make a big realization amid this drama.

General Hospital: Liz’s Realization; Thinks She Is The Stalker?

In the coming weeks on the ABC soap, Liz will make a realization. She and Finn have tried everything. They first thought it was Jake, but that was not true. It was even speculated that Liz’s sister was behind all this, but that theory didn’t go anywhere either. The most recent was Aiden claiming that Franco’s ghost might be the one, but this sounds silly.

Now, the speculation is that Liz might be her own worst enemy. There is a chance that Liz might be suffering from Dissociative Identity Disorder. And, she might be one doing all these strange things. It seems like the trauma of losing Franco, and her repressed feelings might have gotten in the way. If this is all true, she might have to consult a doctor and get herself treated. We might see Liz heading towards a massive breakdown on the soap opera.