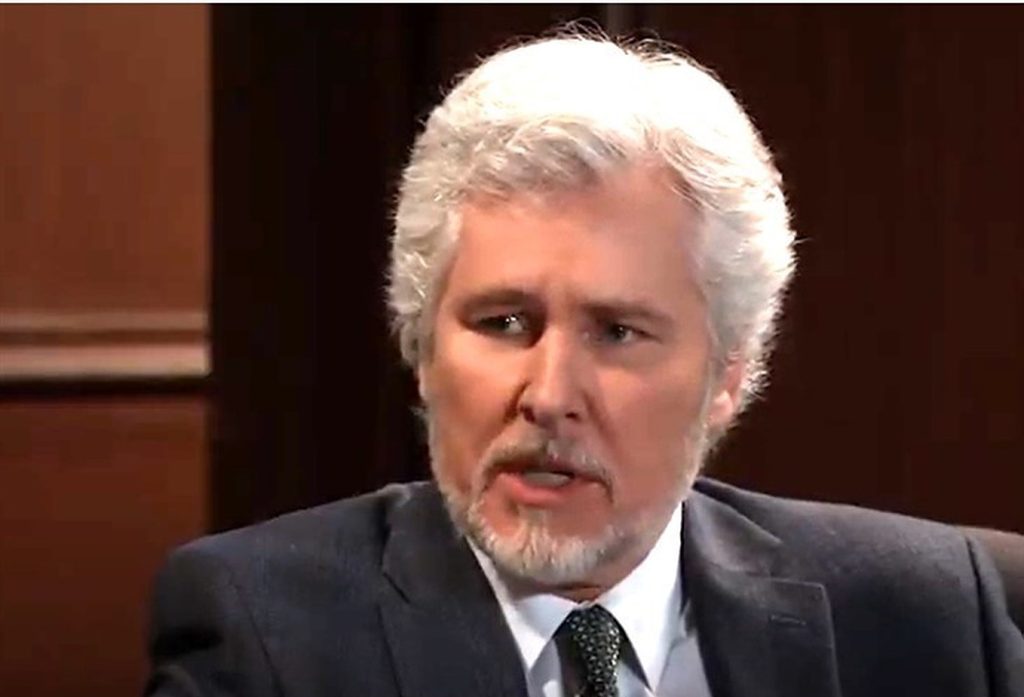 General Hospital: Martin Is In Serious DANGER, Ends Up HOSTAGE

General Hospital spoilers tease that Martin might become Victor’s next target and land in some serious trouble soon. Once Anna’s spy, Lucy, gets caught, Victor won’t let her leave him. Will Anna and Lucy’s attempt to take down Victor end up putting Martin in the biggest danger? Will Martin become Victor’s next hostage? Let’s discuss what can happen.

Lucy Is Playing With The Fire Without Knowing The Consequences

Fans are pretty aware of the planning and plotting Anna and Valentin are on to take down Victor. After Anna sent Martin out of the town, Lucy came to help her in his place. Without knowing who she is going to mess up with, Lucy agreed to help Anna. However, the recent General Hospital episodes showed how Victor flirts with Lucy every time. Her main priority is to pry information from Victor about his next moves. All this while, Lucy was also playing along with Victor making him think that they both might have a future together.

Speaking of Victor, he is a very slippery character. But what if Victor seriously falls for Lucy? What will he do then? Keeping Victor’s character in mind, he will surely not let Lucy leave him that easily. Recent General Hospital spoilers mentioned a bit about Lucy being extremely anxious about something. Later, she goes to meet Anna to inform her about something. Does this mean Victor might actually make a sinister move to get Lucy and also to teach her a lesson? Let’s discuss what might happen.

In Port Charles, Victor is known for his shady business. Whenever someone goes missing or some kind of threat surfaces, everyone points their finger at Victor. Getting closer to such a character that is too romantically might cost Lucy big time. Well, looks like the recent spoilers might be hinting towards that only.

We read how Lucy will have some urgent updates to pass on to Anna. An anxious Lucy will come to ask for help from Anna. What happened that Lucy is this scared? Now, there are two ways this storyline could go. First, chances are there that Victor might come to know about Lucy working with Anna. The second one could be Martin going missing. Since Lucy came as his replacement, she will grow increasingly scared about his safety.

Well, the latter one makes more sense. General Hospital spoilers say, Chances are there that Lucy might have made a good grip over Victor by playing that they both have a future together. But when Victor comes to know about Martin, he will fume in rage. By now, Victor might also start liking Lucy’s company. We already saw how Lucy was trying hard to get a grip on Victor. Chances are there that in the upcoming episodes, she might make it. So, in order for Lucy and Victor to have a future, Martin has to be taken care of. No doubt, Victor might easily make his people track down Martin and make him his next hostage.

Now, this is where the scene when Lucy anxiously approaches Anna might come. She might inform her about Martin missing. A guilt-ridden Anna will definitely want to help Lucy. Will her interference expose their plot and put Lucy, Valentin, and Anna into a huge problem? We will know that in the upcoming episodes. Stay tuned and watch General Hospital, it airs all weekdays on ABC. For more updates and spoilers, visit our website, TV Season & Spoilers.