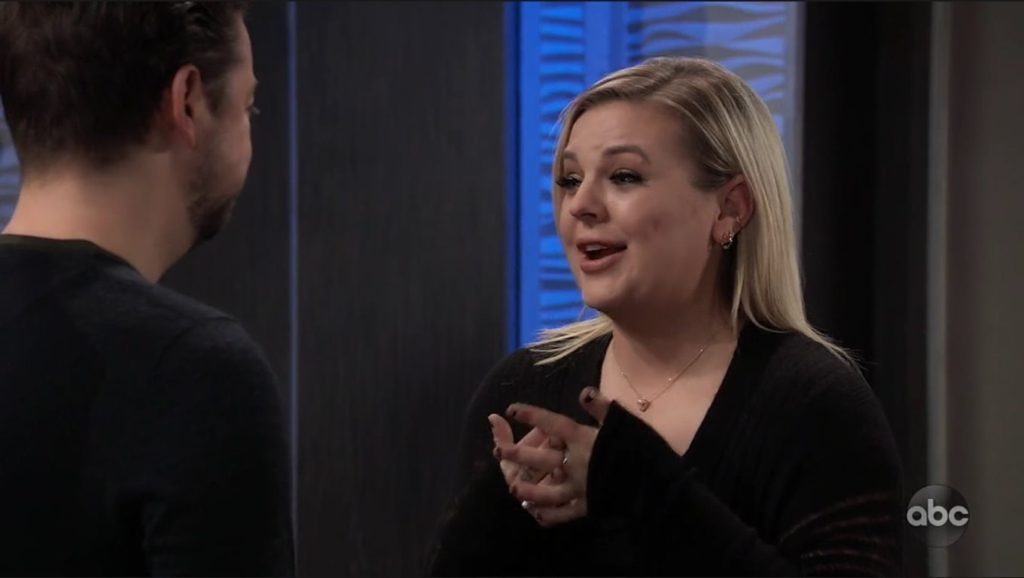 GH/Maxie (Kirsten Storms) and Spinelli (Bradford Anderson) get back together?
General Hospital Spoilers

General Hospital spoilers tease that Maxie and Spinelli might reunite soon. Chances are there that both of them might make this decision at Britt’s birthday bash. What will happen that will finally open Spinelli’s mind to think of reuniting with his crush after years? Let’s discuss how the storyline will move forward with this scenario.

Maxie Breaks Up With Austin

Fans know that Maxie was suspicious of Austin for a very long time. General Hospital showed how Austin kept Mason and his shady business a secret from Maxie for months. However, things got worse when Austin agreed to work as Mason started to threaten him by mentioning Maxie in every conversation. In order to keep her away from all the dangerous drama, Austin chooses to keep mum. Not just about Mason, but there are many things that he was keeping from her, including Britt’s Huntington’s disease.

It is pretty obvious for his wife to understand his odd behavior. Things took a turn for the worse when she got to know that Austin had blackmailed Spinelli. Austin also asked him to check with the algorithm whether he and Maxie make a good match or not. It is then that Maxie decided things are going out of hands and takes a major decision. She decides not to repeat her past mistake.

Long-term fans might know that Maxie was with Peter before, and she ignored so many red flags just to keep the relationship. However, she will decide not to do the same mistake as Austin. Whatever the case, Maxie and Austin ultimately choose to break up. Ending the relationship on good terms is better than making it ugly. What will happen now? Who will Maxie go to now? Let’s discuss what might happen after this.

General Hospital Spoilers: Maxie-Spinelli Get Back Together

Fans know when Maxie learned that Austin blackmailed Spinelli, it pissed her off completely. Even though Spinelli and Maxie didn’t make it in the past, she surely respects him a lot. As for Spinelli, he always had feelings for Maxie in the show and also shares a daughter with her. In the recent episode, Maxie almost didn’t get to spend Christmas with her daughter. She was getting late to make it to Portland due to bad weather.

However, Spinelli somehow managed to rush and made everything possible. He made Georgie and Maxie reunite in the halfway. When the family finally reunited after so many struggles, will that give open Maxie’s eyes to see what she is missing? Chances are there. Looks like fans’ wish to see their favorite couple together might come true. Spinelli and Maxie might get another chance to meet at Britt’s party.

If that happens, then it will be interesting to see how Maxie and Spinelli get back together. Will they become the new hot couple in Port Charles this 2023? We will have to wait to see what happens. General Hospital airs every weekday on ABC. For more updates and spoilers, visit our website, TV Season & Spoilers.