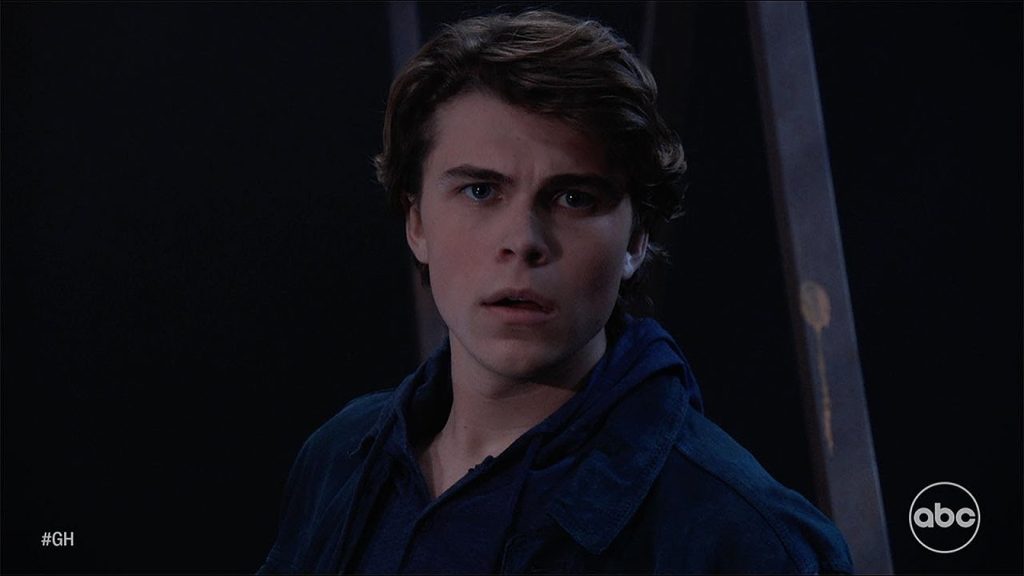 General Hospital spoilers for November 4, 2022, suggest that Cameron will be in danger, and Josslyn will learn that the hook is targeting people linked to Trina. Will Cameron become the next victim in town? Over with Willow, she will try to give hints to Michael about their future. However, Michael will come up with something that will mess things up. What will it be? Keep reading to know what is going to happen next in GH.

On Friday, Mason will again come to threaten Austin. This time, he will corner him and would deliver a stern warning. If Austin doesn’t listen to Mason, he will blurt out all his crimes to Maxie. General Hospital spoilers tease that Austin will fear what might happen next. So, he will devise a bogus excuse to calm Mason down.

Looks like Austin will now want to have a family get-together. So, he will say that he’s decided to take Mason to Pautuck on Thanksgiving. Later, Austin will seek a favor from Spinelli. He would want to bond with Georgie, and for that, he will ask Spinelli to put in some good words for him. Other General Hospital Spoilers tease that Maxie will confront Austin later and admit that she knows what he is doing. For a split second, he will fear that she might have discovered all his crimes. But Maxie will start talking about something else.

Elsewhere, Jordan will come to know that Portia and Curtis’ wedding is preponed and will now happen on Valentine’s Day. So, Jordan will grow even more anxious about the situation and feel th at Portia has to somehow tell Curtis the paternity truth. However, Portia will fear that the paternity bomb will tear apart many lives, especially Trina’s. So, she would rather keep it a secret. Whatever the case, in soaps, secrets can never be hidden. They will come to the surface if not now, then sometime later. But it will!

At Carly’s place, Josslyn will push Jordan to tell her about the recent evidence they got. So, Jordan will share about the Hook Killer’s letter that Alexis got. This will certainly put Joss in fear since she will now feel that Cameron might be the next target. So, Joss will leave Cameron a voice message to be careful. As for Cameron, he will be at a bridge and sense that someone is lurking at him from the dark.

There will be a scary encounter, but chances are there that it might be Drew. The General Hospital spoilers tease that Drew and Cameron will reminisce about Franco later in the episode. So, this encounter might be about that. Whatever the case, Cameron might not be in any danger for now. But the hook is surely going to strike back again. We will have to wait and see who will be the next target.

Back with Josslyn, she will witness something controversial. But before that, Carly will open the door only to find Drew at her doorstep. They previously agreed to keep their romance a secret. So, she will wonder what he is doing here. As mentioned above, Josslyn might see Carly and Drew kissing each other. So, that might come as a shock to her.

Further on General Hospital, Willow will fear how Michael will react to her cancer update. So, she will start off by dropping some hints. The spoilers suggest Willow will talk about their uncertain life and future. However, Michael will think Willow might have some confusion and insecurities in the relationship.

So, Michael will develop an idea to make Willow more certain about the future and them. Michael will ask her for marriage, which will make things even messier. Will this be the point when Willow will drop the cancer bomb? We will know that. Across the town, Sonny and Nina will also enjoy their free time over ice-creams. Sonny will share something about his work and how he won’t give up on it. So, chances are there that he might want to strengthen the bond with her. Stay tuned as GH will air more twisted and dramatic episodes in the coming weeks. General Hospital airs every weekdays on ABC. For more updates and spoilers, visit our website, TV Season & Spoilers.