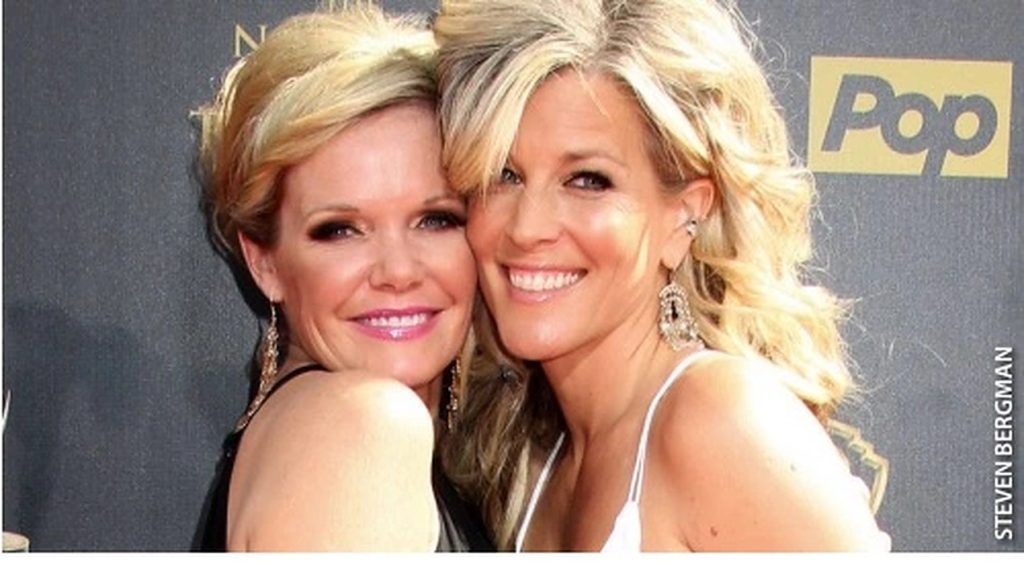 Ava Jerome Cassadine is a total kick-ass character on General Hospital. She takes no crap from anyone and is always on top of her game! Her portrayer Maura West is one of the most loved cast members of the show and is always a breeze to work with. Recently, Maura opened up about who it is on GH sets that she enjoys working with the most!

On the recently held General Hospital Fantasy Events Zoom, a General Hospital fan asked her who she enjoys working with the most on the daily soap. Barring co-star Michael Park of course, since he was attending the event with her! “I think for me, when I look at the script now,” Maura began to explain. “I’m just going to go with GH because that’s what I’m doing now.” She clarified. “When I look at the script, and I see who I have scenes with — when I see Ava and Carly (Laura Wright) scenes, I go…” and she gave a huge sigh of relief.

We know, we know, jaw-dropping, right? Many have believed for the longest time that the characters’ off-screen relationship is just as poisonous as their on-screen relationships. However, it couldn’t be farther from the truth. No matter how toxic the two ladies have been on-screen and history is proof that they’ve done awful things to each other! But real life outside of General Hospital is far different.

“That’s an actor who’s going to know what she’s doing.” Stated the General Hospital star. “She’s not going to try to undermine me…Maura…or my character.” The multiple Daytime Emmy winner pointed. “She’s going to tell the story, she’s going to do her job, do it quickly, we’re going to have a few laughs, and we’re going to get out of there.” Maura mused. “That’s a great feeling! She’s a really good scene partner for all of those reasons and more. We’re good friends.”

Well, we completely understand what Maura West is saying. Their on-screen chemistry is great! You can literally feel the heat coming out of the TV! We hope their off-screen relationship stays this solid forever. And we are forever looking forward for more Ava-Carly scenes on General Hospital. Hopefully, Carly will return to Port Charles soon, and we can see some confrontations between the two! Meanwhile, stay tuned to General hospital airing weekdays on ABC!