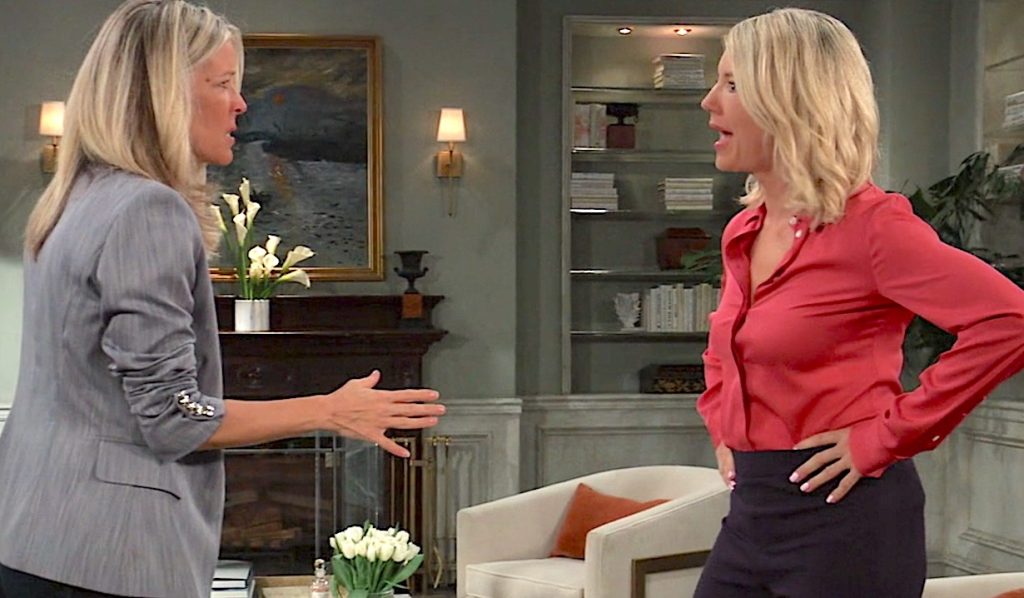 General Hospital Preview For The Week Of August 15, 2022: Search Warrant Against Nikolas, Carly And Nina’s Confrontation

General Hospital preview for the week of August 15, 2022, suggests the beginning of Esme’s search. Jordan will arrive at Nikolas’ house with a search warrant after Esme’s disappearance. Victor is shocked to see this and will ask Nikolas what is happening in his life. Meanwhile, Trina will finally know the jury’s verdict in her trial. Portia will continue pulling all strings to ensure Trina wins the case.

The preview video also suggests a confrontation between Carly and Nina in the upcoming episodes. Nina looks nervous; we wonder what that could be about. Furthermore, Sonny will make a discovery, and Ava, Willow, and Spencer will receive shocking news this upcoming week.

In this episode of General Hospital, we saw Jordan arrive at Nikolas’ doorstep. Nikolas and Victor talk to Jordan, who has arrived on a mission. It is revealed that Jordan is investigating Esme’s mysterious disappearance. She threatens Nikolas and tells him there is a different way of doing things as well; she is trying to do it the easy way.

Furthermore, Jordan arrives with a piece of paper in her hand. It is revealed that it was a search warrant. In the previous episodes, we had seen Nikolas clear out Esme’s belongings but is it possible they missed something? Jordan is confident about her arrival at Nikolas’ doorstep. Meanwhile, Victor was confused and asked Nikolas about Esme.

Later in this week of General Hospital, Trina will learn if she has won the trial or not. The jury shall return to the court but will their verdict be in favor of Trina? We will have to wait and watch to find out. At the same time, Portia is at the hospital

, doing everything she can to save Trina. Even if she does end up saving Trina, will she be able to get away with her snooping around?

Meanwhile, the preview video reveals that there will be another confrontation between Nina and Carly. Spoilers suggest that Carly will threaten Nina that she deserves all the bad things coming her way. Nina looks visibly nervous; we will have to wait and watch to know the reason behind her fears.

Sonny Will Make A Discovery

Further it is speculated that Sonny will be making a new discovery in the upcoming episodes of General Hospital. This discovery will make things very tricky for Dex in the future. Ava will be extremely shocked to know this new secret that Sonny has discovered. In the preview video, Willow looks very emotional as well.

It is speculated that her biopsy results are back, and they are not very promising. Spencer will also receive some shocking news, as his mouth will drop open after hearing shocking news in the courtroom. What is it? We will have to wait to know. General Hospital airs weekdays on ABC. Catch the latest spoilers and news from the show on TV Season & Spoilers. In the meantime, check out the preview here-