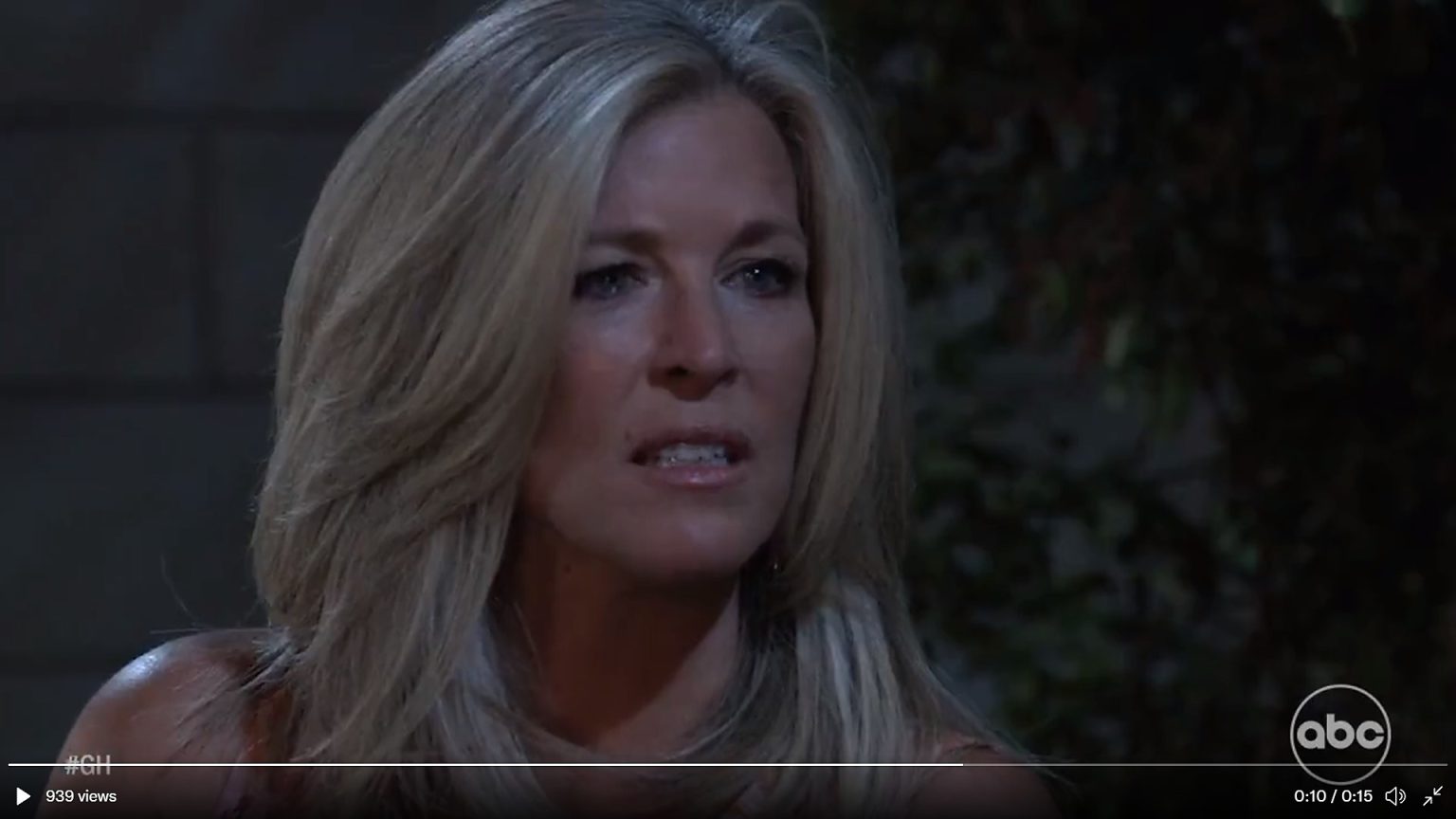 General Hospital Preview For The Week Of September 5-9, 2022: Carly Comes Across Something SHOCKING, Nina Is Emotional

General Hospital preview video for the week of September 5-9, 2022, teases that Cameron will perform on stage. Everyone in Port Charles will celebrate Trina’s freedom and Portia-Curtis’ engagement. Curtis will tell Trina and Rory that they need to celebrate another happiness for a change. On the other end, Sonny will warn Brook Lynn to watch her steps. Later, Carly will be shocked after witnessing something. Elsewhere, Sasha will lash out at Lucy. What could that be about? Here is everything about it.

The General Hospital preview video starts with Cameron jamming on the stage. Josslyn and other people will enjoy the party. Even though Josslyn has some problems going on in her relationships. She will thoroughly enjoy Trina’s freedom party. Not only that, since Curtis and Portia have gotten engaged too, their family has another reason to celebrate.

Moreover, in this party, Curtis will chat with Trina and Rory. The clips show him saying that they need to celebrate other happiness for a change. Now that Curtis and Portia have also decided to get married, they have double celebrations in the family. So, he will hope everyone can be involved.

Over with Trina and Rory, they will decide to move forward with their relationship. The clips show Trina and Rory sharing a kiss. Now that they are officially together, the camera pans to show Spencer sulking in the corner. All this while, Spencer wanted to start a relationship with Trina. But looks like Rory had the real luck.

However, things will fall in favor of Spencer when he starts to leave the place. The letter will fall on the floor. Fortunately, Trina will pick it up and discover the entire truth. How will Trina react after knowing the truth? We will know that.

Elsewhere, Sonny will warn Brooke that she is playing fire. This might have something to do with Brook and Harrison plotting against Linc Brown. The couple had just got together, and Harrison’s music career is not even properly started yet. So, Sonny will warn her to watch her steps carefully.

Further on General Hospital, the clips show Carly, who is very angry and confused. Recently, Willow and Nina both thought about Nelle. Is it possible that Carly might have seen Nelle when she went to Tropical Island? Fans already know that Carly has a history with Nelle. Following this scene, Nina is shown who rather looks very sad, as if she is on the verge of crying. It is likely that all of this could be a result of Nelle’s reappearance on Port Charles.

Finally, the clips show Sasha and Lucy having a chat where Sasha bangs the table out of anger. This will have to do something with Lucy dropping the hints that Sasha is no more needed in the company. With her anger, Sasha will put herself into more trouble

. Eventually, she will get fired from her job. Even though Lucy will tell her that she has other roles for her, Sasha will reject her offer.

The real question is: Do you think Carly might have seen Nelle? What are your thoughts on it? Watch the preview video before commenting down below. Stay tuned and watch General Hospital, which airs every weekday on ABC. For more information on spoilers and updates, visit our website, TV Season & Spoilers.