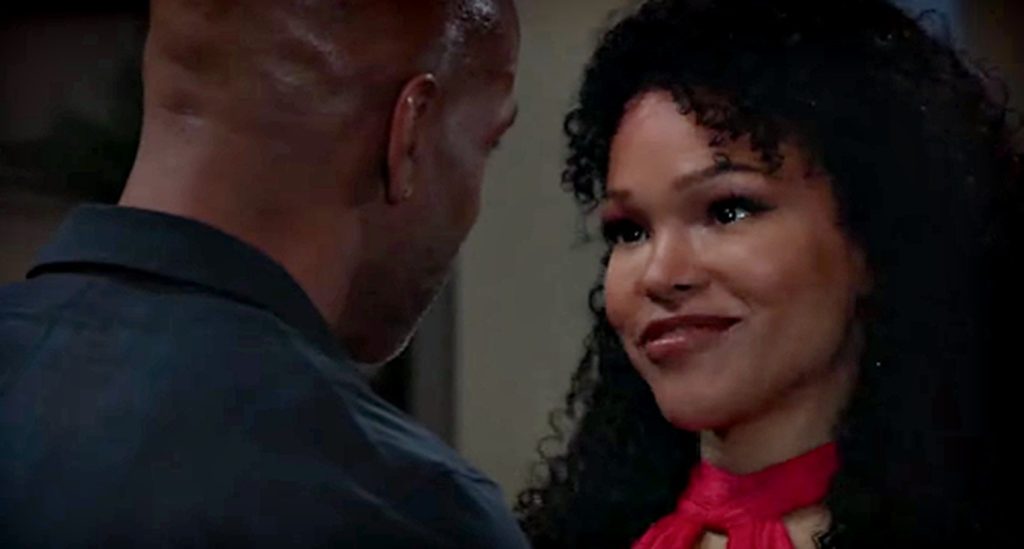 General Hospital recap for August 23, 2022, revealed the story of Portia and Curtis’ engagement. They made speeches and shared a passionate kiss after the proposal. Jordan heard about it from TJ and congratulated the couple. Later, Jordan overheard Portia talk about genetic counseling for Trina Robinson.

Meanwhile, Leo served the Sicilian thunderbolts to Dante and Sam as per plan. Olivia tried to stop Nikolas and Ava from bickering at her picnic. Willow tried to tell Michael about her Leukaemia diagnosis, but Michael got into an argument with Sonny. She decided to postpone her confession and treatment to keep her baby safe. How is that going to go forward? Here is all about it.

In this episode of General Hospital, we saw TJ Ashford record the marriage proposal on his phone. Curtis made a warm speech and asked Portia if she wanted to marry him. Portia made a sweet speech of her own and said yes to his proposal. The couple shared a passionate kiss to celebrate their union. TJ congratulated the blessed couple as well.

Jordan and Marshall arrived and learned about the engagement from TJ. Of course, Jordan was a bit sad to hear the news, but she put on a brave face. Portia got a call, and Jordan tried to overhear it. Turns out, she was talking about a genetic counseling session for Trina Robinson. Portia looked like she was lost in thought.

Meanwhile, at the Quartermaine premises, Leo made some lemonade and two cups of the Sicilian thunderbolt. Previously, he had learned from Olivia and Brook that this special drink could bring two destined lovers together. He left the two cups with Dante and Sam

. Later, Leo confessed to Olivia what he had done.

Speaking of Olivia, she was seen scolding Nikolas and Ava in this episode of General Hospital. We saw her criticize them for fighting at the picnic. She calmed down, and accepted couples can get into fights. At the same time, Willow tried to talk to Michael and tell him the truth about her medical diagnosis. They were interrupted by Sonny.

Michael got angry and told Sonny he was not welcome. However, Sonny mentioned he was at the picnic as one of the donors. Moreover, Nina had decided not to attend the party to avoid drama. Michael slammed the door, and Sonny scolded him for acting out. Willow arrived to calm Michael down and thanked her for being there for him.

Olivia brought Wiley and got him to spend time with his mother and father. After the events, Willow decided to postpone her confession. Michael enjoyed his time with Wiley, and Willow told Terry that she would be delaying her treatment. Furthermore, she knew Michael would try to change her mind once he knew the truth. Hence, she decided to tell him later. General Hospital airs weekdays on ABC. Catch the latest news and spoilers from the show only on TV Season & Spoilers.