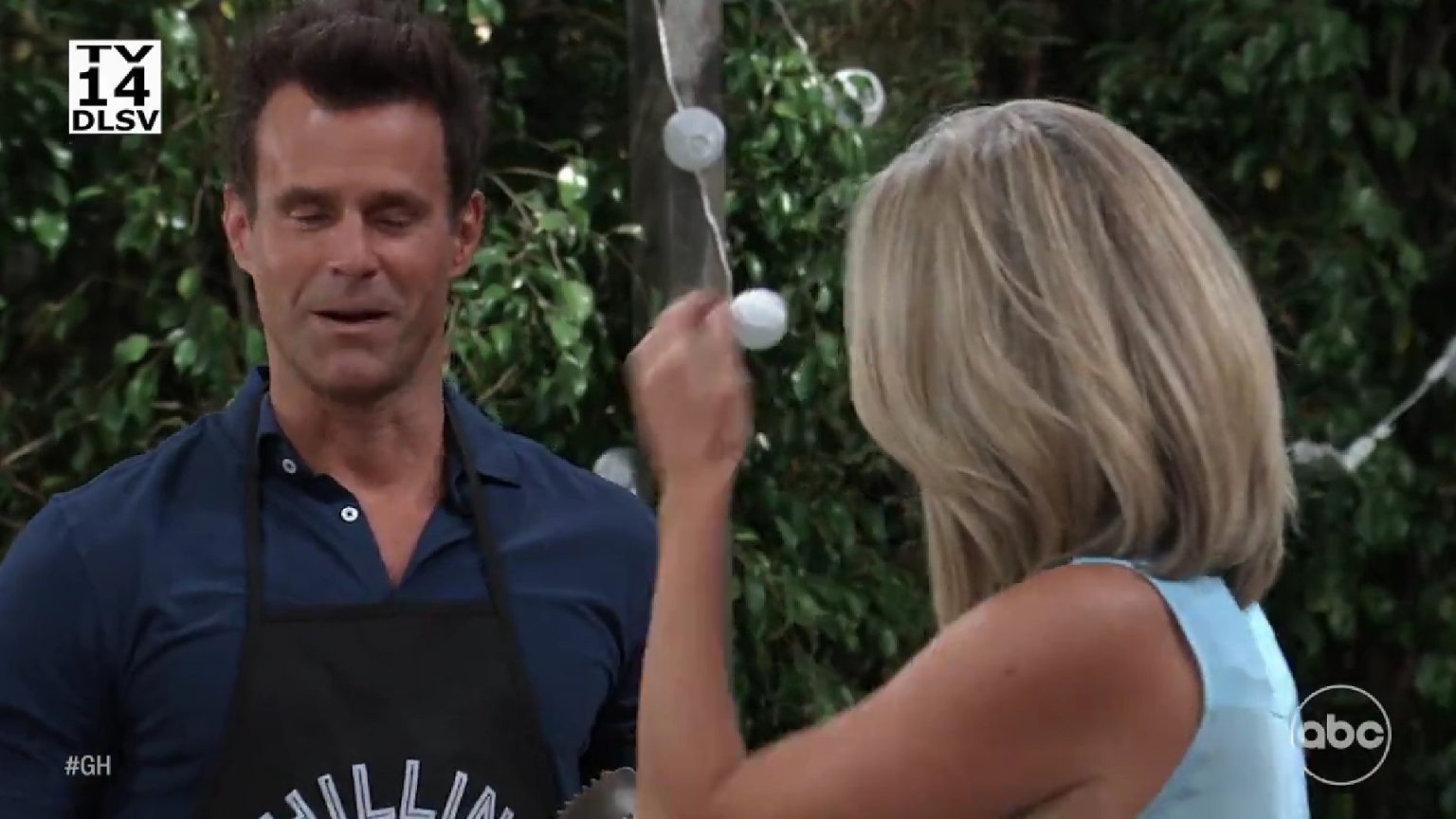 General Hospital preview video for the week of August 22-26, 2022, reveals that Carly and Drew will come closer to each other. On the other end, Harrison might confess his feelings to Brook. The clips also show Finn and Elizabeth kissing each other. By the second half of the clip, Michael and Willow are seen together. However, a mysterious person’s hand with gloves on is shown. Who could that possibly be? Keep reading to know where GH’s clip is hinting towards this week.

The preview clip starts with Carly and Drew talking. She will ask Drew to show what he has got. It looks like Drew might cook something for Carly. The Quartermaine’s charity picnic will surely make Carly and Drew come closer to each other.

It is teased that they might even share a kiss. Nevertheless, they will doubt whether they need to move forward with their relationship or not. Meanwhile, a huge disaster might take place, which will help Drew show his heroic side. Looks like he might help Carly tackle the Danger. And this will lead to Carly and Drew growing further close to each other.

This week, a lot of couples are going to either reconnect or might get deeper in love. The preview clip further showed Brook and Harrison looking at each other. Looks like the love portion, which Olivia introduced, did not only work for Dante and Sam. But, it also worked wonders for Harrison. It is teased that Harrison might confess his feelings to Brook after gulping down the love drink. Will Brook also confess her feelings? We will know that in this week.

As for Curtis and Portia, they will also share a sweet moment together. The preview clip shows Curtis and Portia clinking their glass and having a meal together. Over here, Curtis might share about his dreams with Portia. However, she might remain on edge about the paternity secret.

Next, Finn and Elizabeth are seen kissing in the clip. Fans know that Elizabeth is already going through a lot of traumatic flashbacks. She clearly warned Finn not to meddle into her problems. However, Finn will not just sit and watch her suffer. With the kiss, does this mean Liz is ready to give Finn a chance and help her in her problematic time? We will know that.

Lastly, Willow and Michael are also seen together. Possibilities are there that they might come to join the picnic. However, Willow already has poor health state. So, the main question over here is: did she try confessing her secrets to Michael? This week’s General Hospital episode might have the answer to it.

In the end, the preview video shows the hand of someone. He or she has gloves on and is holding a sharp object. What could that possibly be? It was already teased that the picnic might have some dangerous incidents taking place.

Could this sharp object and gloves be trying to hint at it? Or is someone trying to escape? What do you think? Watch the preview video and comment down below your thoughts. Watch General Hospital, which airs every Weekdays on ABC. For more information on updates and spoilers, visit our website, TV Season & Spoilers.