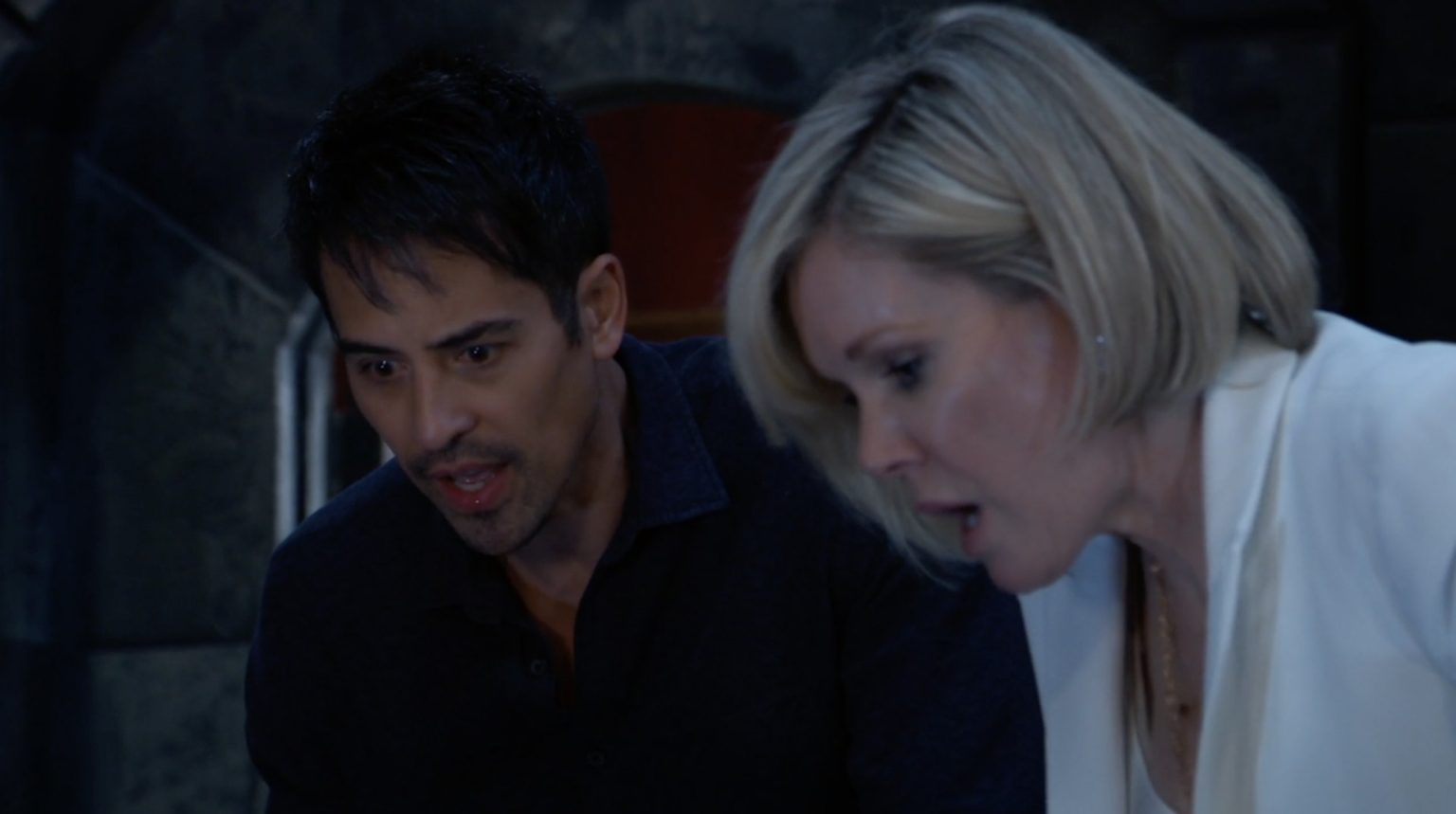 General Hospital recap for August 2, 2022, relayed the story of Ava and Esme’s big fight. Nikolas asked Ava if she shoved Esme off the parapet. Ava confessed they were fighting, and she tried to call 911. Nikolas advised against the plan and told her to stay put. Later, he found a shoe where Esme fell. The two of them wondered if she escaped alive or was dead. Nikolas assured Ava that he would be there for her no matter what.

In another part of town, Trina’s trial continued. Diane could frame Esme as the jealous girlfriend who had painted Trina as the criminal. Meanwhile, Spencer was arrested after his confession. Terry completed Willow’s biopsy procedure behind Michael’s back. What is happening there? Here is all about it.

In this episode of General Hospital, Nikolas quizzed Ava. He asked her if she indeed pushed Esme across the parapet. Ava explained that the two of them were fighting over the letter. Later, she decided to call 911 for help. Nikolas stopped her because it would make it look like she had pushed Esme.

When alone, Ava stared at the bruise left behind after her fight with Esme. Nikolas found Esme’s shoe and told her that’s all he could find where she fell. Ava understood there was no way to tell if Esme was dead or alive. The two of them agreed that she could be alive as well. Ava was worried that her DNA would be all over Esme, but Nikolas assured her that wouldn’t be the case.

Later, Ava wondered what would happen if Esme showed up alive later. Nikolas agreed that if she came, people would choose to believe her over Ava. Whatever happened, Nikolas told Ava he would be there for her.

after seeing the effect of opioids with alcohol on Trina. Jordan wanted to confront Esme about this as Oz was still in a coma.

Speaking of Trina, her trial continued, and she was still on the stand. She continued to suggest that it was Esme who set her up. Diane’s line of questioning made Esme appear jealous because of Trina’s relationship with Spencer. Moreover, Esme was revengeful toward Josslyn as well.

On the other hand, the prosecution asked the jury to focus on all the evidence available against Trina. Diane fought back and suggested that the evidence was circumstantial and worked in favor of Esme’s vengeance. Trina was shattered to see Spencer being taken in by the police.

Michael Is Worried About Willow

In this episode of General Hospital, we saw Willow talking to Terry and Britt about her upcoming bone marrow biopsy. Willow wanted to be done with it as soon as possible. Terry offered to take her to the operating room. He praised her for her patience during the procedure and took the sample to the lab.

Michael was worried because he could not find Willow anywhere. He left her a voicemail and asked TJ Ashford as well. TJ did not reveal Willow’s ongoing medical dilemma. Willow arrived and suggested she was busy with another test. Michael did not believe her because Nelle had not needed so many tests when she was pregnant. General Hospital airs weekdays on ABC. Catch the latest news and spoilers from the show only on TV Season & Spoilers.