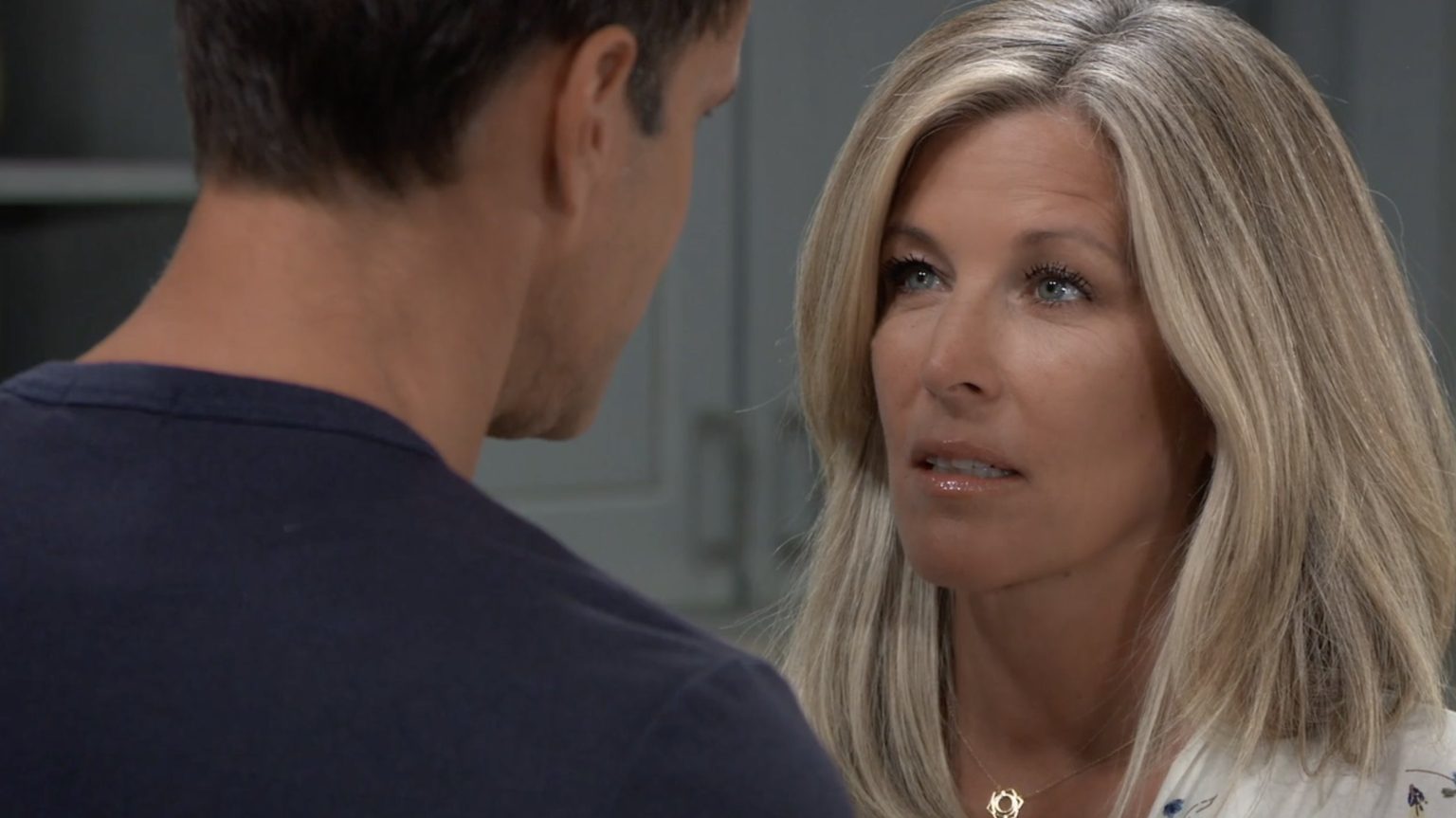 General Hospital recap for Monday, October 3, 2022, reveals the story of Drew and Carly. First, we saw Drew in Jacksonville informing Carly about Diane’s stabbing back home. However, he assured her that her kids were fine. Furthermore, he also arranged for an interview to work with Carly on the cemetery issue.

In Port Charles, Sasha arrived at Deception because she needed a dress for Brando’s funeral. She was worried because her cards were frozen, and she could not buy one. Maxie helped her with a dress and assured her things would get better for Sasha. Dante informed Sonny that he had found no evidence against Dex. Kristina insisted she wanted Dex as her bodyguard as she trusted him. How’d Sonny react to that? Here is all about it.

In this episode of General Hospital, we saw Carly learn about Diane Miller’s stabbing. Drew spoke with her in Jacksonville and informed her that her children were well cared for. Later, Drew came out of the shower in a towel and teased Carly before putting on some clothes. They discussed the cemetery case, and Drew informed Carly that he had arranged an interview with a reporter.

Carly was worried she might be questioned about her past. However, she was ready to face the issue once and for all. She decided not to fear the scrutiny that might come her way. Previously, we saw she had decided to fight Peyton after her mother’s cemetery was sanctioned to be made into a parking bay.

Meanwhile, we saw Sasha arrive at Deception and admit she needed an outfit for Brando’s funeral. She could not buy one because her cards were frozen. Brando was supposed to be her guardian, but in the current circumstances, things were messy. Maxie prepared a dress for Sasha and recalled her experience with Nathan West’s death. Furthermore, Maxie told Sasha to deal with things one step at a time. She assured her that Sasha would survive this ordeal, just like Maxie made it out fine.

In Pentonville, Cyrus helped Spencer and rescued him from a cruel inmate named “book”. Previously, Spencer had informed Victor that his inmates were bullying him for being a rich kid. Spencer pretended to be alright and assured everyone that things were under his control. However, Cyrus insisted that not all inmates feared Spencer’s power, given how successful his family was. Moreover, Cyrus assured him that he could handle guys like “book,” and hence Spencer should call him whenever he needed help in prison.

Dante Talks To Sonny, Diane Out Of Surgery

Further, in this episode of General Hospital, Dante asks Sonny about Dex’s whereabouts, and Kristina arrives at Pozzulo’s to rant about her bodyguard scaring customers away at Charlie’s. Kristina wanted Dex to join duty again and testified on his behalf to Sonny –she trusted him and believed he was innocent. Sonny insisted Kristina should work with her current bodyguards for now.

After Kristina left, Dante admitted he found no evidence against Dex and could not find him either. Furthermore, Dante wondered if Sonny knew anything about the matter. They were interrupted by an update on Diane -she was out of surgery. Alexis was relieved and glad to have Gregory by her side during the difficult time. General Hospital airs weekdays on ABC. Stay tuned with TV Season & Spoilers for the latest news and updates.