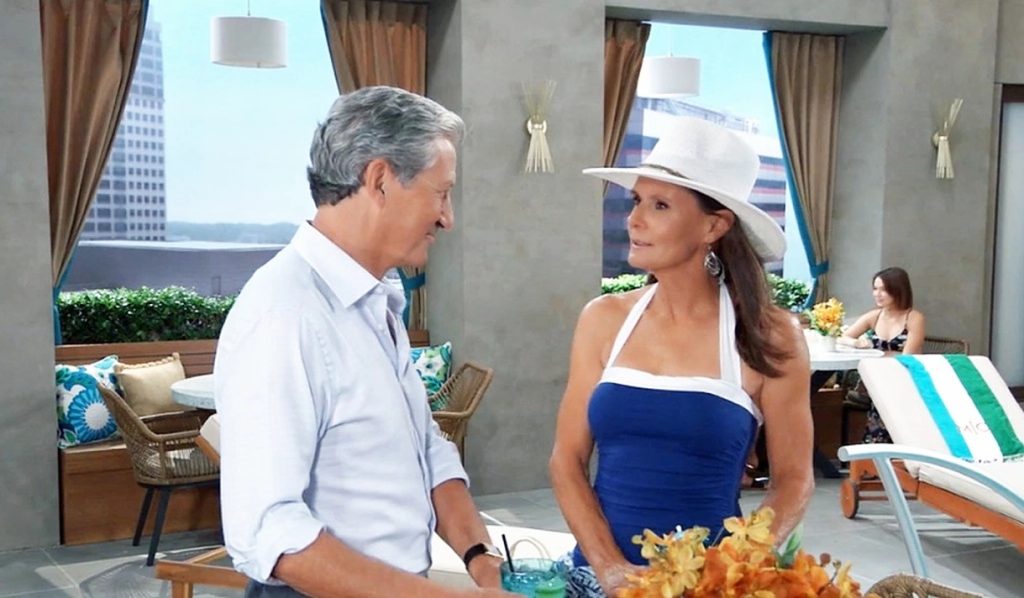 General Hospital recap for Thursday, September 22, 2022, revealed the story of Carly and Sonny. First, we saw Drew was concerned about Carly. He approached Sonny, who learned Carly never went to Aruba. Later, Carly called Sonny, who advised her to stay put in Jacksonville for her safety. After that, Peyton threatened Carly to leave, but Carly shut her down.

In this episode of General Hospital, we saw Drew pay his condolences to Sonny. He will respect what happened to Brando and take that into account. However, that won’t be it because Drew will inform him about losing all contact with Carly. Sonny contacted Mia, the leader of the seminar in Aruba. However, they informed him that Carly never arrived at the conferences and went to Jacksonville instead.

Nina arrived and told Sonny that Drew was very invested in Carly. Sonny pretended this was none of his business. Speaking of Carly, she left a voicemail to Josslyn. She met Peyton, who insisted there would be no change of plans for the parkway. Carly offered to discuss this over drinks, but Peyton taunted her about Carly losing her hotel and being penniless.

Meanwhile, at Charlie’s pub, Sonny received Carly’s phone call. She heard about Brando’s death and was scared to hear about the killer on the loose. Carly wanted to come home, but Sonny said he was taking care of the situation and it would be wise for her to stay in Jacksonville. Later, Peyton came and asked Carly to leave again.

However, Carly made it clear that she was here and going nowhere. Moreover, she would do anything to ensure Virginia Benson does not lose her resting place. Carly threatened Peyton that if she regretted knowing Carly in the past, the new Carly would be much worse.

Further, in this episode of General Hospital, Lucy was surprised at Victor’s choice of venue for their lunch. Lucy joked about Victor kidnapping her and played along with Victor’s flirting. Furthermore, she wanted to know more about his plans, but Victor was unsure if he could trust anyone. However, he was happy to find some alone time with her.

Meanwhile, Maxie was tired of Valentin and Anna’s questions about Lucy and Victor. Valentin tried to act cool, but Anna was worried about Lucy’s safety. If Victor realizes she is acting, Anna and Valentin would be in grave trouble. Maxie checked and learned Lucy’s schedule was clear but was alarmed by her social media post about following her stars, which also had a Jack o’lantern. Anna and Valentin were able to connect the dots.

They decided to head to The Haunted Star by boat. They ran into Victor’s henchmen, who drew their weapons after Valentin sneezed. Anna and Valentin looked nervous, surrounded by guarded men. Would the two of them be okay? We will know in the forthcoming episode. General Hospital airs weekdays on ABC. Stay tuned with TV Season & Spoilers for the latest news and spoilers.